News
Business
Movies
Sports
Cricket
Get Ahead
Money Tips
Shopping
Sign in  |  Create a Rediffmail account
Rediff.com  » News » 'Lockdown is the only option we have'

'For every epidemic, it takes a peak and then it comes down.'
'Usually, infections peak in 14 days, and you give another week's time after the peak.'
'That is why the lockdown is for 21 days.'

IMAGE: A policeman wearing a helmet and holding shields depicting coronavirus walks in a market area in Chennai to advise people to maintain a safe distance, April 2, 2020. Photograph: P Ravikumar/Reuters

The world has seen around a million coronavirus infections as on April 2.

Statistics reveal that a majority of those died are the elderly, above the age of 70 with existing health conditions like hypertension and diabetes.

Why is it that people with diabetes are at high risk?

What should they do to remain safe?

The issue is of strong relevance to India which, with 50.9 million diabetics, is described as the diabetes capital of the world.

Answering these questions is Dr A Ramachandran, an internationally known diabetologist with an experience of 48 years.

A member of the expert advisory committee on diabetes for WHO, he is the founder of Dr A Ramachandran's Diabetic Hospitals and president of the India Diabetes Research Foundation. He is also a visiting professor at the Imperial College, London.

"The question is whether people with diabetes are at a higher risk of contracting the infection. No. In China, they didn't find that. But once you get the infection, the outcome will be more serious in those with diabetes," Dr Ramachandran tells Shobha Warrier/Rediff.com.

It is said that the most vulnerable against the coronavirus that attacks the respiratory system are the elderly with hypertension and diabetes. Why is it that people with diabetes are at a higher risk?

It is because diabetes reduces your general immunity level, for two reasons. One, because of tissue hyper glycemia, which means when the glucose level is high, the organisms find it easy to grow in the tissues.

So, in uncontrolled diabetes, the epithelium of the bronchial system will be more vulnerable for the virus to be growing there.

Secondly, the immunity also comes down because the defence mechanism is fighting the virus. So, the power of the WBC is reduced in tissues with diabetes.

The question is whether people with diabetes are at a higher risk of contracting the infection. No. In China, they didn't find that.

But once you get the infection, the outcome will be more serious in those with diabetes.

For example, the death rate of diabetic patients was 7.3% compared to the total percentage of 2.3%.

The other problem is that patients with diabetes are mostly aged.

First of all, age is a risk and as age advances, the number of people with diabetes also increases.

So, when you are an elderly person, you are likely to have diabetes. If only 15% of the general population has diabetes, among people above 65, 25% to 30% people have diabetes.

It is a bad combination to have both diabetes and cardio-vascular disease.

There is no doubt, people with controlled diabetes behave like non-diabetics. Therefore, it is important that people with long term diabetes, especially people with multiple doses of insulin, have to be more careful in these circumstances.

An infection can suddenly increase their glucose level and can go uncontrolled.

They say that all the elderly in society should quarantine themselves whether they have any illness or not. Is that the precaution people with diabetes should take as well?

The precautions that they should take is not different for what elderly people with diabetes or without diabetes. All of them have to do social distancing, wash their hands with soaps after they go out.

So, the precautions are not different except that you make sure your diabetes is under good control. That is because even if you get an ordinary infection, the risk is much higher if you are diabetic.

But if you get fever, if you get cough and if you are diabetic, it is better you call your doctor and get an earlier hospitalisation done. Because it can get worse and the complication can be more severe.

Because not much testing is being done in India, do you think it puts people with diabetes more at risk?

The number of cases which is now reported by the ministry of health is definitely an underestimation; there is no doubt about that. It may be ten times more than that.

The best thing, more than testing is, social distancing.

What the Government of India has done, what the prime minister has done, is exactly the right thing.

Even if you test negative once, you can test positive later.

Also, you can be asymptomatic for 14 days even if you are infected. So, that person can be a potential infector.

Therefore, testing alone is not enough; distancing, and avoiding crowds is the most effective method.

The other point is you should not get scared because in 80% to 85% of the people, it goes like an ordinary flu. You may get a little fever, you may get a cough but it will go away.

Unfortunately, the death rate is higher than the common flu. But you must know that 85% of the people came out of the infection successfully.

So, avoiding the infection is the best way. Yes, be at home and don't step out. Yes, you are paying a very big price for this. But that is absolutely justified.

Would you say people with better immunity survive even if they are diabetic?

Of course. The recovery is there. Still, the death rate is definitely much less than SARS. SARS was less contagious, but this virus is very contagious.

It is like lightning, like wild fire. Even though the death rate is low, it is infecting millions of people in a few days.

And in India, we cannot afford to have such a situation.

How can you improve immunity?

We do not know how to improve your immunity system just like that.

Be healthy, exercise, breathe well, have good food. But you cannot improve your immunity immediately.

They have to do some exercise at home like doing yoga or walk on the terrace.

If you live in a very clean area and nobody is going to the park in your area, you can go there.

If somebody is walking around with infection and coughing when you are passing, you are inviting trouble.

So, at this point, you can afford to sacrifice your exercise.

Do you feel this is a warning for the entire world which has neglected healthcare for quite some time?

I wouldn't say so. Because even in developed countries, in the European countries where healthcare is very good, we could't stop this virus because we didn't have an anti-viral agent. Neither do we have a vaccine so far. It is a new strain of virus.

One of the reasons why there is higher mortality in countries like Italy is because the healthcare system is good and people are living longer. So, a large number of population there is above the age of 70.

The pyramid is different there unlike in India where you have more young people.

And the elderly is the most vulnerable lot. And these people also have co-morbidity like diabetes, cardio-vascular diseases, cancer while smokers will have respiratory diseases.

When you have these co-morbid conditions and you are an old person, you are at a higher risk.

I don't think you can blame the health system there because modern medicine and its progress have made people live longer. So, you have age-related diseases like diabetes, cancer and cardio vascular diseases much more in this population. And they becoming vulnerable is the problem.

Do you feel this is nature's way of telling people that it is unnatural to extend life artificially with modern medicine?

This only shows nature is more powerful than human beings!

When the tsunami came, nobody knew it was coming. Here, it is a known tsunami coming, but we do not know how to stop it.

The criticism against the UK and the US is that they have been taking it very slowly. In fact, India has done faster.

Because our healthcare system does not have enough testing kits, ventilators and hospital beds, social distancing and a lockdown are the only way of tackling the virus?

This is the only one option we have, and what the prime minister has done is correct.

There is no doubt our healthcare system is fragmented, and not up to the mark. However, we do not have the necessity to have so many ventilators in normal conditions. And nobody anticipated a pandemic like this to happen.

Even in the United States and UK, they do not have enough ventilators. That is because in normal conditions, we do not need so many ventilators. We cannot blame the health system for that.

So, the lockdown is the only option we have and even if it is efficient by 75% to 85%, that is good enough.

For every epidemic, it takes a peak and then it comes down. Usually, infections peak in 14 days, and you give another week's time after the peak. That is why the lockdown is for 21 days.

Had it been two weeks, it is too low and had it been 4 weeks, it would have been too long.

You will know after two weeks whether there will be an extension or whether it will end in 21 days.

Which direction do you think is the trajectory of the virus going?

Even though there is under-reporting, there has not been too many deaths. That's a good point.

The second point is, we do not know whether the survival of the virus in a temperate climate like ours is shortened by the temperature. Most viruses survive better in cold weather.

Another thing is, we do not know whether there is difference in immunity for our people. There could be definite differences in defence mechanisms and also response to certain virus infections.

Then, we have to see whether the virus has gone for a spontaneous mutation after going from continent to continent.

If it has become less virulent, we are lucky.

Also, it is a fact that we are exposed to more infections than white people. So, there is a possibility that Indians may have a little higher immunity.

Of course, these are all hypotheses.

The proof will be evident in two weeks's time. 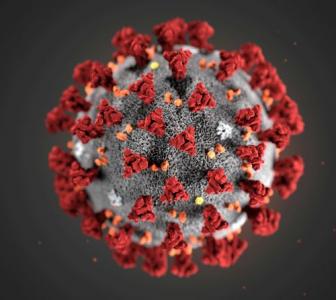