News
Business
Movies
Sports
Cricket
Get Ahead
Money Tips
Shopping
Sign in  |  Create a Rediffmail account
Rediff.com  » News » 'India will take years to recover from what has been done and is being done by the government'

'Today, the State is permanently going after politicians, but also civil society, academics and all those it is threatened by or irritated with.' 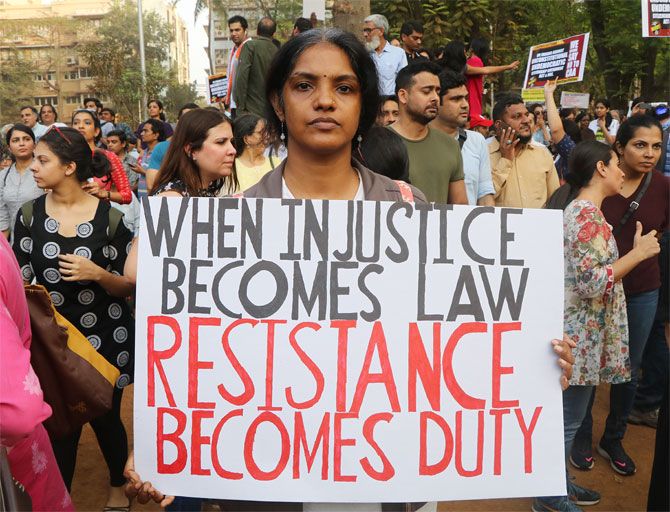 Former Amnesty International India director and human rights campaigner Aakar Patel tells Prasanna D Zore/Rediff.com how the Narendra Damodardas Modi government is methodically suppressing all kinds of dissent even as it fails to strengthen the Indian economy and borders.

The Bharatiya Janata Party's Surat MLA Purnesh Modi recently filed a complaint against Patel for allegedly promoting enmity between different groups on grounds of religion, race, etc, and the Surat police registered an FIR against Patel under Section 153A of the Indian Penal Code.

"I have done nothing wrong. I will defend myself in the case," says Patel who is one of the many staunch critics of the Modi government.

What makes the Modi government strike against anybody who opposes it?

Authoritarian leaders and parties do not tolerate dissent. They use the State to suppress those who are opposed to them and those who are independent.

Could you give examples how the Modi government is suppressing the voices of its critics?

One can see the action against individuals like Shashi Tharoor, Prannoy Roy, P Chidambaram and Raghav Bahl as both persecution and a signal to the rest.

What was the case filed against you by the Surat BJP MLA?

I cannot say I was surprised that the FIR was filed because its contents are factual. My defence will be the truth.

How are you planning to take on this case against you?

I have done nothing wrong. I will defend myself in the case and I will consult my lawyer to see if the FIR can be quashed.

What is the Modi government afraid of, despite being in such an unassailable position politically, that it wants to take on activists like you?

I don't know if my case is linked to the wider problem and perhaps it may not be. But it is true that there is a strong dislike of activists and this has been the consistent position of this government from the beginning.

The recent legislation against the FCRA law is a continuation of this hostility towards civil society in India.

Is there a method to the Modi government's actions when it comes to suppressing voices of dissent on the ground as well as the Opposition in Parliament?

The Emergency saw the silencing for two years of essentially political voices and the media.

Today, the State is permanently going after politicians, but also civil society, academics and all those it is threatened by or irritated with.

The media doesn't need to be silenced because most of it backs the State and its majoritarian agenda.

The Union government is the largest advertiser in South Asia. That's a pretty big carrot to dangle, and the government also liberally uses the stick in terms of denial of advertising, denial of license and other means of harassing media owners.

How are the beneficiaries of foreign donations planning to raise money after the FCRA squeeze? What drives those NGOs who fight for social, political and economic justice for India's poor?

Some NGOs who are not delivery-based will likely be able to get by easier. Those who have an end delivery (building schools or giving vaccines, etc) which require resources will find it tougher.

But activists are a special type and most who are affected by this change in law will continue their work even if it is curtailed in some way.

People may not know that FCRA was a law meant to exclude foreign contribution to political parties. They have slipped out of the law and instead turned it around to target NGOs.

Are you happy with the way India's Opposition parties, nationally and at the state level, fighting the Modi government's iron fist policies?

It would be hard to look around and see much political resistance to what is going on. Whether this is because of a lack of effort, a lack of opportunity or a lack of talent is something that needs to be examined.

What ails India's Opposition? Why are they not able to come up with a united front against this government's draconian policies?

There are several things. A lack of resources, an uncertainty of how to grapple with the shift in the media. At the moment, of course there is little opportunity to act on the ground because of Covid restrictions.

Above all, in my view it is difficult to counter majoritarianism in the short term because there is purchase for it on the sub-continent.

I think it is clear that Kashmiris have been told to stay in their place. The changes that have happened and the way in which they have been communicated make it clear that it was a message both to them and to the BJP's core supporters.

This is sad because we insist Kashmiris are Indians, but treat them as if they were not.

In my opinion, Muslims have become quite fearful of what this government is doing and can do.

There seems to be no letting up of the majoritarian agenda at all even with the economy in crisis.

What are the Modi government's failures that may cost the nation dear?

On the economy, the problem is a lack of acknowledgment that the economy began to slide according to government data from January 2018. It has since deteriorated.

What is not acknowledged cannot be fixed.

The same lack of acknowledgement appears to be the problem at the border (the India-China military standoff in Ladakh).

Socially, the damage is immense and India will take years and perhaps decades to recover from what has been done and is being done by the government. 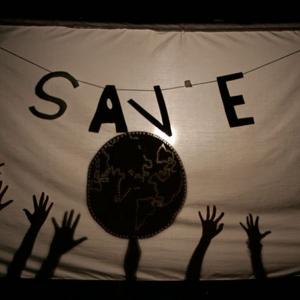