'If two regional parties in Jammu and Kashmir find common ground to rule the state, they would have given a more stable and efficient government.'
'This was a good possibility of restoring peace in Kashmir.'
'If you really wanted to give peace a chance, we should have allowed them to form a government.' 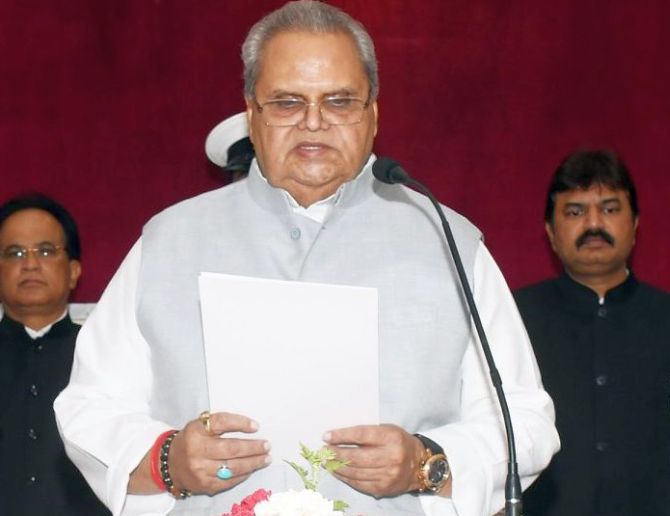 Jammu and Kashmir on Wednesday, November 21, saw a flurry of political activity as Governor Satya Pal Malik dissolved the state assembly shortly after rival alliances staked a claim to form the government.

The 87-member state assembly had been in suspended animation since the BJP withdrew support to the Mehbooba Mufti government in June.

Amid the emerging political chaos, Professor Faizan Mustafa, vice- chancellor, NALSAR University of Law, Hyderabad, a well-known Constitutional expert, tells Syed Firdaus Ashraf/Rediff.com that the governor should have ideally allowed the regional parties to form a government and should have encouraged it rather than opting for central rule.

The governor's decision, Professor Mustafa says "can be challenged in the Supreme Court".

Do you think the governor of Jammu and Kashmir did the right thing by dissolving the assembly?

I read this morning that there was going to be some grand coalition of the National Conference, Peoples Democratic Party and the Congress.

Now if this grand coalition was going to be formed, then they would have formed the government in J&K.

So it looks like the governor's decision was politically motivated as the House was not dissolved for so many months and suddenly it was being done.

The other thing is that J&K has a slightly different Constitution from our Constitution and according to it, governor's rule can be only for six months and this duration was coming to an end.

If this was the case, then it is a fait accompli as no one was coming to forward to form the government and the governor could not go beyond six months, so there would be President's rule.

But if this move has been done to stop the new coalition government from being formed, then this is not right, as ideally the governor should try to form a popular government.

In your opinion, should the governor have waited till December when the six-month duration would have ended?

The governor is not bound to wait.

But such decisions of the governor in all the Indian states are invariably political and they accept the diktats of the Centre.

The governor's office in India in the last 70 years has become political even though it should be a non-political one.

Mehbooba Mufti was about to stake a claim to form the government when the assembly was dissolved.

The governor's decision is against democracy.

In a democracy, at all points of time the job of the governor is to explore the possibility of the formation of a popular government. So if that possibility was created today and the governor dissolved the House, then this is not right.

In fact, in the S R Bommai case, the Supreme Court said if the governor has dissolved the House in a malafide manner, then they may restore the House.

So far, the Supreme Court has not restored the House in any case, but they can restore the House and they have that power.

The governor can always say Mehbooba Mufti was trying to form an opportunistic alliance with the Congress and National Conference as these parties had fought against each other in the assembly election.

Politics is the art of the possible.

Moreover, the BJP's alliance with the PDP was similarly unethical in J&K.

The BJP has no face to claim that the Congress, PDP and NC alliance is unethical. These are regional parties and if they want to come together and give a stable government, I think it is a welcome move.

The governor should have ideally allowed them to form the government and encouraged it rather than have central rule and have signs of dissatisfaction.

If we have to follow (Atal Bihari) Vajpayee's policy of 'Insaniyat' and 'Kashmiriyat', then if two regional parties of Kashmir come together to form a government and we do not allow them to form a government, it means that we are not preaching what we claim we believe in.

The National Conference and PDP fought on opposing ideologies and the people didn't give them a mandate.

The BJP and PDP too fought against each other and then they formed a government. Such things happen in politics.

I would appreciate it if two regional parties of Jammu and Kashmir find common ground to rule the state as they are rooted in Kashmir. They would have given a more stable and efficient government.

This was a good possibility of restoring peace in Kashmir.

In the last few years whatever little was achieved in a decade or so was lost and so many Kashmiris are feeling alienated.

If you really wanted to give peace a chance, we should have allowed them to form a government.

Can this decision be challenged in the Supreme Court?

Yes, this can be challenged in the Supreme Court. 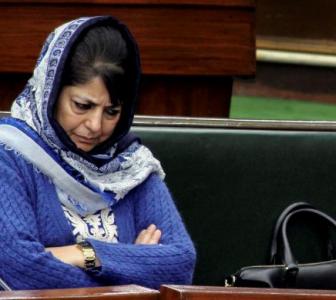 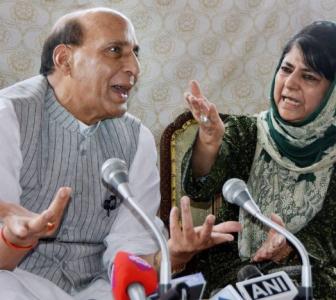 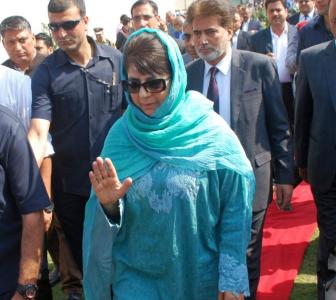