'The Ladakh clashes are mere warning signals of the storm to come on May 22 when the Chinese parliament meets,' observes Colonel Anil A Athale (retd). 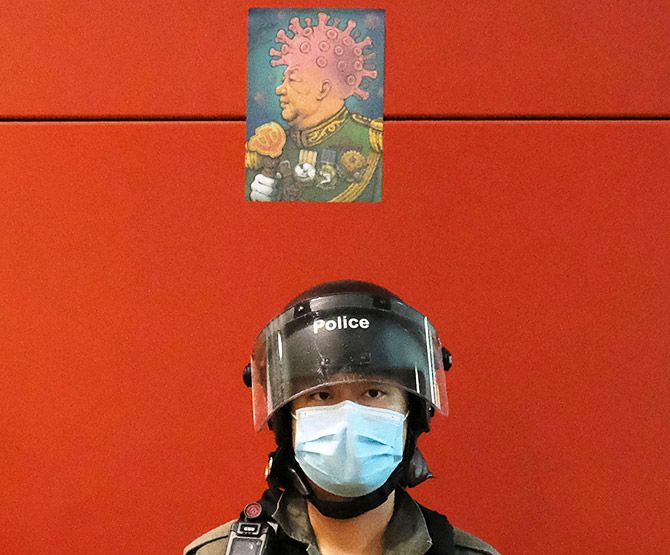 As the world battles the coronavirus in a desperate struggle, there have been intriguing events happening on the India-China border.

The incidents in Sikkim and the Pengong Tsu area of Ladakh could not have come at a worse time as far as China is concerned.

Already in the dock over the handling of the COVID-19 outbreak, why China would open another front is the logical question.

As someone who began his military career in Ladakh 52 years ago and is familiar with the geography and military situation in Ladakh, one thing is for sure -- these are no local incidents.

The incident in Sikkim could well be classed as 'local', but the standoff in the Pengong Tsu (lake) area is anything but local.

The area is not remote and is close to the higher headquarters of both the Indian and Chinese armies.

In a tightly controlled Chinese army, these situations must have been orchestrated at the highest level of army command.

The situation in Ladakh has the potential to escalate as India now matches China in that area, gun for gun and tank for tank!

One possible explanation for the recent event could be that the Chinese are trying to help Pakistan.

With the recent setbacks to Pakistan-backed Kashmiri terrorists and the ever present possibility of Indian retaliation against Pakistan, China may well be trying to heat up the border to help Pakistan.

But given the fact that events in Ladakh are too remote from the Kashmir valley and India has adequate force to deal with both issues, this seems unlikely.

Possibly the border incidents have a link not to external, but internal issues in China.

Let me explain. It is no secret that Xi Jinping -- China's supreme leader; general secretary of the Chinese Communist Party, president of the People's Republic of China and chairman of China's military commission -- has been cultivating good relations with India for several years as a hedge against US and Western hostility.

Now that the West is up in arms against China, all the more reason for Xi to not antagonise India.

One may recall that just when Xi visited India in September 2014 to forge new ties with India, there were incidents in Ladakh. Some lobbies in China appeared to work against the rapprochement with India.

There were unconfirmed reports later that the local Chinese military commander was subsequently sacked.

The current tensions in Ladakh come at an awkward time for Xi as he faces the Chinese parliament on May 22. The incident may well have been engineered by the anti-Xi faction in the Chinese Communist Party.

God and the Chinese Communist Party work in mysterious ways.

There is enough historical precedent to show that the rest of the world was totally unaware of inner-party struggles in the 1950s and 1960s.

Mao Zedong's Cultural Revolution that saw the downgrading of Premier Zhou Enlai in the 1960s, the sudden ouster and death of Lin Biao (the People's Liberation Army commander and Mao's heir apparent) in September 1971, the rise of Deng Xiaoping and the ouster of Mao's widow Jiang Qing and the 'Gang of Four', all came without much warning.

The recent clashes in Ladakh between Indian and Chinese troops may well be a signal of loosening control by Xi Iinping as he battles for survival.

Xi's handling of the COVID-19 crisis may well have solidified opposition to him in the Chinese Communist Party.

China's initial denial, the attempt at a cover-up and the later admission of a much higher death toll has severely dented the Chinese image globally. Leave alone Europe, even otherwise pliant African countries seem to have risen in revolt against China.

This is signified by the fact that many of these countries have returned the Chinese testing kits as well as personal protective equipment as sub-standard.

The anti-Xi Jinping faction (there is evidence of its existence) may well use these 'mistakes' to oust Xi. The more liberal Jiang Zemin -- former general secretary of the CCP -- and his faction may well be down, but are not out.

The Chinese can then claim that the pandemic was Xi's fault and carry out course correction. The world reality is that China stands on the edge of being shunned globally.

The economic consequences of anti-China measures can have a devastating effect on its export-oriented economy. Xi's ouster and new and more open policies may well be a prescription that the Chinese Communist Party may be looking at.

The Ladakh clashes are mere warning signals of the storm to come on May 22 when the Chinese parliament meets.

Many have also linked Nepal's sudden move to oppose the Indian road to the Lipu Lekh pass to Chinese intrigue.

This road will make the Indian pilgrimage to Mount Kailash easier. While China may well have instigated Nepal, more importantly it is an economic issue for Nepal.

Many Indians wishing to visit Kailash take the tour from Kathmandu. With the opening of the Lipu Lekh pass, the Nepal tourism industry stands to lose. The Nepalese upping the ante may well be due to this reason rather than any Chinese intrigue.

All in all, we are in for interesting times as the Chinese say.

Colonel Anil A Athale (retd) is a military historian and strategic thinker. 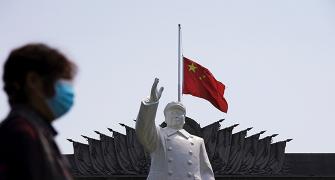 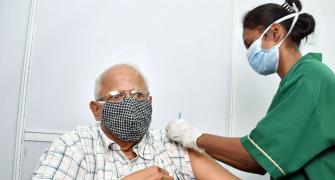