'It is high time that we act instead of just talking about how and why the climate is changing.' 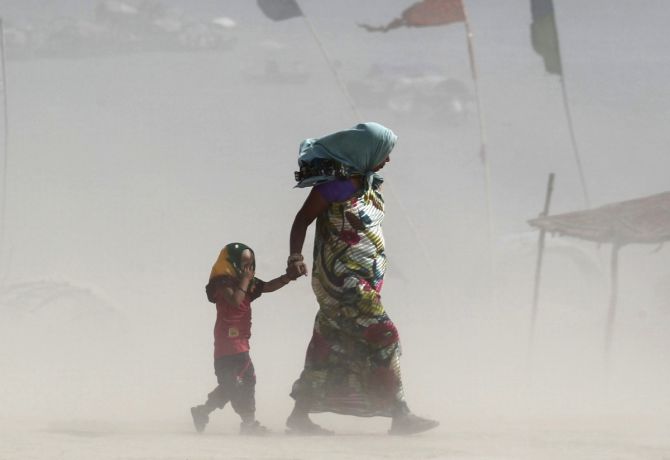 IMAGE: A mother and child walk during a dust storm on a hot summer day. Photograph: Jitendra Prakash/Reuters

The UN secretary-general has described the latest report released by the Intergovernmental Panel on Climate Change as 'code red'.

The report, prepared by 234 scientists from 66 countries, says human influence has warmed the climate at a rate that is unprecedented in the last 2,000 years.

Another shocking revelation in the report is that the global surface temperature has increased faster since 1970 than in any other 50-year period over at least the last 2,000 years.

For example, temperatures during 2011-2020 exceed those of the most recent multi-century warming period, which is around 6,500 years ago.

And the global mean sea level has risen faster since the year 1900, as compared to any preceding century in at least the last 3,000 years.

The report says that emissions of greenhouse gases from human activities are responsible for approximately 1.1°C of warming between 1850-1900.

It adds that the global temperature is expected to rise by 1.5°C in the next two decades. 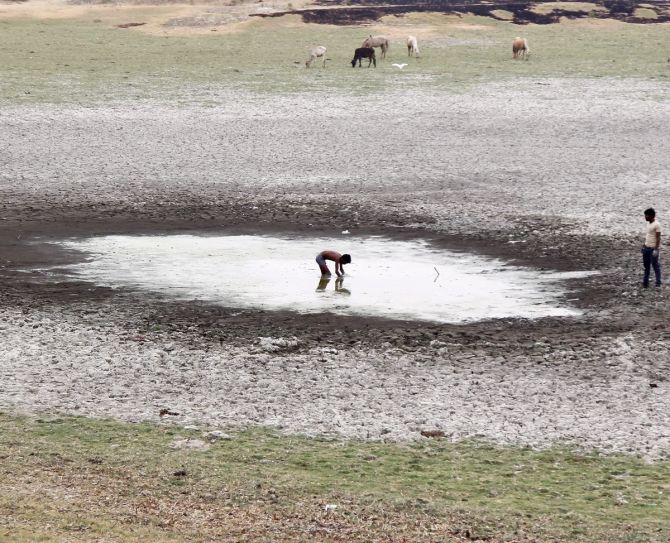 People in general have accepted that climate change is a reality and there is no escape from it. But the latest IPCC report has shocked even the cynics. Is it not alarming that global temperature is likely to rise by 1.5 degrees in the next 20 years? Twenty years is not that far away.

The report is based on data and the picture has become clearer because all the scientists came together and compiled this report.

The most shocking part of the report is that we will breach 1.5 degrees Celsius in the next two decades, and 2 degrees in the subsequent two decades.

This will happen even if we uphold the present commitments we have made in terms of mitigation and adaptation to the Paris Agreement; they are insufficient to keep the temperature increase below 2 degrees C.

If the Paris Agreement is not sufficient to reduce the impact of climate change, what urgent measures should countries take?

The most important thing we can do is curb emissions drastically.

We need to curb emissions at least 10 times more than what we are committed to through Nationally Determined Contributions at the Paris Agreement.

Solving this problem is not in the hands of one nation. 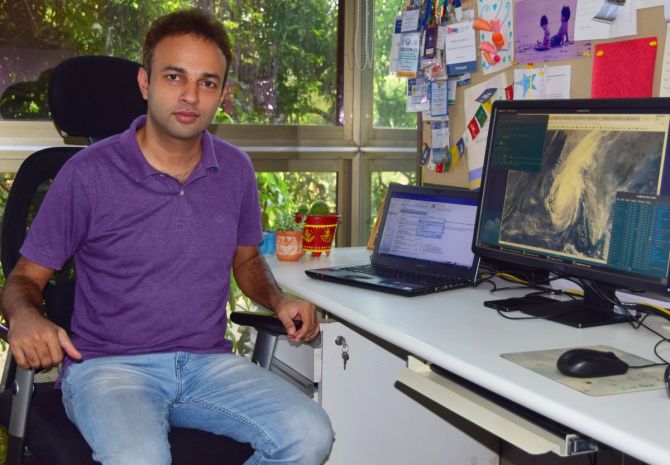 All these are based on fossil fuels. So we have to urgently find and invest in alternative sources of energy.

That is, moving to a renewable source of energy?

The entire world is trying to transition to renewable sources of energy but the transition has to be swift.

We cannot afford to take decades for this transition; we have to do it in a few years.

In the meantime, we should also be talking about efficient use of energy, whether it is transportation or electronic devices or electricity. All these should consume less energy; they should be energy efficient.

Are human beings not responsible for this dire situation?

Yes, all of us are responsible in some way or the other in aggravating the situation.

However, if you look at the cumulative emission of all the developed countries put together, we see that they are largely responsible. But we cannot go on blaming each other.

India, as a developing nation, can say we will emit because you have emitted. But that doesn't help anyone.

Even if Europe or any other developed nation cuts emissions and a country like India continues to emit, it will worsen the situation.

Instead, India has a huge opportunity to be a leader in terms of innovation in transitioning towards renewable sources of energy at least in the South Asian region. 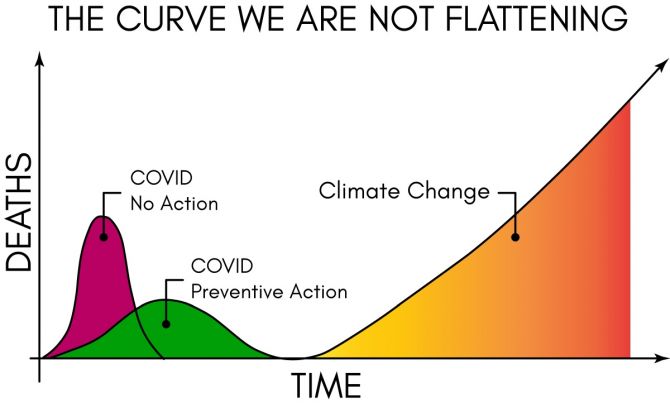 Do you feel that highly populous countries like India and China can create havoc, but also bring about changes?

Yes. Imagine more than 1 billion people using energy in huge amounts like the US does.

Though we are not doing it now, that number is going up at an exponential rate.

The energy usage will be luxurious in the coming years.

The availability of technology is much more now than earlier, when the Industrial Revolution started in Europe. They didn't have the technology to use renewable sources then.

But we have the opportunity now to invest in renewable energy sources, at least for future generations in India.

Even today, politicians all over the world look upon those who talk about climate change with disdain. Look, for example, at how Trump ridiculed a girl activist like Greta Thumberg. Do you feel political leaders of many countries are not aware of the gravity of the situation?

In the US, even today, a lot of misinformation is going around.

It depends on the political mindset. A lot of them do not accept the facts of climate change even though the data is right in front of their faces.

Scientists have been proving with evidence that climate change is happening because of these reasons.

It is high time that we act instead of just talking about how and why the climate is changing.

Even in the US, opinions are changing because of these reports.

Of course, extreme weather events are happening frequently over there like the wildfires and the heatwave in the US and the floods that are happening across Europe at regular intervals. 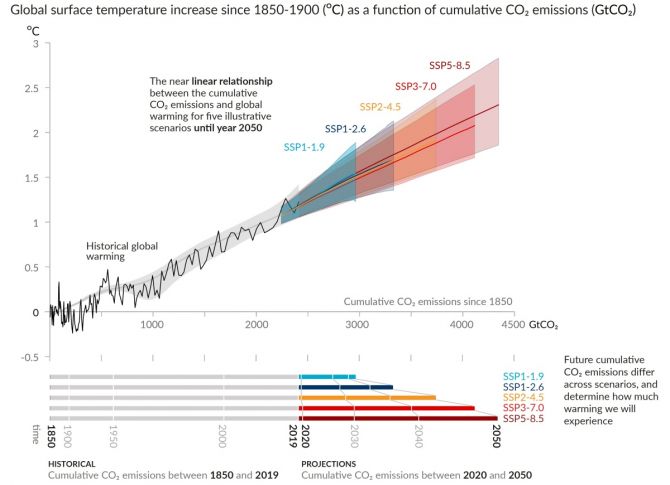 The same attitude is there here as well. In the early Eighties, I remember poet Sugatha Kumari warning the people of Kerala about floods and landslides because they were destroying the Western Ghats and forests like the Silent Valley. She was mocked for being an alarmist by both the public and the politicians. Now, floods and landslides are a reality there.

Very true. The problem is, many of the decisions about climate and the environment are political.

Whether it is the local administration or the state government or the central government, decisions are taken with votes in mind. That's their immediate priority.

That's why even though they recognise the challenges thrown up by climate change, they are not forced to take any action.

For example, if there are floods or landslides in Kerala or Himachal Pradesh, they just blame climate change and refuse to take any action locally.

Even though both the Gadgil report and the Kasturirangan report warned of serious consequences like landslides and floods if people continued to destroy the Western Ghats, no government took any action. Now, these occurrences have become a reality.

Exactly. It says we need to focus on those issues urgently because actions like destroying the Western Ghats aggravate climate change.

Of course, heavy rains are happening in places like Kerala. But when the Western Ghats are damaged, rains don't hold on to the soil in the hilly regions and landslides occur.

The rivers also cannot take this much flood water because their banks are encroached upon.

This is happening across parts of India. We saw floods in Maharashtra, landslides in Himachal, etc.

How much will a rise in temperature of 1.5 degrees affect a country like India?

There are parts of India that are vulnerable to heatwaves.

This includes the northwest belt starting from our border with Pakistan to Rajasthan and coming up to Andhra at an angle. We see that heatwaves are increasing in these regions.

On the other hand, states like Kerala have to bear the combined effect of the increase in temperature and humidity. 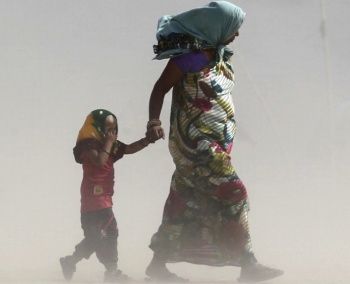 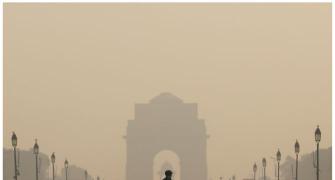