'These charges of the prosecution will fall to the ground and I am 100 per cent sure of that.' 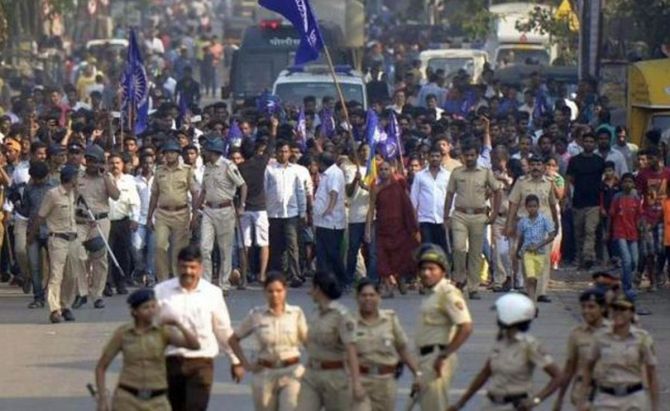 The National Investigation Agency in its draft charges submitted before a special court in Mumbai in the Elgar Parishad-Maoist links case has claimed the accused wanted to 'wage a war against the nation'.

The NIA draft chargesheet accused those arrested of being members of the banned Communist Party of India-Maoist and its front organisations to establish a 'Janata Sarkar' (people's government) via a revolution, and that they supported a commitment to armed struggle.

The NIA charged that on December 31, 2017, the Elgar Parishad event organised by the Kabir Kala Manch in Pune led to caste violence at Bhima Koregaon the next day, resulting in the death of one person.

"Those who are arrested are intellectuals opposing the government throughout the country," Justice B G Kolse Patil -- a retired judge of the Bombay high court and co-founder of the Elgar Parishad that organised the December 31, 2017, event to commemorate 200 years of the Battle of Bhima-Koregaon in Pune -- tells Rediff.com's Syed Firdaus Ashraf.

The NIA has claimed in its chargesheet that the Bhima-Koregaon accused waged war against the country.

Charges are 100 per cent false.

The persons who are arrested under the guise of the Bhima Koregaon-Elgar Parishad case were not the organisers.

Myself and Justice P B Sawant were the organisers of the Elgar Parishad.

We don't know these people by their far-fetched identity.

These accused are not connected with Bhima Koregaon (violence) too.

Those who are arrested are intellectuals opposing the government throughout the country.

I had the opportunity to work with (the late) Father Stan Swamy who was opposing 250 MoUs (memoranda of understanding) signed by the (Narendra Damodardas) Modi government (with corporates) after 2014.

Another accused, Gadling, is a lawyer and he defended Naxalites in court all his life.

The investigating officer in the Bhima Koregaon case had warned Gadling that he will ensure he goes to jail.

He did exactly that when he became the anti-terrorist squad chief in Maharashtra.

The Bhima Koregaon function happens every year and Dalits from across India organise events there.

Unlike every year, there was violence on January 1, 2018, and therefore there were arrests.

Violence was created by Sambhaji Bhide and Milind Ekbote for which documents are available.

The police story against the accused was put out after eight days and they took months to arrest these accused.

When the investigation was carried out by DIG (Deputy Inspector General of Police) Vishwas Nagre Patil, he appointed an inquiry committee which was headed by a Bharatiya Janata Party leader.

The committee came to the conclusion that it was Bhide and Ekbote (who were responsible for the violence).

The NIA's accusation is that Left intellectuals wanted to arouse the passions of Dalits at Bhima-Koregaon and try to overthrow the democratically elected government.

It was exposed (external link) by American IT company Arsenal.

It is on record now.

The accused were arrested first and their computers were seized by policemen.

Later on, the prosecution fed (fake) proof in their computers.

This is just horrible.

Criminal law says let 100 accused be acquitted, but one innocent person should not be convicted.

We don't know Hany Babu, so there is no question linking him to us and then making a story that these accused wanted to kill the prime minister of India.

You can read (such) details in Gujarat Files (a book by journalist Rana Ayyub). It is the same operation.

The charge of assassinating Prime Minister Modi has been dropped from the NIA chargesheet.

These charges of the prosecution will fall to the ground and I am 100 per cent sure of that.

We are waiting for the trial and trying to get the accused out on bail.

Look at their age, their status and their qualifications.

But having Maoist links is a serious allegation.

What is the evidence the prosecution has that links these accused to Maoist terror?

Suppose I have books linked to the Naxal (movement) in my house, can you say that I am linked to Naxals?

Everybody has a right to study what is going on in the country.

G N Saibaba (a Delhi university professor accused of being a Naxalite) might have some literature in his house. He is disabled, but still put in jail.

Aren't the NIA charges serious and harsh in nature?

They have put harsh charges because (they want) these accused should not get bail.

Have you found any weapons with these people?

Have they attacked someone or planned to attack?

A lady like Sudha Bharadwaj, who was earning good money in the US, came to India to serve the poor and you are accusing her (of such serious charges)!

The argument against these people is that their ideology is very dangerous to India as a nation.

What is going on in my mind, how can you find out?

We are serving poor people.

Take every individual who was arrested.

Be it Stan Swamy, Gadling or Sudha Bharadwaj, can you say they had bad ideology?

If there is any bad ideology, it is that of Prime Minister Narendra Modi.

It is not only them, but whoever is talking against the government is getting trapped.

Are you hopeful that these accused will be out of jail?

As far as the trial procedure is concerned, I have no idea how long the prosecution will take time to go on.

The government can delay this case by going in for adjournments.

You see the UAPA cases.

There is conviction of only 2-3 per cent and cases get delayed for no reason because the prosecution takes its time.

It means 97 per cent of the people are in jail for nothing and no reason.

Who are in jail?

Who died in police custody?

No one from the upper castes.

Do you feel the Bhima Koregaon case was planted by the State so that in future Dalits never get to show their power by organising huge rallies?

No Opposition parties can take on Modi. He has files on them.

Except Communist (leaders) and the Gandhi family, Modi has files on everyone.

I have been opposing the Sangh ideology from 1976.

Once you take on them, ask me (what happens) because I am experiencing it daily. 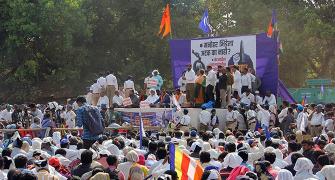 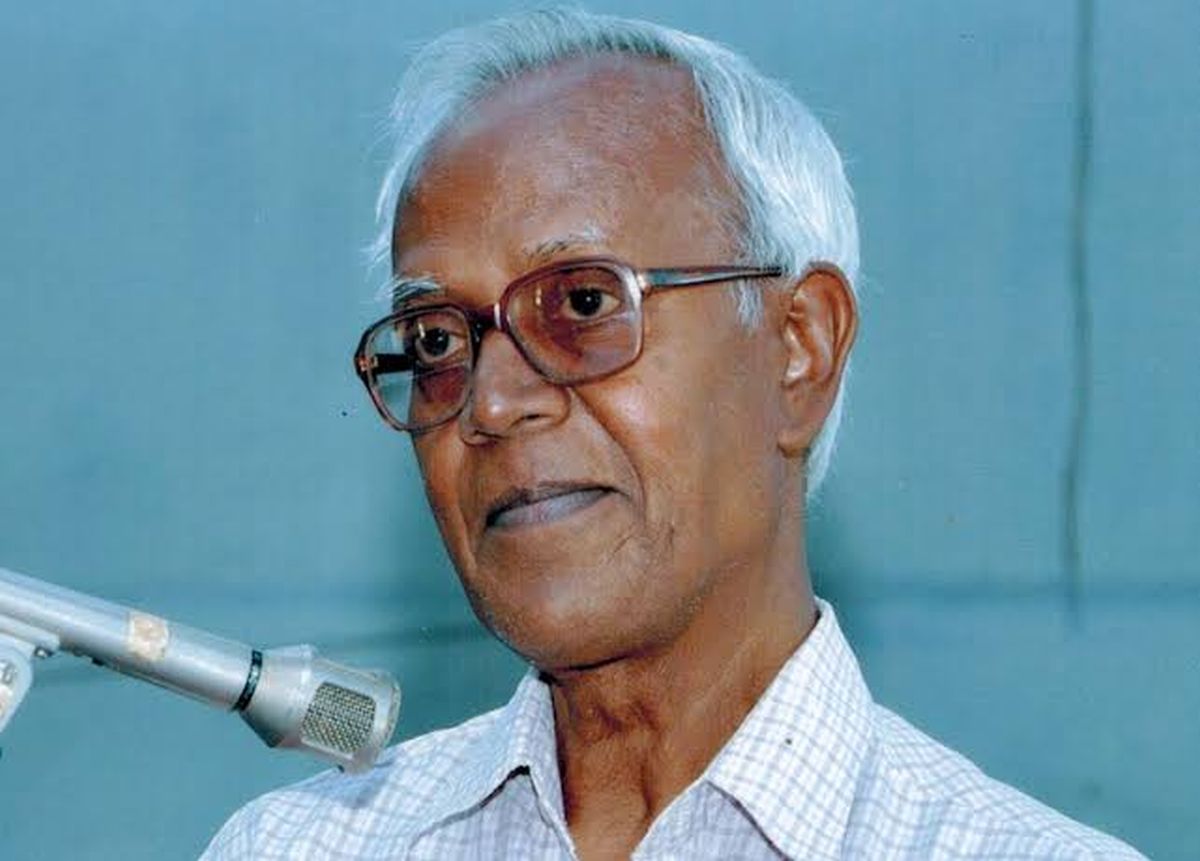