The Janata Dal-United, an ally of the Bharatiya Janata Party, opposed the government's move on Article 370 through a presidential order ending special status to Jammu and Kashmir.

On Monday, opposing the Narendra Modi-led government's decision, they walked out of the Rajya Sabha where the bill to split the state into two Union Territories was passed.

Similarly, last Tuesday, the JD-U walked out of the Rajya Sabha when the instant talaq bill was being put to vote.

In Patna, JD-U national spokesperson K C Tyagi said: “We completely differ with the Central government’s move on Jammu and Kashmir. There was a need for wider consultations on it, but no consultation was done even within the NDA. We own the legacy of socialist leaders Ram Manohar Lohia and Jayaprakash Narayan, who had opposed attempts to tamper with Article 370 during Congress (government in the past).”

Speaking to Syed Firdaus Ashraf/Rediff.com, the JD-U leader said that "walking out of Parliament won't affect our ties with the Bharatiya Janata Party".

Why does the Janata Dal-United walk out of Parliament when Article 370 was being discussed?

Jayaprakash Narayan (the late veteran socialist leader) and George Fernandes (the late Janata Dal-U mentor) had a political philosophy that Article 370 must remain. This is our party, the JD-U's political legacy. Therefore, we differ with the BJP on this issue.

I have more authority on Lohiaji than Amit Shah. I was in his political movement. So I know more about him than Amit Shah and at this moment I don’t want to go into the details of it.

(Interrupts)... Did the BJP ask the Shiv Sena, Akali Dal or JD-U before diluting Article 370? Two minutes before Parliament begun even God did not know what was going to happen in Parliament (on Monday).

When such bills are introduced in Parliament there has to be political awareness for everyone rather than doing work secretly. This is not democracy.

Only when the BJP is in trouble they think of NDA. They call for an NDA meeting only in the time of crisis.

Do you think walking out of Parliament will affect the alliance?

The JD-U walking out of Parliament will not affect our alliance with the BJP. From Atal Bihari Vajpayee to Amit Shah, everyone knows what is our political stand on Article 370.

Secondly, right from Ram Manohar Lohia to George Fernandes to Nitish Kumar till K C Tyagi knows what is the BJP’s political line on Article 370 and with this political understanding we are together as an alliance partner.

But when you walk out, isn't the unity of the NDA threatened? It gives a wrong message to your voters.

The NDA is not Ramayan, Quran or Bible. It is a political arrangement. This (walk out) does not send a wrong message (to voters).

People of India are rejoicing over the dilution of Article 370.

I don’t deny that. I am only saying the BJP did not ask JD-U about the dilution of Article 370 in Parliament. And ideological founders of our party have a very clear stand on it and they wanted this provision to be a part of the Indian Constitution.

Even Ajay Alok, who till recently was a JD-U leader, stated on Twitter that Nitish Kumar must support the abrogation of Article 370.

He is not in our party so there is no point talking about him. 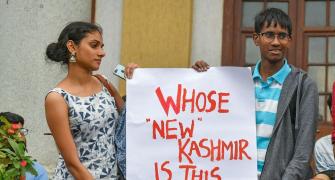 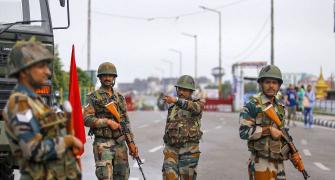 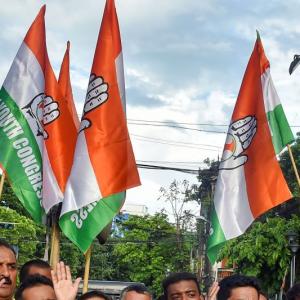