'It is possible that these terrorists took advantage of the chaos and escaped in the melee.' 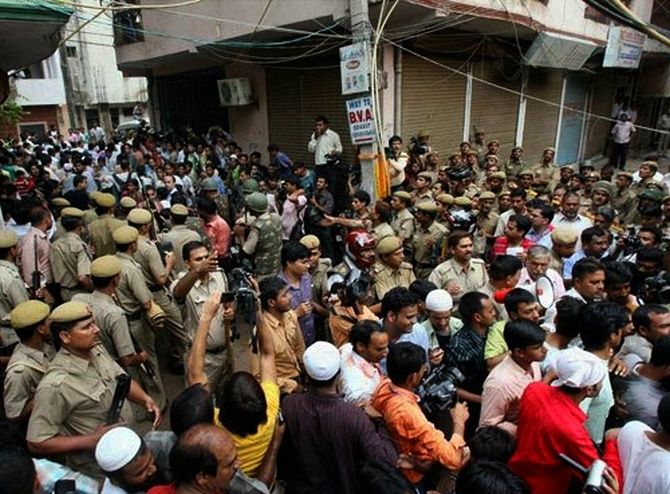 Want to know how exactly the Delhi police officers engaged with terrorists at Batla House?

In the second part of this interview to Prasanna D Zore/Rediff.com, Karnal Singh, then the joint commissioner of police who was in charge of the investigation into the serial blasts that rocked Delhi on September 13, 2008, reveals what happened during the encounter.

Karnal Singh has just published the riveting Batla House: An Encounter That Shook The Nation.

Is it plausible in hindsight that the serial blasts in Jaipur on May 13, 2008, on July 26, 2008 in Ahmedabad and the blast at Karol Bagh on September 13, 2008 Delhi, were a ploy to distract the Indian intelligence and security establishments so that the November 26, 2008 Mumbai terror attacks could be executed?

No such evidence has come (on record) till now to indicate that they (these blasts) had any connections to sidetrack the intelligence agencies (away from what was going to happen in Mumbai on November 26, 2008).

So there is no plausible hint to suggest that these blasts culminated in the 2008 Mumbai terror attacks?

What was going through your mind between 11 am when you received a call from Inspector Mohan Chand Sharma to tell you that his team was going in and at 11.10 am when then assistant commissioner of police Sanjeev Kumar Yadav informed you that Inspector Sharma and Head Constable Balwant Singh had been shot?

When he (Inspector Sharma) told me he was going in (to raid Batla House), there was expectations of cracking the case.

We had developed information based on two clues, which we got from the Intelligence Bureau and from the Gujarat police. But at that time (when Inspector Sharma called at 11 am), it was not absolutely confirmed that these are the terrorists from the Indian Mujahideen.

So, the thoughts were whether we are on the right track, whether these people are terrorists from the Indian Mujahideen. That was number one .

Number two, I was hoping that Mohan would be successful and we will apprehend them (the terrorists) because once we apprehended them we could find out after interrogation (about) their whole network.

(ACP) Sanjeev (Yadav)'s call at 11.10 am was like a bombshell; I had never expected that such a thing would happen.

He (ACP Yadav) gave me two bits of information that these two officers were shot, they had got bullet injuries, they were being shifted to hospitals, and terrorists were still holed up inside (Batla House).

I asked him to contain the terrorists and that I was requisitioning more force and reaching the spot.

Immediately I moved out even as I called in for five companies and one platoon of commandos from police headquarters to be immediately rushed to the spot.

I was not sure what operation we would have had to do there. You have to think in advance about these details before you go in. \

By the time I reached the spot along with DCP Alok, the second encounter with Sanjeev's team was over, and two people on their (terrorists') side had died. One was arrested from the spot. 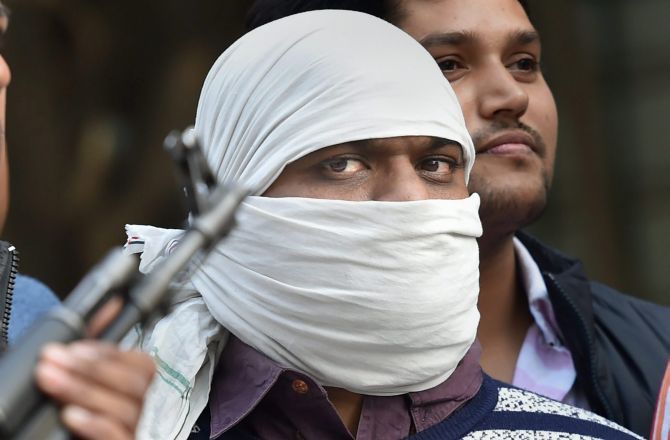 And one of the terrorists escaped?

Two terrorists escaped (Shahzad and Junaid) but they were arrested subsequently. One of them has been convicted and the trial of the second is still going on.

How could the terrorists escape?

See, when these people (the Delhi police team) entered 108, L-18, Batla House, on the fourth floor, there were two doors to that flat: A front door and a side door.

Our officers tried to push open the front door, but it was locked from inside. When the team asked them to open the door they got alerted and there was a few moments' silence from inside. Then one of the officers pushed the side door. It was not locked.

Mohan's team entered inside from this side door. Immediately, there was fire from two sides.

Let me give you a brief description about the design of the flat.

Firing came from two sides: From the drawing room and from the left room. Our team was caught in the crossfire.

Now there were three terrorists in the drawing room. They tried to escape by opening the front door because that was not covered (by our men).

So, two of them opened the front door and were able to escape; they fired at the police also while escaping; one of the three got injuries and he fell down. 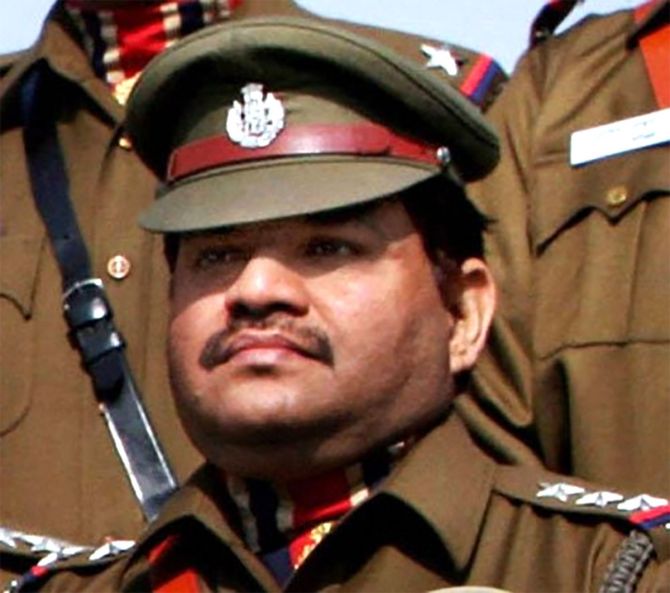 Were there no officers standing guard at the front door or downstairs as back up just in case of such an eventuality?

The road in front of Batla House is around 100 feet. There were two cops in plainclothes standing there.

Soon after Inspector (Mohan Chand) Sharma and (Head Constable) Balwant Singh were shot, they were immediately shifted. There was a melee at that time.

So many ordinary people were walking on the road in that melee. It is a possibility that these terrorists (who escaped) took advantage of the chaos and escaped in that melee. They could have easily mixed with other people.

The people (the police team) who were down were not expecting the terrorists to run away. There could have been many people who could have walked down from that four-storeyed building. There were so many people living there.

Also, you are not supposed to expose yourself in such operations; that could have alerted terrorists who were holed inside Batla House or could have been hiding in the surrounding areas or buildings.

This raid was planned secretly so as not to arouse suspicions of the terrorists. So, you don't stop everybody coming out from the building, unless, there is a message that somebody is running away.

Nevertheless, the two who escaped were later apprehended and they confessed they were there (present during the raid inside the house and escaped in the melee).

Given the circumstances, one wonder, why these terrorist had locked the main door,but kept the side door open? Was this aspect investigated?

This was the month of Ramzan. Generally, during Ramzan, people (Muslims) do not sleep during night time. They move around, eat at each other's place. And then sleep in the morning hours.

One of the terrorists, Zeeshan, who was caught subsequently that evening (of September 19, 2008), had to appear in an exam. He had left from the side door early morning that day and that is the reason that the door remained unlocked.

Didn't the remaining terrorists notice that the side door was kept unlocked?

No, because they were sleeping at the time (when Zeeshan left for his exam). So they were not aware (that the side door was open). 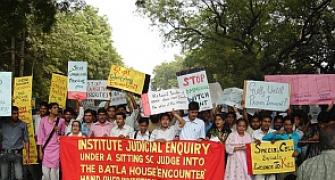 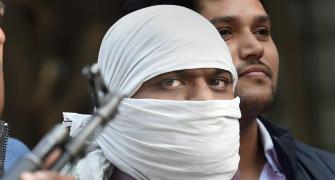 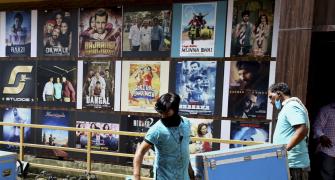 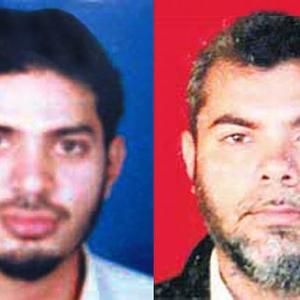 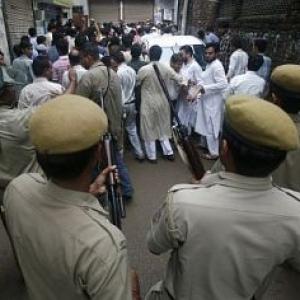