News
Business
Movies
Sports
Cricket
Get Ahead
Money Tips
Shopping
Sign in  |  Create a Rediffmail account
Rediff.com  » News » 'Apology for Jallianwala is the right thing to do' 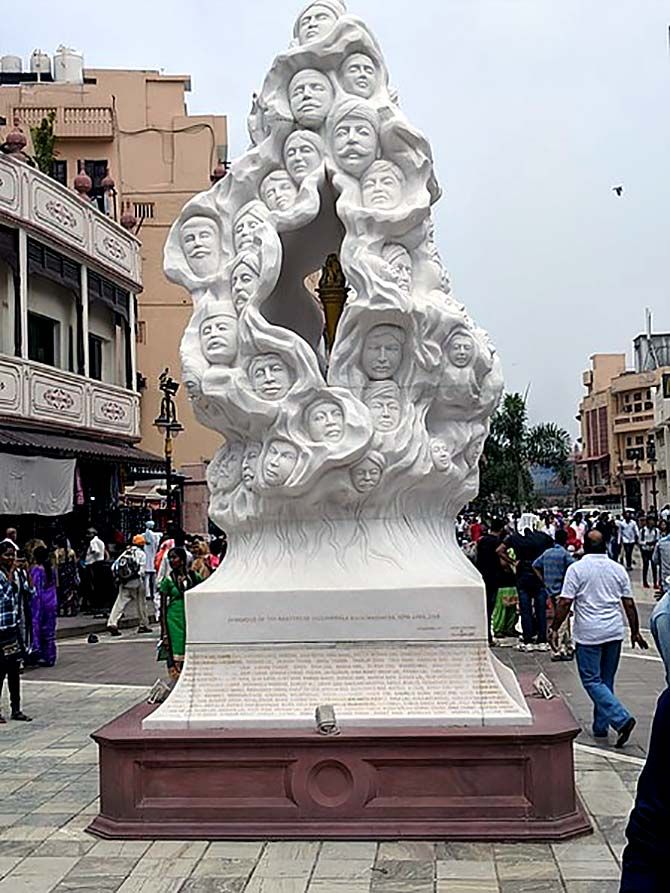 IMAGE: This statue in Amritsar pays tribute to the martyrs of the Jallianwala Bagh massacre; their names are carved into the statue's base. Photograph: Kind courtesy Vengolis/Wikimedia Commons

The tragedy that took place a hundred years ago, at the command of a foreign general, in an India beginning to strain against the shackles of British rule, continues to cast its dark shadow on both nations.

The bullet-holes pocked walls of Jallianwala Bagh in Amritsar instantly bring to life the massacre of innocent lives on April 13, 1919.

The summer air, on that infamous day, was rent with blood, the pleas for mercy and the dying shrieks of those gathered to peacefully protest the arrest in two Indian leaders, Satya Pal and Saifuddin Kitchklew.

But the guns, under the command of Acting Brigadier-General Reginald Dyer wouldn't stop their rain of destruction.

One's flesh cringes as you pause at the well, where many plunged to their death, in a desperate attempt to escape the hail of bullets.

A century later, the call for a apology from Britain remains strong. Britain, however, has restrained itself to regret.

British Labour Party member of parliament, Virendra Sharma, believes the only way to begin the process that could heal the wound of this tragedy is for his adopted country to formally ask for forgiveness.

The 72-year-old, who was born a few months before India became independent, explains to Savera R Someshwar/Rediff.com why he will continue to demand an apology from the British government. 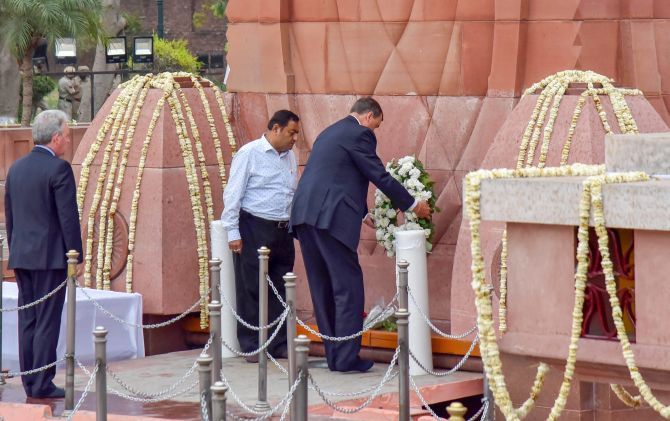 You have been asking the British government to apologise for the Jallianwala Bagh massacre for many years now. This has been a long-standing demand from many Indians. When and why did you first get involved in this demand?

I have firmly believed in the need for this apology for many years now.

I grew up in Punjab only a few miles from Amritsar and so, from a very young age, I have known the strength of feeling about the Jallianwala Bagh massacre.

To this day, it colours the views of millions of Indians on Britain.

On October 17, 2017, you tabled an Early Day Motion in the British Parliament and asked the British prime minister to apologise for Jallianwala Bagh. You also appealed for cross-party support for your motion.
In addition to the four other sponsors, you have the support of 43 MPs, the last of whom, Stephen Doughty, signed on on April 23, 2019.
How many more signatories do you need? Can your motion force the British government to act?

An EDM does not instruct the government to act, but it does show the strength of feeling in the House of Commons on any issue in particular. 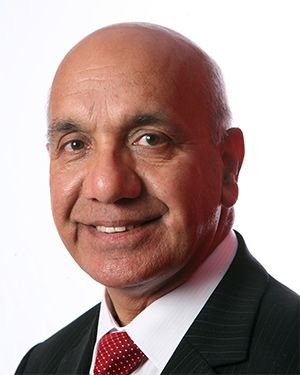 Despite numerous calls for an apology for the Jallianwala Bagh massacre, successive British governments have expressed deep regret but stopped short of an apology.
For the first time, in 2013, then British Prime Minister David Cameron voiced Britain's regret.
As a three time MP, and someone who has been calling for an apology, why do you think the official British response has been limited?

The foreign office minister who responded to the debate in April on the Jallianwala Bagh massacre gave the game away.

The government does not believe the massacre is defensible, but doesn’t want to officially admit guilt for fear of financial claims.

I know the last thing on people’s minds is the thought of a cash benefit; they want the British government to admit culpability for a heinous act of oppression a century ago.

How do you believe those who have been supporting your demand, or calling for it independently, can help?

People from around the country should write to their MPs and ask their members of parliament to call on the government to apologise.

If members of parliament from around the country and from all political parties call for action, then maybe we can force this government to go further than any before.

The hundredth centenary was a good opportunity for the British government to apologise for this horrific tragedy. Why do you think they chose not to do so?

The government is worried about opening the doors on financial claims for this massacre and for hundreds of other acts of colonial oppression around the world. 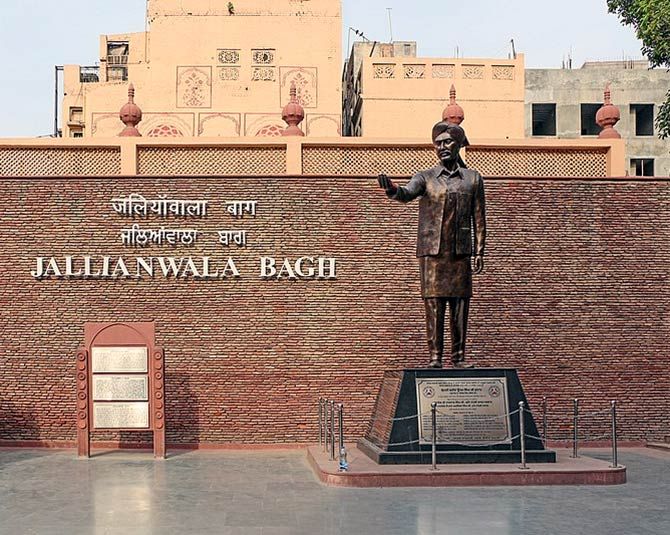 Britain's former minister of state at the foreign office, Mark Field, says that while he feels that British government 'perhaps needs to go further' than expressing 'the deepest regret', London must also consider the 'financial implications' of any gesture.
How far is this concern valid?  Do you feel Britain needs to financially compensate for the Jallianwala Baug massacre? If yes, what form should this financial compensation take?

I don’t think that a century later, when those affected are long dead, a financial solution is the answer.

A proper and meaningful apology would begin to break down the resentment and hatred stoked a hundred years ago.

A financial commitment to commemorate the dead and to continue to teach their memory, along with the thousands of other victims of colonial oppression, would be a living commitment to make good on the crimes of the past.

Would an apology, if it comes, just be a political gesture or will it have a bigger impact?

I know that people living in Punjab are, to this day, highly critical of Britain for not having offered this apology.

I am sad they did not take it, and I know that the lack of contrition to this day hurts the residents of Punjab and all those of British India, be it India today, Bangladesh or Pakistan. 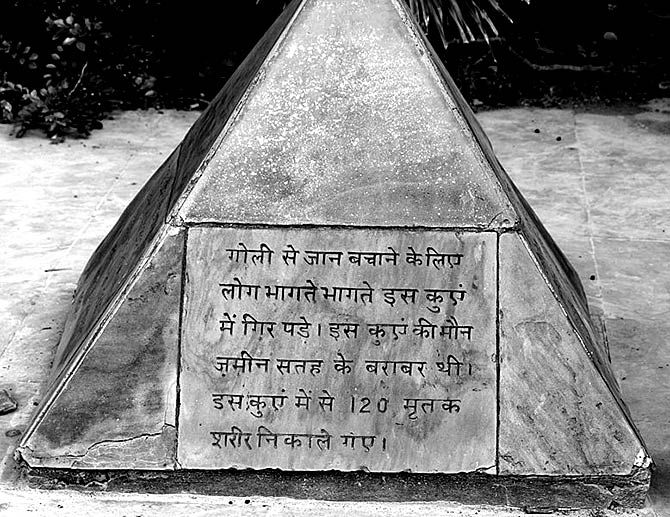 There are those who feel that today's British government cannot be blamed for one sadistic man running amok 100 years ago and an apology today will not serve any purpose. What would your comment on that be?

At the time this took place, then prime minster David Lloyd-George condemned the Jallianwala Bagh massacre, alongside the official Labour Party Conference and leadership, but stopped short of an apology.

General Dyer was a representative of the British government and viceroy.

An apology is right.

Do you believe the governments on either side is interested in an apology, except maybe to gain brownie points? India's prime minister, Narendra Modi, did not find the time to attend the centenary commemoration ceremony.

I think that the British government wishes that this would go away, and that the Jallianwala Bagh massacre had never happened.

Sadly Prime Minister Modi is from Gujarat and so does not understand the importance of the Jallianwala Bagh massacre to Punjabis. 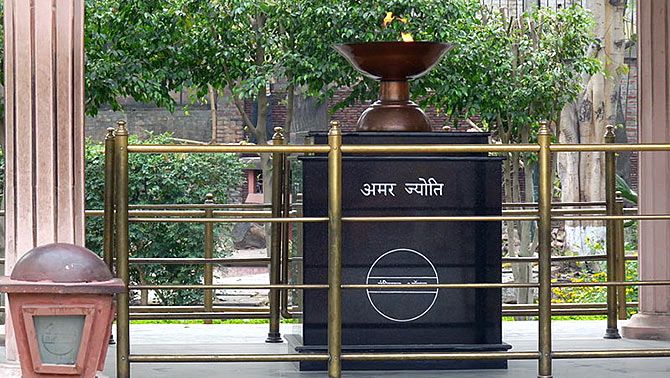 You called for a memorial in remembrance of the Jallianwala Bagh massacre in London last year.
What kind of memorial would you like to see and has there been any progress on that front?

A commitment to remember the dead and teach children about all of our past, not just the bits we are proud of, is a mark of a mature country with a real understanding of its place in history.

I strongly believe a memorial to the victims of imperialism around the world would set out our belief in honouring those killed in Britain’s wars of conquest.

How aware are the younger British generations about their colonial history? Are they aware of tragedies like the Jallianwala Bagh Massacre and the Partition?
You have also been campaigning for the Partition of India to be included in the British school curriculum. Why is it important that they don't forget their past?

On your visits to India, do you find the opportunity to interact with younger Indians?
Do you feel that they are no longer interested in what happened in the past and are only concerned with the present and the future?

I think you are right.

The younger generation is less concerned by these parts of our history. That is why an apology now is so timely; it will be delivered to those who crave it most. 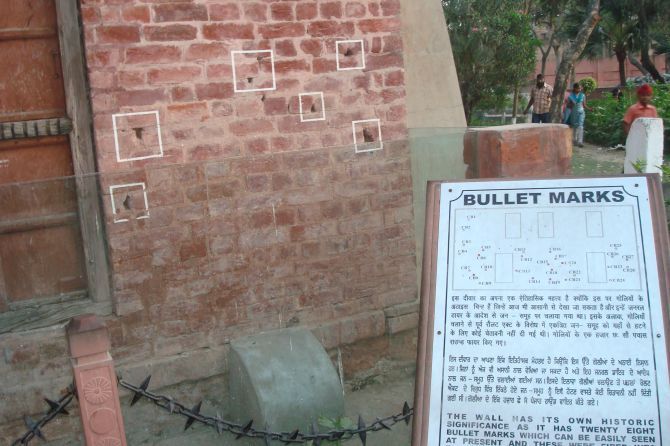 You are from Punjab and were born in the year of India's Independence.
As a backgrounder, could you please tell me the date on which you were born and if anyone from your family, or your family's close friends, perished or survived the Jallainwala Bagh massacre?

I was born on April 5, 1947, in Mandhali a village in the district of Jalandhar.

No close family were killed but my father knew many in the city at the time.

Were there expectations from the older generations in your family that you would do your best to get a British apology?

It was never put on me as a mission, but I feel strongly as a Punjabi and a British-Indian that it is right for the state to apologise.

An apology costs nothing, but it a statement of intent, an admission of guilt and truly the right thing to do. 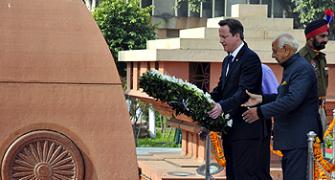 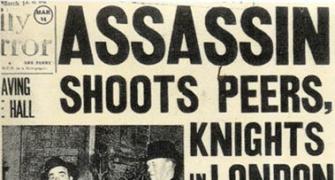 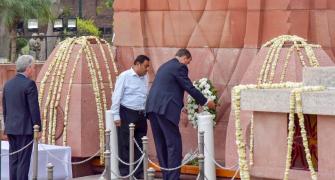 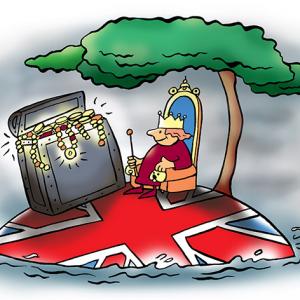