News
Business
Movies
Sports
Cricket
Get Ahead
Money Tips
Shopping
Sign in  |  Create a Rediffmail account
Rediff.com  » News » The ghost of colonial loot is coming back to haunt Britain

The ghost of colonial loot is coming back to haunt Britain

'It is clear that Britain is a country with a limited future,' says Rajeev Srinivasan.
Illustration: Uttam Ghosh/Rediff.com 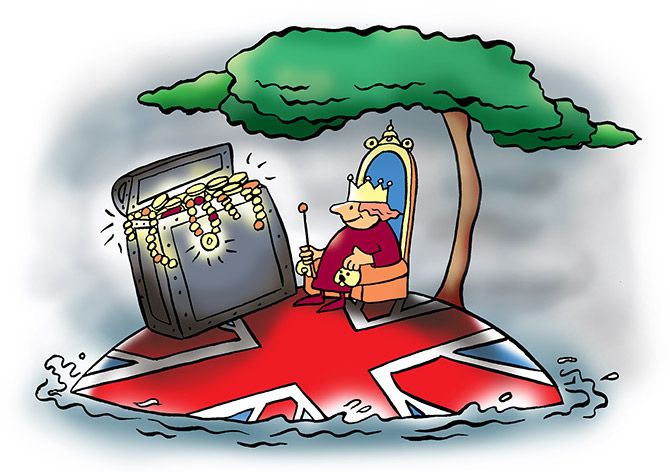 I made a quick trip to Britain, on a sad errand: A death in the family of an uncle, and I thought it was important for me to be there to show my personal support, as they have stood by me in my own troubled times, for decades.

Even though we were engrossed in the family's grief, the patriarch and I spoke about politics, as we often do, and it was probably a good thing for him to take his mind off the immediate matters at hand.

It is clear that Britain is a country with a limited future. On a macro level, its decline is gathering steam.

The British currency, which not long ago was at Rs 100+, is now at about Rs 85+, mostly the result of Brexit woes.

There was also a startling news story that about $490 billion of reserves had simply vanished, which I took to mean that instead of having a healthy ability to pay for its imports, Britain suddenly has negative reserves. But I didn't hear much more about that story, certainly not when I was in the country.

However, the general impression that I have had is that irreversible decline has set in, and that it's only a matter of time before the country, in effect, vanishes from consideration because it is no longer relevant.

While I was in the UK, in passing, I read that India's GDP had overtaken two more of the OECD's stalwarts, Italy and one other country that I cannot remember right now. It cannot be long before India overtakes Britain as well.

That is remarkable in many ways. Consider the economic impact of Britain on India.

When the British first showed up in India around 1700CE, India was by far a bigger economy, accounting for something like 23% of global GDP, as compared to Britain which had a share something like 3%. (These numbers are from memory).

But they proceeded to systematically dismantle India's economy, looting by my count $10 trillion: I am sure Shashi Tharoor has similar numbers in his book on empire.

These facts are widely known, based on Angus Maddison's magisterial work for the OECD. But the interesting thing is that in a mere 70 years, we have climbed right back up, and we are on the point of overtaking the UK.

Consider the significance of that fact. India has been poor, extremely badly run, corrupt, suffers from all sorts of disasters, has such brutal red tape (thank you, Britain) that almost nothing can get done, and we have had to bear the albatross of the 'Nehruvian Penalty' and yet, and yet, we have caught up with the imperial overlords, and if you look at the forecasts, India will overtake Japan and become the third biggest economy by 2030.

In other words, inefficient India has erased the entire baleful effect of 200 years of colonial loot in just 80 years.

This is what my uncle and I discussed: The fact that, even with its handicaps, India has decisively come back and looks unstoppable, gives us a glimpse of how much the British ravaged us. And how much potential there is in India.

He and I differ on Nehru (he left India many decades ago, and still thinks Nehru did something useful), but we agree that Britain has a curious situation: It still lives on old glory; for instance, it doesn't need and cannot afford the 'independent nuclear deterrent'. Without America's explicit support, Britain cannot go to war.

It is useful to contrast Britain with Japan. Given Shinzo Abe's dramatic victory in the polls, it is likely that Japan will come out of the post-colonial diffidence it exhibits.

To be precise, it is probable that the forcible pacifism that the American-imposed constitution has saddled Japan with will go. Article 9 will likely be dropped, and Japan will then be able to have a real army like all real countries do, instead of having a fiction that it has a 'self-defence force'.

So Japan will have to build up its army, navy and air force and a nuclear deterrent. It has good reason to: It has imperial China right next door, a continent-sized Nazi Germany intent on lebensraum. Therefore, the American 'nuclear and defence umbrella' is no longer enough.

Japan, which has the money, needs to built up its own nuclear deterrent to keep rampaging China at bay, especially as America is withdrawing post-haste from Asia, citing its own financial problems.

But consider Britain. Who is going to attack it? And why would anyone attack Britain? Russia? Hardly, as it has better things to do, and is itself in serious decline.

So, to be blunt, Britain should give up its imperial pretensions and its nuclear deterrent, and spend more on its domestic problems, which are many: It has to admit that it is somebody's junior partner. It doesn't like being dominated by Germany and France (hence Brexit); then it might as well be America's 51st state de jure as well as de facto.

The contrast goes even further. The ghost of colonial loot is coming back to haunt Britain. It got used to having a helpless empire (read India) from which it forcibly extracted raw materials, manufactured inferior products, and forcibly made the empire (read India again) buy their stuff.

Therefore (this is for you free marketeers) it never had the incentive nor felt the competitive pressure to make world-class products efficiently (unlike Japan). And it has no idea how to do that.

Karma is a bitch, eh? The empire is striking back.

I was wondering what to buy in the UK. I tried to crowd-source ideas on twitter. All that tweeple could think of was alcohol (single-malt whiskey, Irish gin). Since I am not indulging much in alcohol any more, I ended up going to the Cadbury factory in Bournville and buying some chocolate.

I suppose I could have bought a Burberry trench-coat (I used to eye them enviously when I was living in California) but it's not much use in India, and I have a serviceable Burlington coat that I can use when I go to cold places.

This is symptomatic of a malaise. Britain has almost no competitive advantage in anything. Yet, it is living lavishly, well beyond its means so far as I can tell: The roads are full of shiny new cars, and I saw a whole lot of BMWs, Audis and Mercedeses, all of which are presumably imported from Germany.

How's that going to work with their missing $490 billion? The Germans will demand one day to be paid in real money.

And then there are all these stories we hear about: Rotherham, the British soldier hacked to death by jihadists, and so on. So I was expecting to see obvious signs of decline. To my surprise, my travels in London and points south as well as in Birmingham and surroundings, did not give me the impression that things were that bad.

I stayed in a rather pleasant B&B, ate the 'full English breakfast', and found the highways and roads and buses and supermarkets all fairly prosperous. I didn't even see the kind of boarded up malls and declining strip malls I saw in California.

I also spoke with the inevitable Uber drivers: You cannot write a story without quoting their folk wisdom (sort of like barbers in the old days). One was an Afghan refugee who had migrated to Peshawar, Pakistan, and then to the UK. He has been living in the UK for 17 years, and he told me how the country has given his children an education and healthcare for all of them.

He also said that people take advantage of the country, and he felt that people should pay taxes and not mooch off the system. He said he liked Uber, which, unlike some other call-taxi services, did not cheat the system.

The other was an Indian from Delhi who has been in the UK for nine years. He has a Mercedes car as his Uber vehicle. He was also positive about what he had been able to accomplish in the country, although he felt that socially India was better especially in terms of the support system.

With all this, I am surprised. I was looking at the prices of real estate, and houses cost an absolute fortune, and I don't know that British people make a lot of money in salaries. So how on earth are they seemingly so prosperous?

I used to wonder about this when I came from America too: everything costs a lot more in Britain than in America (in effect, whatever costs $1 in the US costs 1 British pound, about 30% more today), and yet people make less money, and they are all well-dressed and eating out all the time and going on holidays. How on earth?

Is there some kind of elaborate Ponzi scheme going on? I wouldn't put it past the Brits to have figured out some really clever scheme where they are still milking us all.

Or is it that they have mortgaged themselves to the Saudis and the Chinese and are selling the family silver just to keep up appearances?

I really would like to know. I went to Britain with every intention of indulging in schadenfreude (I had wagered that they would opt for Brexit, which I think, objectively speaking, is absolutely stupid and disastrous for them); their leaders are hapless (PM Theresa May gave a speech that appalled me, and the leader of the Opposition is a wild-eyed socialist who gives me the willies); they are being over-run by Muslims (but to be honest I saw fewer burqa-clad women in the UK than I do in Bangalore); nobody is bothered about Britain any more (other than their journalists in the Economist and the Financial Times).

So why doesn't it feel like doom and gloom? Is there a serious optical illusion in place? I really would like to know. We need some of that in India with the purveyors of doom in the Lutyens media rampant. 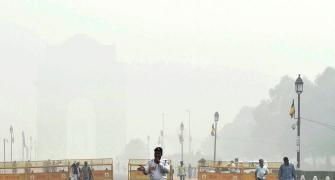 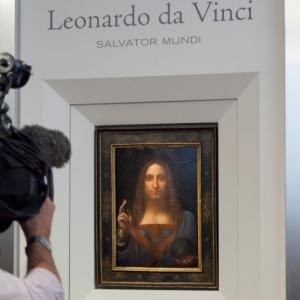