News
Business
Movies
Sports
Cricket
Get Ahead
Money Tips
Shopping
Sign in  |  Create a Rediffmail account
Rediff.com  » News » Shining the light on an Era of Darkness

'I would recommend every young Indian reads Shashi Tharoor's book to get a perspective of our colonial past in the present day mesmerising euphoria of the global village in spite of Donald Trump, says Shivanand Kanavi. 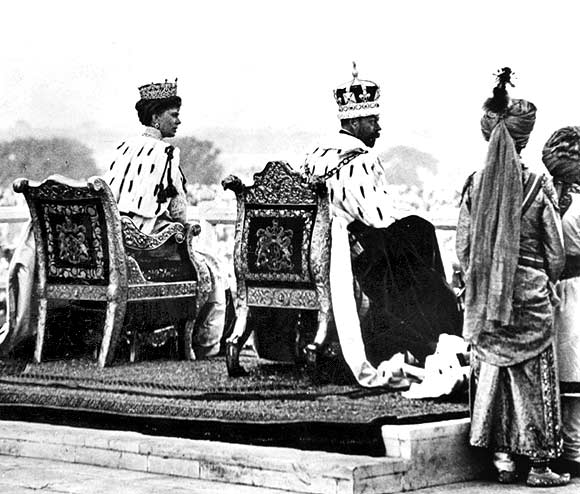 IMAGE: King-Emperor George V and Queen-Empress Mary, the only English monarchs to win the 'jewel in the crown', at the Coronation Park in Delhi in 1911.

Shashi Tharoor whose brilliance enchanted over 3 million people on YouTube with his debating skills at an Oxford Union debate continues in the same vein in his new book, An Era Of Darkness.

Essentially, the debate was about whether colonialism was good or bad. It may seem anachronistic and even cruel for the victims of colonialism in Asia, Africa and Latin America that such thing can even be debated.

But anything can be debated in the public school debating clubs of the UK! In the English tradition all these schools prepare you for a legal or a parliamentary career where you could argue either way on any issue depending on the context.

Many of our own parliamentarians are trained in the same tradition and argue brilliantly in Indian courts as well as in the Indian Parliament and we can see them hold forth brilliantly on the pro of a policy and equally brilliantly on the cons of it depending on whether they are in the Treasury benches or in the Opposition, inducing inevitable cynicism.

However, Tharoor's sincerity in arguing that British colonialism did inestimable all sided harm to India shows through this tome where he marshals literally hundreds of facts (well organised quotes run into nearly 300).

His passion for the subject comes through every page, his sardonic tone and twist of the English phrase even while cursing the power that imposed English language with 'Tommy jackboots' hits the reader with a genuine force.

Along with accolades from Indians in all walks of life, including Prime Minister Narendra Modi, Tharoor got some feeble criticism as well after his short Oxford Union talk. That has prepared him for much more disdainful and patronising vitriol from apologists of British colonialism. 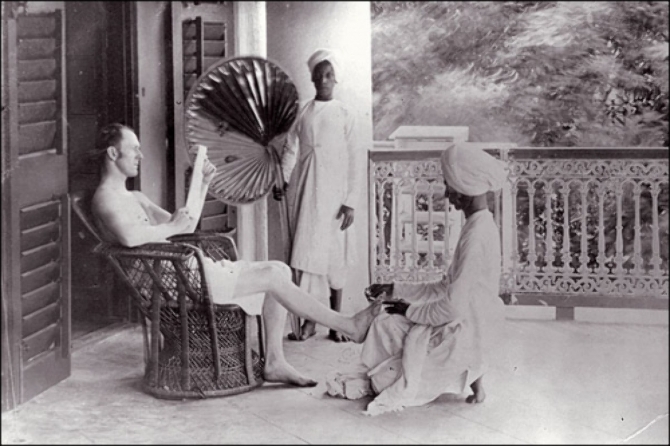 IMAGE: A British saheb with his Indian servants.

All his arguments and quotes seem to be in preparation of that assault. He does not leave any leaf unturned in his endeavour including the tea leaves of Assam, Bengal and Ooty.

In fact the topics he chooses to argue include the whole gamut of issues which are normally quoted as 'gifts' of two centuries of British rule over India: Good governance, English sense of fairplay, Austinian judicial system, the Railways, social reform of Hindu society, Cricket, Tea and even the English language.

He tears them up one by one with profuse facts and anecdotal quotes from largely British and other Western sources.

Some of the insights he provides are important for colonial studies. He points out that the public finance in pre-colonial India was based on taxing trade whereas the British themselves being traders made a drastic change and made agriculture and land revenue the focus (and even called their chief district level representative: Collector), thereby causing immense hardship to the peasantry.

He traces the creation of the landless peasant and the increased dependence of a large segment of the population on agriculture for livelihood due to the destruction of artisans and manufacture and also largescale man-made famines under colonialism. 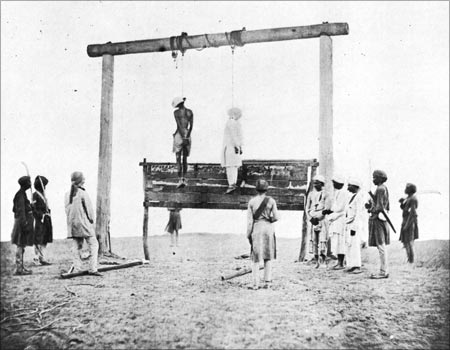 IMAGE: After the Rising in 1857, two Indian rebels are hung by the British. Photograph: Felice Beato, 1858.

In these days when corruption, its roots and elimination often becomes a matter of public discussion he narrates its massive rise due to the practices of the East India Company and its officers.

He makes an astute observation that despite historical animosities between England and Scotland a compact was established to include Scotland into the United Kingdom (though initiated by a fudged parliamentary vote in 1707) by promising plum positions for Scots in colonial India.

That explains the unusually large proportion of Scots in the administration and the army in India. Twisting the knife further, he adds that perhaps the loss of this income from India into Scottish homes is leading to disenchantment and fueling separatism in Scotland!

His remarks on the creation of a decadent gentry of Rai Bahadurs and Diwan Bahadurs and even the more abhorrent profligate and promiscuous princes replacing the older far more grounded aristocracy are insightful.

Besides going into the financing of the Indian Railways and how gold plating was done by many an English investor assured of guaranteed returns and how the Railways during construction and later were used to drain the Indian economy and increase the national debt, Tharoor makes an important point that in the operational finances of the Railways it was the third class passengers traveling in sub human conditions that subsidised freight and the first class!

His discussion of the British communal divide and rule as well as re-imposition of caste inequalities through the Gentoo Code under Warren Hastings and in the post-1857 construction of the colonial State are extremely important but often forgotten in the modern Indian discourse on communalism and casteism. 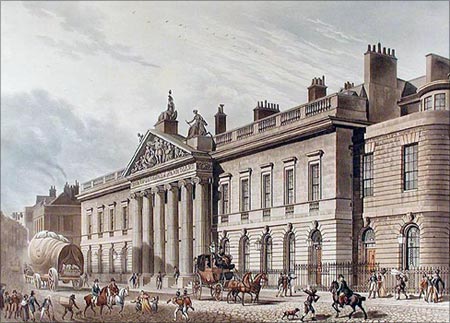 It is an enjoyable read, passionately written, smooth in flow while being richly cross referenced. The blemishes are few. Noteworthy ones are his quoting Marx completely out of context to show purportedly that Marx supported British colonialism in India, which is contrary to facts; and frequent comparisons of genocidal massacres under the British with unsubstantiated figures of deaths caused supposedly by Stalin etc.

Perhaps we can ascribe it to his anxiety towards taking a swipe at his leftist political rivals in his parliamentary constituency in Kerala.

Other weakness in Era of Darkness is the total neglect of the role of Ghadar revolutionaries, Bhagat Singh and his comrades and even the War of Independence -- the Great Ghadar of 1857, chronicled as the biggest war of the 19th century world, and the colonial tactics of chicanery and brutality employed by the British, while Tharoor does bring out such facets from the rest of colonial history.

I would recommend every young Indian to read this book to get a perspective of our colonial past in the present day mesmerising euphoria of the global village in spite of Donald Trump.

An Era of Darkness: The British Empire in India, by Shashi Tharoor, Aleph Book Company 2016. 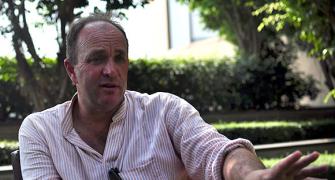 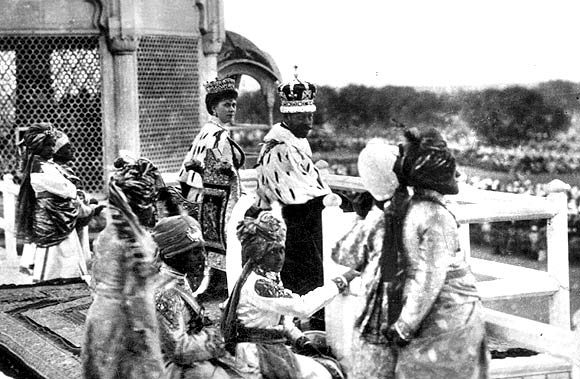 The only British emperor and empress to visit India