'But one of the important things to remember is that what we are seeing today in India -- the destruction of the forests, the opening up of the forests to mining companies.'
'It's a horrifying thing that's going on.'
'Yet, if you look at who owns the mining companies, you will see that almost always they are vegetarians!'
'They are people, who in their own lives would probably not even hurt an insect, but yet have no qualms about destroying an entire ecosystem.' 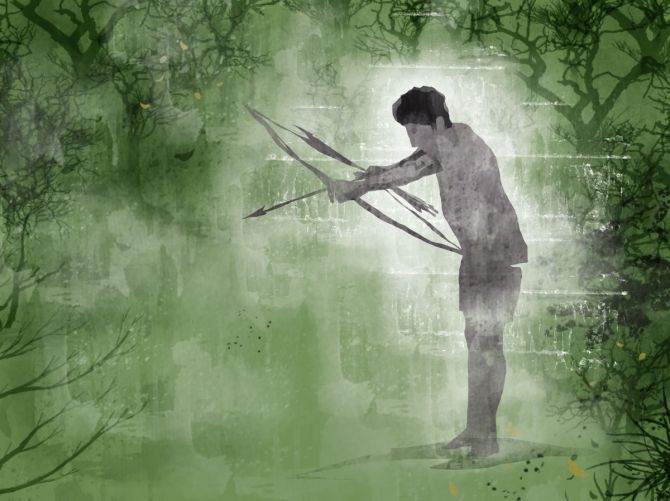 Khokon (name changed) is a climate change refugee who Amitav Ghosh had an opportunity to chat with in Italy.

Originally from Kishoreganj in northeast Bangladesh, his family paid a king's ransom to send Khokon on an exceedingly treacherous, life-endangering journey, involving slavery and torture, via Libya to Parma, Italy, because there was no future left for him in his village or country.

The new and weird vagaries of the weather had ensured that his fields were often flooded and barren. The better plots of land belonging to the family had been usurped by the more powerful. And he could not find a job even after many months of searching.

When events like climate change hit wretched people without means or influence -- like poor Khokon, who now works in a warehouse -- they have no option but to flee their native homelands for better prospects of survival.

Ghosh, whose writing is always powerful, eminently logical and eye-opening, in his latest book The Nutmeg's Curse: Parables for a Planet in Crisis forcefully but elegantly emphasises how the deep and distressing inequities between peoples are further aggravated by climate change and other environmental events and leads to increased migration.

'Climate change,' notes Ghosh, 'is but one aspect of a much broader planetary crisis: It is not the prime cause of dislocation, but rather a cognate (connected) phenomenon.'

'In this sense climate change, mass dislocations, pollution, environmental degradation, political breakdown, and the COVID-19 pandemic are all cognate effects of the ever-increasing acceleration of the last three decades. Not only are these crises interlinked -- they are all deeply rooted in history, and they are all ultimately driven by the dynamics of global power.'

India is not faring very well against any of the frightening crises that Ghosh speaks about above, that have perennially heightened inequalities and made desperate people more desperate.

India has slipped to 101st position among 116 countries, doing worse than its neighbours, in the Global Hunger Index 2021. Said the report: 'People have been severely hit by COVID-19 and by pandemic-related restrictions'.

In Part II of Amitav Ghosh's interview to Vaihayasi Pande Daniel/Rediff.com discussion on topics like COVID-19, vegetarianism, extractivism in India and the importance of vitalist politics get play. 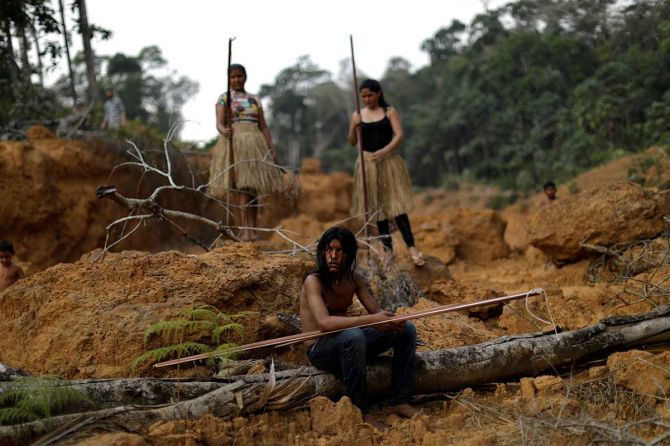 I have a slightly controversial question to ask in the context of climate change: Vegetarianism deeply respects the animal world and the main tenant of vegetarianism is to respect life.
It offers a different outlook to the world because animals are not simply considered food for your table. One is more in harmony with the vitality and the wisdom of animals.
So, trying to put this as fairly as possible, would you say that part of the climate change problem is that consumption has become the main focus of the world?
And that also includes a stronger stress on a meat-eating lifestyle, where an endless supply of meat is assured.
If there was a little bit of vegetarian moderation injected into this lifestyle, we would not be in this position?

Look, I think there again, there are many sort of angles to this question.

The frenzy of consumption in relation to the world at large, and the frenzy for the consumption of meat -- there's a direct continuity between that.

But I think it's very, very important for us to understand that the people who are most aware of the vitality of the earth are the indigenous forest peoples. And nowhere on earth are forest people vegetarian. It just doesn't happen.

One of the very remarkable things is actually all forest peoples -- those who live by hunting, whether it be in India, or in Amazonia or in the Arctic -- will always tell you that the human hunter doesn't kill the animal, the animal gives up its life voluntarily.

There's a very interesting study by a wonderful historian named Bathsheba Demuth*. She lives with the Inuits in the Bering Straits. She shows that there are some very good grounds for believing this, in relation to indigenous people.

In the case of India, it's again, very different.

I don't know if you have read Sunita Narain's article** on vegetarianism in Down to Earth -- it's a very nuanced and very fine article, where she argues that India has a culture of not just agriculturists, but it's of agricultural pastoralists.

For the great majority of India's farmers, the animals that they keep aren't kept like industrial agriculturists. It is small-scale agriculture that we have in India. These animals are kept literally almost like household pets. They depend on their goats and so on for protein and if they are deprived of that protein, it would be a tremendous load to their bodies.

I'm not saying people need to become vegetarian.
You used the term industrial agriculturists and industrialisation of farming has taken away from the symbiosis that once existed between man and animal in pastoral and forest communities. It has skewed it.

But one of the important things to remember is that what we are seeing today in India -- the destruction of the forests, the opening up of the forests to mining companies. It's a horrifying thing that's going on.

Yet, if you look at who owns the mining companies, you will see that almost always they are vegetarians!

They are people, who in their own lives would probably not even hurt an insect, but yet have no qualms about destroying an entire ecosystem. 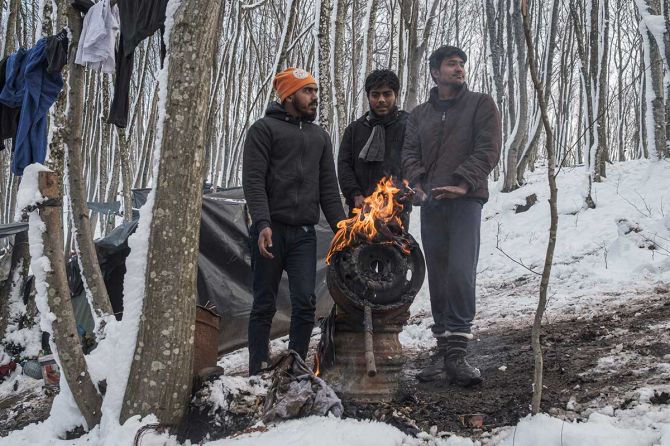 IMAGE: Migrants from Bangladesh stand at a makeshift camp in the woods as hundreds of them shelter in abandoned buildings near the northwestern town of Velika Kladusa in Bosnia and Herzegovina, January 12, 2021. Photograph: Marko Djurica/Reuters

Khokon's story in your book is of a Bangladeshi climate change refugee. It follows that the culmination of historical wrongs will always keep throwing up new types of refugees, like say from Afghanistan or from India even too.
There will be COVID-19 refugees as well. COVID-19 has destroyed livelihoods and lives. It has only deepened the inequities that you reference.
And we are not any wiser, because the wealthier countries are even today not thinking that seriously about vaccine equity and that takes us right back to Garrett Hardin's lifeboat analogy*** in your book.
That's still very alive and well in this world today, where rich countries are not willing to thinking vaccine equity. And we're constantly producing more of these refugees as a result of inequities?

As the head of the World Health Organization said the other day, that until we can address these questions of equity, especially in relation to vaccine, there will be no end to the pandemic. 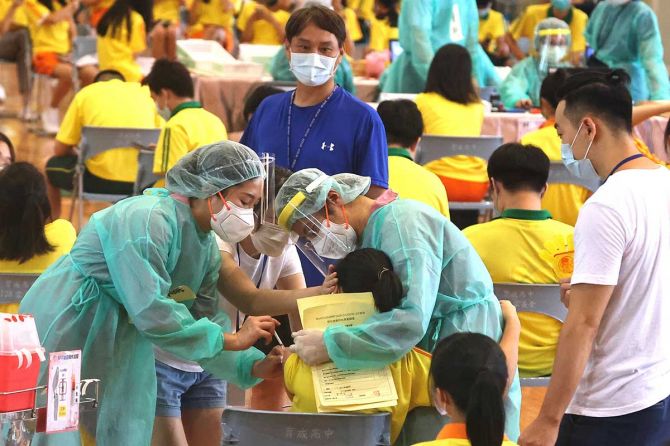 It's sort of important to understand that just having the technology doesn't solve the problem.

In the US, last year when the vaccines appeared, everyone said, 'Oh, we're saved. It's all done. Science and technology had saved us yet again'.

But we soon discovered that the US has a very low rate of vaccination right now. In the entire population only 50 to 60 per cent are vaccinated, because there's huge resistance to it.

Countries like Taiwan and Portugal have very high rates of vaccination.

One of the things that the pandemic has clearly shown is that only technology is not the key, just as people today are saying: 'Oh well, technology will save us from the climate crisis'.

We have seen that is not going to be the case.

The most important things, for confronting these global crises, is social trust, first of all. And then equity.

It's really the countries with the greatest sort of inequities that have been worst hit -- amongst those countries are the US, India, Brazil. 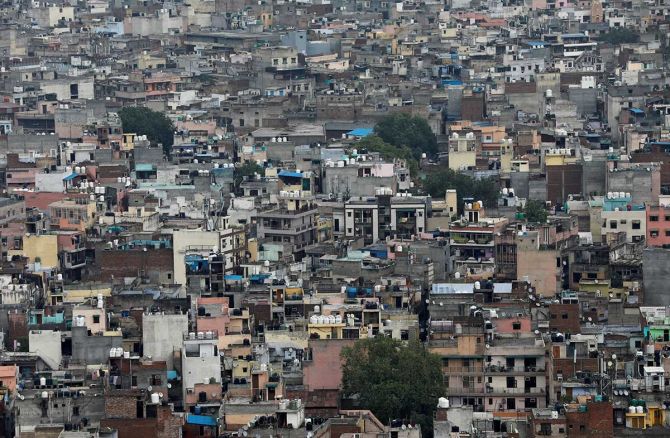 IMAGE: Amitav Ghosh: '(People anywhere) are also individualists, but they understand that certain things you have to do for connectivity. These things are really nurtured by culture... If you're in Delhi, within the mohallas there is a certain sort of understanding that when there's trouble, people come together, they try and help each other.' Photograph: The Late Danish Siddiqui/Reuters

In the reference you made to Lord of the Flies in The Nutmeg's Curse, you say that selfish individualism isn't the only final outcome for man, because the indigenous people know how to live well without it.
But one can argue that Man has always prided himself for his ability to think and reason and for his religion that sets him apart from 'lower' beings.
Yet finally his greed and materialism, which is the basis of capitalism, is so self-destructive and sort of skanky and we are actually therefore inevitably an inferior species. And that's why selfish individualism always wins out?
At the end your book, you are relying on the goodness in human beings to get us out of the climate change predicament. I don't feel there is this goodness in human beings. There are too many bad human beings.

Well, I wouldn't say that.

I think it depends on the context.

Again, what individualism means is so different in different contexts.

For example, in large parts of America, especially the American South, people are not wearing masks, at the height of the pandemic.

Why? Because they felt it was it was trespassing on their individual freedoms and liberties. They felt this because of this whole idea of individualism.

Whereas in Portugal, or wherever, they are also individualists, but they also understand that there are certain things you have to do for the connectivity.

I think these things are really nurtured by culture. They're not inherent in humans.

They vary very much from culture to culture.

If you are in Delhi, within the mohallas there is a certain sort of understanding that when there's trouble, people come together, they try and help each other.

* Bathsheba Damuth is a Brown University environmental historian, whose work and writings focus on the lands and seas of the Russian and North American Arctic. At 18 she moved to Old Crow village, Yukon, Canada, hunting caribou, fishing, surviving for two years in the tundra with her huskies. 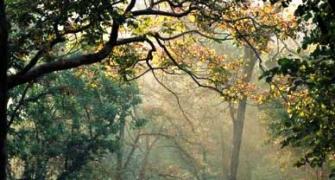 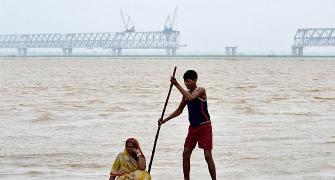 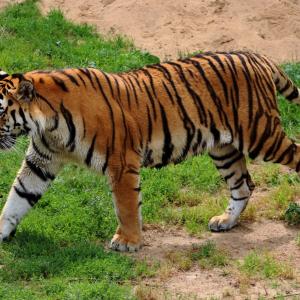 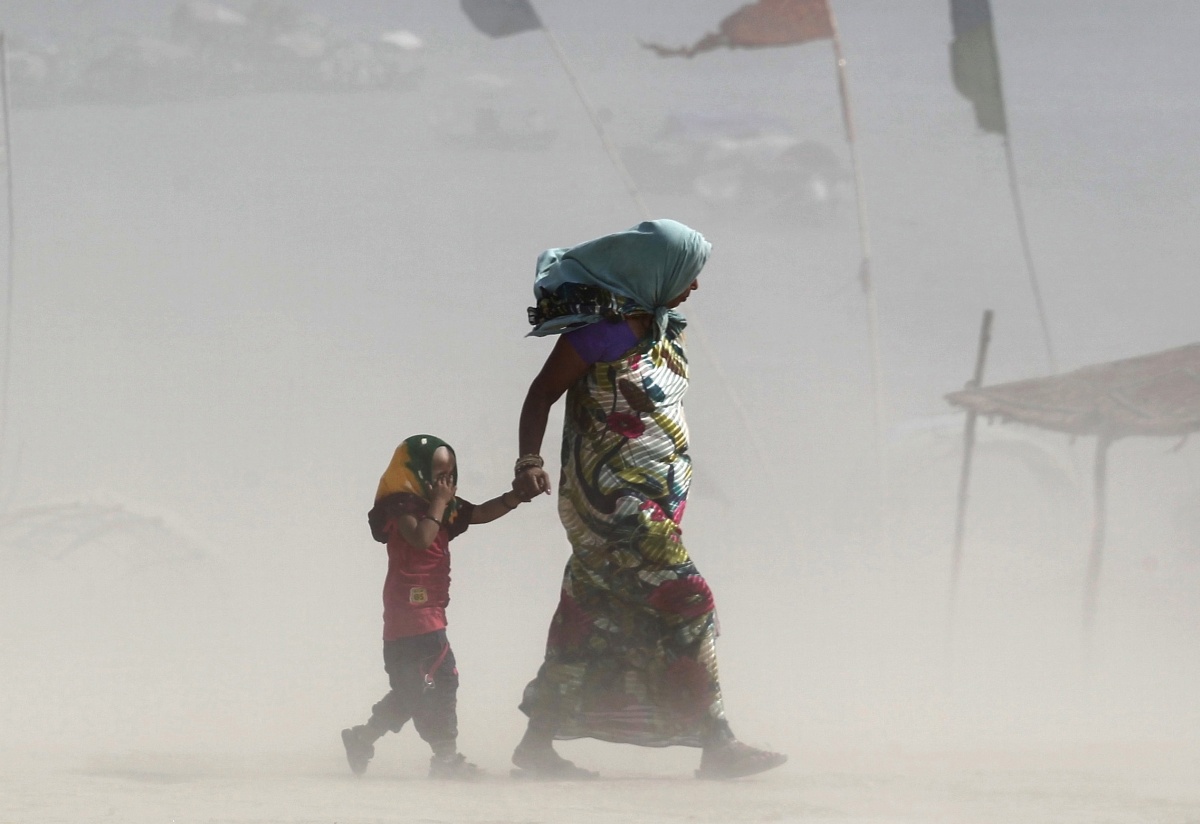