News
Business
Movies
Sports
Cricket
Get Ahead
Money Tips
Shopping
Sign in  |  Create a Rediffmail account
Rediff.com  » News » Cyclones are going to be a regular feature

'Each cyclone has its own identity and its own behaviour based on the environmental conditions in the ocean and in the atmosphere.' 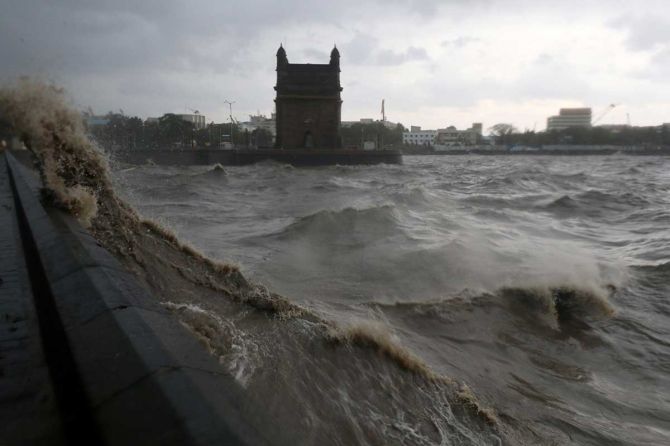 IMAGE: Waves caused by Cyclone Tauktae crash up on the promenade near the Gateway of India, May 17, 2021. Photograph: Niharika Kulkarni/Reuters

Now, the Bay of Bengal sees Cyclone Yaas that will make landfall today, May 26.

"If global carbon emission continues to increase, there could be much more intense cyclones that we see now," Dr Roxy Mathew Koll, climate scientist at the Indian Institute of Tropical Meteorology, Pune, tells Rediff.com's Shobha Warrier in the concluding segment of a two-part interview: 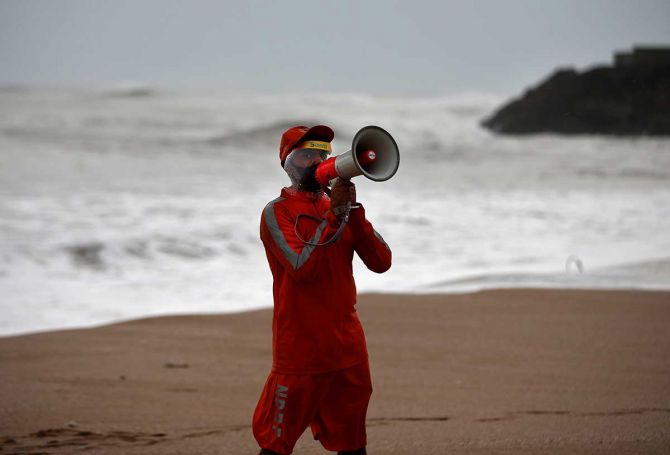 IMAGE: A National Disaster Response Force staffer appeals to fishermen to stay away from the shore ahead of Cyclone Tauktae in Veraval, May 17, 2021. Photograph: Amit Dave/Reuters

One of your studies says that cyclone forecasting is very challenging these days as it moves from severe to very severe in a short span of time. Why is it so?

We call this 'rapid intensification'.

For example, if a weak cyclone turns to a very severe cyclone in less than 24 hours, we call it rapid intensification.

That's why it is very challenging to predict this kind of rapid intensification. 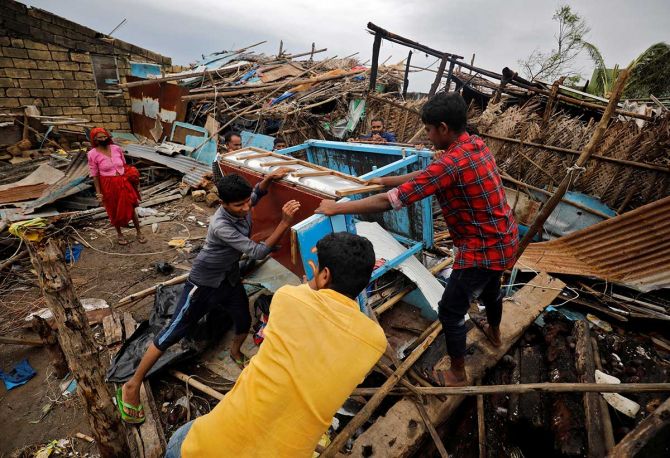 It also means there will be more calamities as you will not get enough time to prepare....

Yes, we will not get enough time to prepare even for strong winds.

The good thing this time was that we picked up the cyclone in advance, like several days before it was formed. This helped us in evacuating a lot of people, which reduced the number of deaths drastically.

Is there any difference in the cyclonic behaviour in the Bay of Bengal and the Arabian Sea?

Yes, each cyclone has its own identity and its own behaviour based on the environmental conditions in the ocean and in the atmosphere.

The strength of the cyclone depends on how much heat is available, and what the ocean temperature is. Its track will be dependent on how the upper level winds are in the atmosphere.

Compared to what it was four decades ago, the temperature of the Arabian Sea is 1.2-1.4 degrees higher today. Is this kind of a rise in temperature not alarming?

Yes, it is alarming.

If you look at the global average change in temperature, it is around 0.9 degrees. Compared to that, this is quite large. 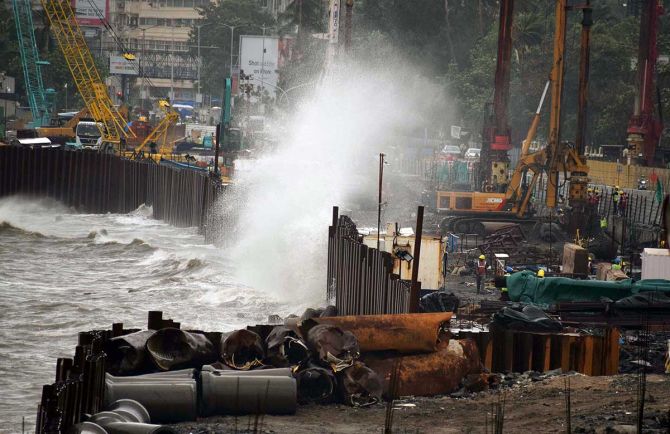 Does this boil down to climate change?

Yes, this is due to climate change.

But in the Indian Ocean, this kind of warm and cool phases are not there. The temperature is consistently going up compared to the other regions. A lot of studies have shown that this is due to global warming. 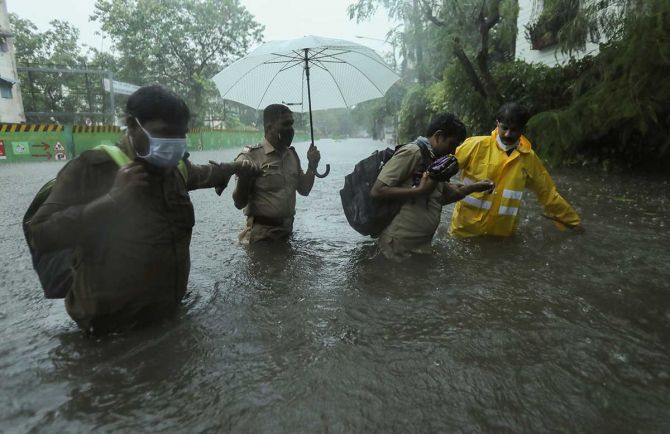 Does this mean cyclonic storms are going to be a regular feature in the Arabian Sea?

Yes, they are going to be a regular feature, and we need to be prepared for that.

Studies have shown that Arabian Sea will continue to get warm in the future if we are not going to stop carbon emission.

This will result in more extremely severe cyclones and heavy rainfall in future (external link). 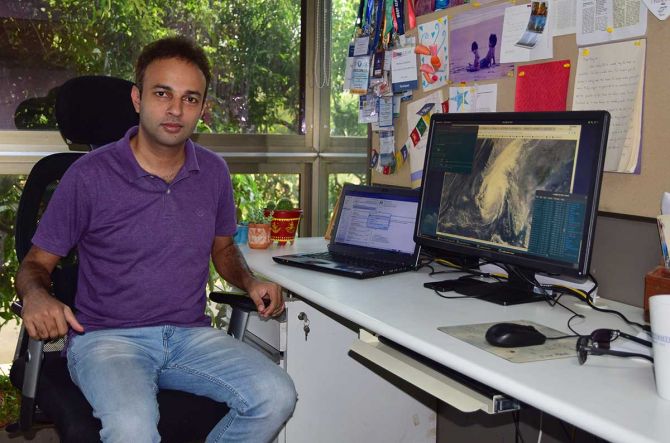 Even if the world controls carbon emission, will it not take centuries for the oceans to cool down?

There are two ways you can approach this; one is a global approach by cutting down emission. Even though it will take time, it can stop the increase in the warming of the oceans further.

We already have more cyclones and more heavy rainfall, but we can prevent them from increasing any further.

If global carbon emission continues to increase, there could be much more intense cyclones that we see now.

I am talking about the global emissions because the carbon dioxide you emit whether it is from India or China or the US, it gets well mixed and widespread. Because of that, whoever emits carbon, the effect will be felt globally.

So, we have to cut down emission globally if we want cyclones and heavy rainfall from increasing further.

Locally, it is a fact that the west coast of India is going to have more cyclones and heavy rainfall in the coming years. So, what we can do is, we can prepare the west coast for the eventuality.

We can have a risk assessment based on the impact for the entire coast line and demarcate the regions as hazard zones where the impact due to cyclones, rainfall and sea level rise is more. Then, maybe we can create artificial defences like building sea walls or natural defences like planting mangroves in those regions. We can also rehabilitate people from high-risk hazard zones.