News
Business
Movies
Sports
Cricket
Get Ahead
Money Tips
Shopping
Sign in  |  Create a Rediffmail account
Rediff.com  » News » 'America spying should not surprise India at all' 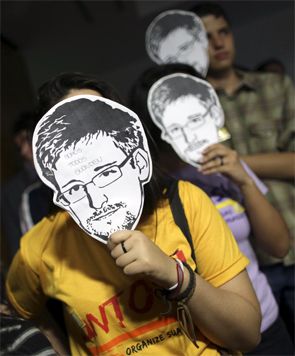 The Obama administration has had a tough time explaining PRISM -- its National Security Agency's electronic surveillance programme that spies on American citizens, and others across the world, with impunity.

Since whistle-blower Edward Snowden blew the lid off the NSA's top-secret programme eight weeks ago, security experts, strategic thinkers and policy wonks have either tried to defend the NSA's snooping or trash it.

Stephen Tankel, author of Storming the World State: The Story of Lashkar-e-Taiba and one of the leading experts on terrorism in South Asia, disagrees with Snowden's tactics, but agrees that it paved the way for a healthy debate on issues of national security and individual privacy.

In an interview with Rediff.com's Vicky Nanjappa, Tankel discusses the furore over PRISM, the Lashkar's presence in Myanmar and Lashkar leader Mohammad Saeed's recent dare.

What is your opinion on PRISM? Is it a necessity for our times?

Firstly, it is important to note that recent evidence suggests the NSA violated the privacy of Americans by accessing their data approximately 3,000 times a year, which is actually a very low figure, when one considers how much data is collected.

About two-thirds of this data was about non-Americans travelling in the United States.

Beyond the numbers, the issue of PRISM is, or should be, part of a larger debate about how we balance security and privacy.

There was an understandable inclination after the 9/11 attacks to favour security and that has yet to recede entirely.

For evidence of that, all one needs to do is look at the short-lived outcry following the Boston attacks earlier this year, in which the authorities were chastised for having failed to prevent the bombers from carrying out the blasts.

That's not to say, PRISM should, or could, have done so.

Rather, it is to say that if we heavily prefer security, than we are going to have to live with programmes that might, in some instances, invade privacy.

But the pendulum is swinging the other way and while I do not agree with what Snowden did, I am happy to see the issue of security versus privacy being debated.

The European Union is up in arms against PRISM. Do you think the US violated the privacy of netizens?

What do you think of India being under PRISM's radar?

US citizens undoubtedly have had their privacy violated, though it appears to be on a smaller scale than some might fear. But I doubt that is what the EU is upset about.

European officials are upset about the US spying abroad. That really should not surprise anyone in Europe, India or elsewhere.

Intelligence agencies spy -- that's what they are designed to do.

What do you make of Edward Snowden? Was he a Chinese mole as some have alleged?

There is no hard evidence about him being a Chinese or Russian mole, though I bet both Beijing and Moscow managed to collect some of the information he was carting around, irrespective of whether he wanted them to or not.

The Lashkar-e-Tayiba has been radicalising the Rohingya Muslim community in Myanmar. What is your take on this?

Muslims in Myanmar have been victimised for years, so it is not surprising that the Lashkar is attempting to capitalise on that.

Ideologically, one of their reasons for waging jihad is to protect Muslims and avenge their suffering.

Strategically, this is an opportunity to make inroads into a community that, until now, the Lashkar has had little success in penetrating.

I am not sure the Lashkar will succeed, but I am not surprised that they are giving it a try.

What gives (Lashkar founder and 26/11 terror attack mastermind) Mohammad Saeed the confidence to dare India and Pakistan to prove that he is a terrorist?

As has been well established, Saeed enjoys a significant degree of protection in Pakistan and part of that stems from Lashkar (and its front organisation Jamaat-ud-Dawa, which is headed by Saeed) denying many of the activities in which it is involved.

Saeed's challenge to prove he is indeed a terrorist is a brazen extension of that approach. It also probably indicates how he wants to be perceived.

The Lashkar-e-Tayiba -- and by extension the Jammat-ud-Dawa -- has always been sensitive about how it is perceived internationally.

So this tact, while undoubtedly galling to many people, is hardly surprising. 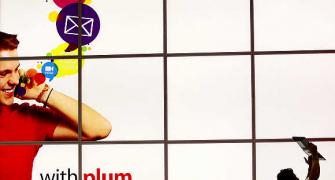 India alarmed at Uncle Sam snooping on us via Net

Our secrets are safe: Indian security experts on US snooping 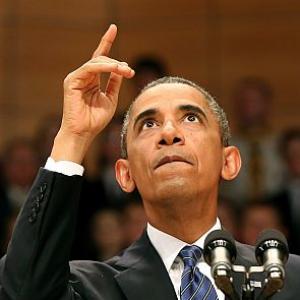 What's the big deal about snooping? Everyone does it: Obama 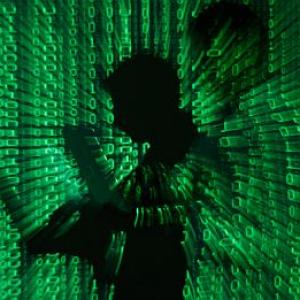 Why snooping Indians won't be an easy task