News
Business
Movies
Sports
Cricket
Get Ahead
Money Tips
Shopping
Sign in  |  Create a Rediffmail account
Rediff.com  » News » '50 to 60 crore across India would be infected'

'50 to 60 crore across India would be infected'

'At least half the population in UP has been infected.' 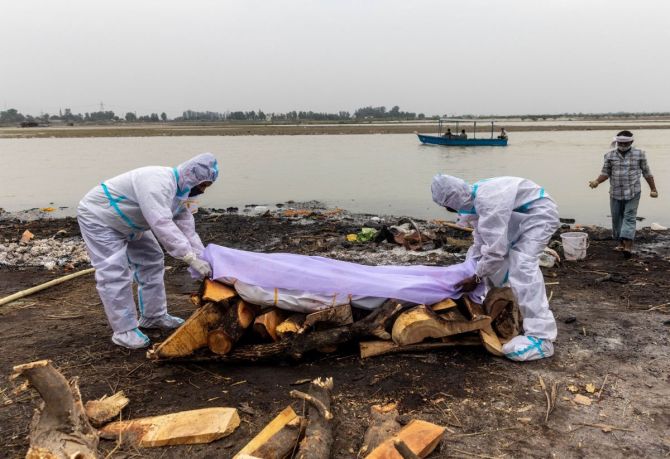 IMAGE: A cremation on the banks of the Ganga at Garhmukteshwar, Uttar Pradesh. Photograph: Danish Siddiqui/Reuters

Professor Om Shankar is a cardiologist at the Sir Sundar Lal Hospital at the Benaras Hindu University which serves as a lifeline for millions of people living in eastern Uttar Pradesh.

Professor Shankar has undertaken three hunger strikes to pressurise the central government to provide better medical care at the primary and block level and believes this is the only way to fight this COVID-19 pandemic.

"We are expecting the vaccine will save us, but we have to factor in that the virus is constantly changing," Professor Shankar tells Rediff.com's Senior Contributor Rashme Sehgal. 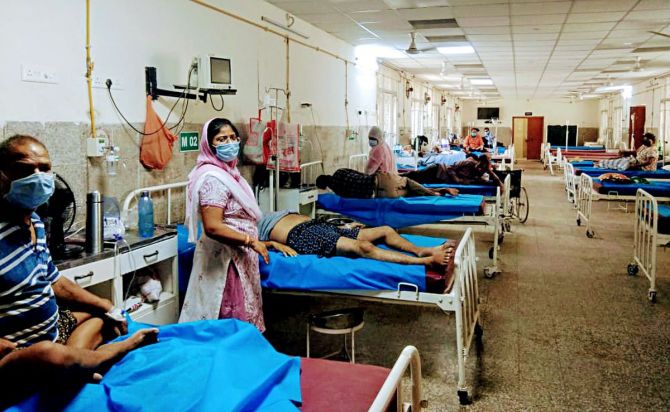 Has there been an exponential rise in Covid cases across eastern UP?

As far back as February 15 this year, I was interviewed by Newstrack where I had warned there was going to be an explosion of Covid cases not only in eastern UP, but across the country.

We had witnessed a rise in cases in Kerala and Maharashtra and I warned the government about these mutant strains also. IMAGE: Medics tend to a man inside a COVID-19 ward of a government-run hospital in Uttar Pradesh, May 11, 2021. Photograph: Danish Siddiqui/Reuters

What is your response to the UP chief minister's claim that he is an excellent administrator who has successfully combated the second wave?

Which politician says he is not a good administrator?

You cannot judge people by their claims, but by their actions.

My emphasis is that the right to health has to be made an integral part of the nation's agenda and only then will we be able to ensure that the present pandemic can be tackled at the grassroot level.

I have told the government time and again that they need to give three lakh crore rupees to build up a supplementary health infrastructure.

This money will not go into salaries or other administrative expenses, but only on beefing up those measures that will directly improve the health of the public.

Only then can we fight this pandemic. 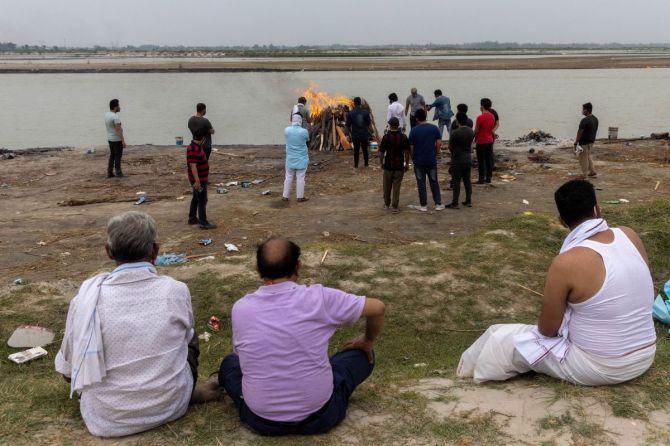 IMAGE: Relatives watch the cremation of a man who died from COVID-19 at Garhmukteshwar, Uttar Pradesh. Photograph: Danish Siddiqui/Reuters

The UP CM says there is no oxygen shortage and beds are freely available.

Before April 29, we in UP were witness to a partial lockdown allowing people to come from villages to towns for their health treatment.

But when large numbers of dead bodies were being brought out of hospitals and being taken to cremation sites in our cities, there was a hue and cry in the media.

The CM then decided to go in for a complete lockdown.

But let me tell you that though people are saying there were fewer deaths during the first wave, according to me, and this information has been corroborated by several leading epidemiologists, there were over two million deaths across India in 2020.

But these deaths were hidden because they died in the villages and so these facts did not come out in the open.

What is the purpose of a complete lockdown? You prevent people from moving around.

This is happening on a much larger scale this time around.

At least half the population in our state has been infected.

I am of the opinion that 50 crore to 60 crore (500 million to 600 million) people across India would be infected today. Is this across all age groups?

In this wave, children are not so infected.

My observation of patients coming to BHU is that the worst affected are people between the age of 30 to 55.

Young people are making a major mistake thinking they have just got a cough and cold without realising that if their oxygen levels dip suddenly, it can cause sudden death.

Because of the mutant virus, infectivity rates are much higher.

They have stopped people from going to cities for treatment.

Obviously, numbers will come down, but these statistics are far from the truth.

Villagers have no choice but to go to jhola chaap doctors.

A lockdown is a convenient way of hiding the truth.

A lockdown has no meaning when large numbers get infected.

DRDO must build hospitals in our villages and we must see a decentralisation of our health facilities. 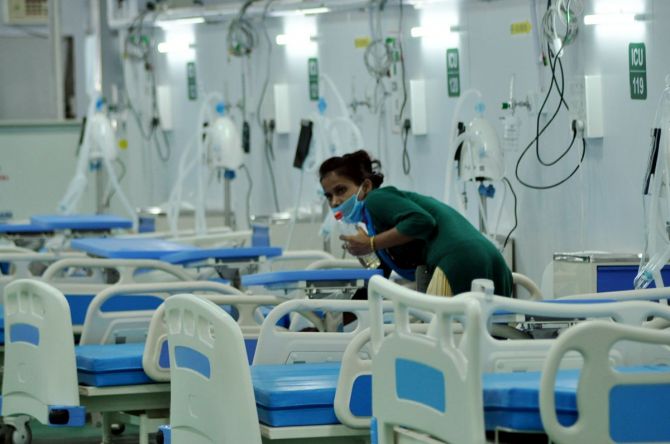 Investing in health infrastructure at the primary level and making drugs available for villagers will see us save many lives.

If half the country is infected, then have we developed herd immunity?

We are expecting the vaccine will save us, but we have to factor in that the virus is constantly changing.

Will a vaccine be able to cover all these mutations? Let us see.

This January, we saw a dip in cases because we had developed a natural immunity developed against the virus, but this was no thanks to the government.

The RNA virus is given to mutations which will infect faster and thereby be more deadly.

I believe the vaccine is not the solution to eradicate COVID-19, we need to develop a drug.

DRDO has come up with a drug.

A 100 patient trial is no trial. It needs to be tested in thousands of people. Till this does not happen, it could be another bluff. 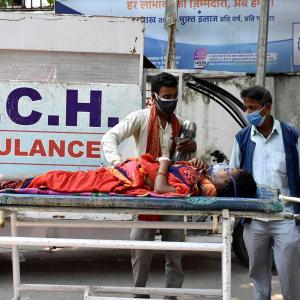