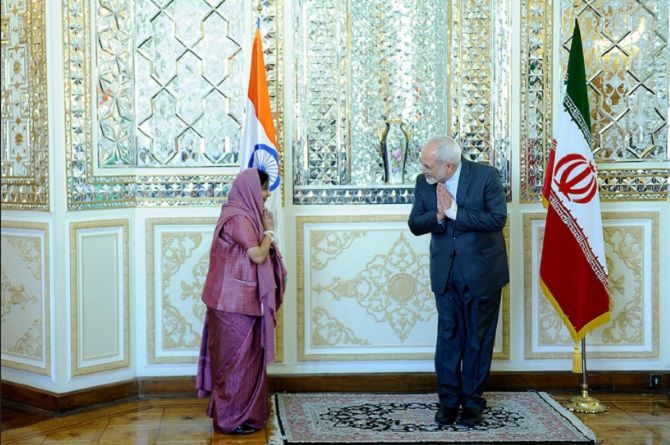 Informal observers always mention the inevitability of a strong India-Iran relationship due to historic civilisational linkages. However, it takes an effort to tango if a mutual relationship has to be progressed.

The natural relationship has had many constraints and restraints. As Prime Minister Narendra Modi proceeds for one of his very important foreign visits to Tehran, it is worth reviewing why this relationship has never been a low hanging fruit. It also needs new focus and energy of clear intent to make it happen.

Iran's Ambassador in India Gholamreza Ansari, shortly after the lifting of sanctions, spoke at a seminar, words which are likely to be quoted extensively for some years. 'In my three years as the Ambassador of Iran,' he said, 'I have often been advised to be patient on big India-Iran projects. Does India want to wait for centuries before capturing the right opportunities?' What was preventing the capturing of the right opportunities is important to know.

When the world was emerging from the Cold War era and a new order was just starting to take shape, Iran was 10 to 12 years into the post Revolution period. Its relationship with the international community and within the Islamic world was under severe strain. The India-Iran relationship was based more on the flow of India's energy needs and the emotional linkages of the Indian Shia community.

Iran somehow perceived India closer to Saddam Hussain's Iraq. The development of closer economic ties with the GCC (Gulf Cooperation Council) countries and the flow of Indian labour and managerial talent into them also had its effect in creating a stronger relationship with the Arab nations.

The flow of oil from Iran never touched the proportions of the potential there was because after the Islamic Revolution and during the Iran-Iraq War, Iran frequently failed to meet India's volume of requirements.

On India's part there was definitely a degree of hesitation to take the relationship to the levels of true potential because after 1991 the end of the Cold War signaled the collapse of the former Soviet Union. The strategic necessity for building a relationship with the United States always haunted India's desire to move closer to Iran.

The US had a deep hurt from the events of 1979 and the hostage crisis. That hurt has continued to play a role in the way that the US handled all affairs related to Iran. Especially after Iran embarked on the nuclear path the US ensured the full implementation of its own and United Nations sanctions which effectively blocked the feasibility of normal relationships between Iran and other nations.

The other nemesis of Iran has been Israel. Iran's animosity arose out of its desire to be seen as the one leading the pack to wreak revenge on Israel on behalf of the Palestinians. After the 1979 Revolution it began a hate campaign against Israel which makes it today, 36 years later still the chief campaigner.

In the interim, India and Israel developed a strong enduring relationship on the basis of shared strategic interests. India's dependence on Israel as a key supplier of military technology and hardware therefore forced it not to push for a warmer than normal relationship with Iran; relations remained essentially transactional.

However, the above is history and now new opportunities beckon.

The July 14, 2015 Joint Comprehensive Plan of Action, normally called the Iran Nuclear Agreement, has lifted sanctions on Iran in return for comprehensive external control on its nuclear programme. It has opened up a stream of nations to seek business in a country which has largely been isolated from the international business world.

During the sanctions period India continued low key commerce with Iran and purchased oil at lower volumes due to major problems in the payment procedure. That low passion, very cautious relationship of the last 36 years is awaiting transformation and that is what the Iranian ambassador so appropriately mentioned in his speech. Prime Minister Modi's visit cannot be a negotiating event; it is a symbolic one to strengthen the politico-diplomatic relationship. However, it will be the culmination of some processes which have been going on in the background.

Everyone's eyes are on Chah Bahar port which lies in the Sistan Baluchistan area of southern Iran; we should know the geo-strategic and geo-economic reasons for this. Yet, as a starter it is good to be aware that this area has had a running low key insurgency for many years and the Islamic Republican Guard is deployed to counter it.

The prime minister's visit is being seen as a big ticket event on Chah Bahar because once embedded here the Indian commercial set-up can finally start looking towards Central Asia, 24 years after the first opportunities arose. Denied access to both Afghanistan and Central Asia by Pakistan these developments are also being closely watched by Islamabad.

A Transport and Transit Corridors (Chabahar) Agreement was finalised during the second meeting of experts in Delhi on April 11, 2016 and includes Afghanistan within its ambit. This will be a major strategic breakthrough and is to be inked during the visit.

Once materialised it is bound to enhance the Iran-India-Afghanistan relationship and help the latter in its fledgling trade ventures.

However, the fact that the infrastructure connecting Chah Bahar inwards and onto the intended areas is either nonexistent or in a poor state will mean that the real worth of the Agreement will take time to materialize.

There is a need for refurbishment and fresh construction of railway infrastructure and provision of rolling stock which is already underway. This will need stamina, staying power and much convincing for Iran's continued involvement even in the face of other viable and functional ports at Bandar Abbas and Bandar Khomeini.

Energy will compete with connectivity as the next big issue.

With funds in its hands after the de-freezing of its $100 billion in the US Iran should be looking towards participating in big ticket projects which will enhance the quantum of supply of natural gas to India.

The Iran Pakistan India $7.5 billion pipeline is as good as dead due to Pakistan's obstinacy. However, there are other projects on the drawing board such as an Iran Oman India undersea pipeline. The Farzad 2 gas fields are likely to be taken up by some Indian companies with a $5 billion to $10 billion investment.

Here again it is a question of competing technology from the US and other developed countries to exploit Iran's known reserves. Indian companies will have to give robust competition.

How will Pakistan and China see these developments in the light of the $46 billion investment that China is making in the China Pakistan Economic Corridor? The idea of isolating India and having an exclusive connect in the region for China is likely to fly in the face if the projects being contemplated fully fructify.

Perhaps more public sector support to India's private players may be needed. China will attempt to do everything to prevent this happening and through the proxy of Pakistan which has restive borders in the Chah Bahar region.

Lastly, an issue for the sidelines of the PM's visit which must be something India should constantly seek for its viability is the Iran-Israel relationship. There really are no potential mediators. Animosity and antagonism do not last forever. They too are contextual.

Perhaps, with contexts changing and the common adversary of all being ISIS (Daesh), Iran and Israel have no reason to be adversaries. The Hezbollah question will remain. However, even Israel should be happy to rid itself of the burden of constantly defending itself.

Perhaps the time for the idea has come and India can play the most positive role in this regard. 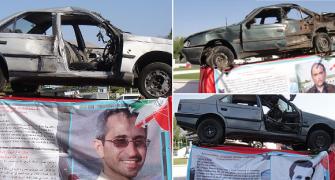 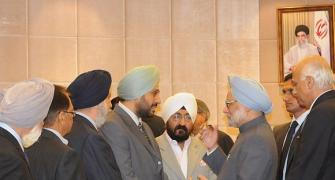 How to organise a summit, the Iranian way
The importance of bilateral ties with Iran 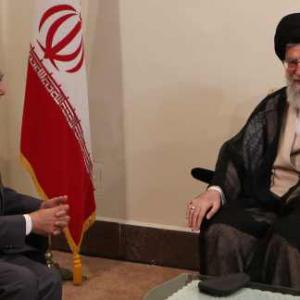