Why is Press Council of India toeing govt line on J&K media curbs?

'Is the application the Press Council's voice or the government's?

'It has been reported that other members of the PCI were taken aback at the Press Council's application.

'These members need to publicly question the chairman to redeem their own positions,' says Jyoti Punwani. 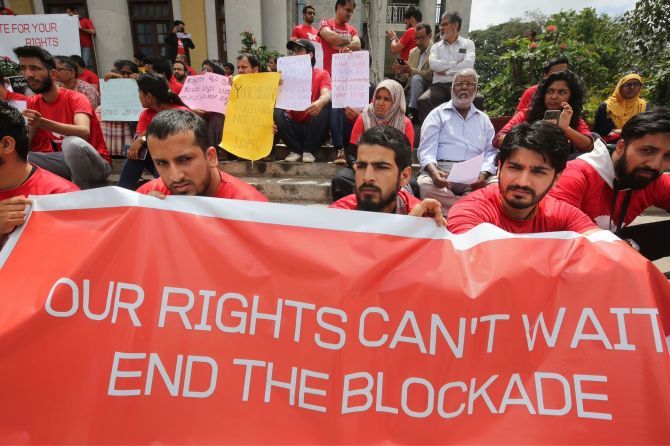 IMAGE: Kashmiris in Bengaluru stage a protest against the blockade of communication in Kashmir, on August 24, 2019. Photograph: PTI Photo

There was a time when an admonishment from the Press Council ​of India ​could disgrace a newspaper.

​​​Whenever the Council's lack of punitive powers ​became a topic of public discussion, ​this unique authority wielded by the country's only ​press ​monitor would be pointed​ out.

Are punitive powers for a press watchdog really necessary, given both the PCI'​s​ moral standing and the possibility that such powers could result in censorship, were the questions journalists would pose.

​These questions seem from such a long time ago! Today, we have a situation when our own watchdog is batting for censorship.

It has just filed an application in the Supreme Court seeking to intervene in a matter concerning the government's total censorship and communication blackout in Kashmir.

It seeks to intervene not in favour of the petition, but against it.

In the process, it has not hesitated even to convey a misleading impression to the Supreme Court by misrepresenting the contents of the original petition.

The petition, filed on August 10 by the executive editor of the Kashmir Times, asks the Supreme Court to direct the government to ​​lift the curbs ​on communication​ and on mobility of journalists, imposed in Kashmir since August 5.

What makes the ​Council's move even more shocking is the identity of the petitioner.

Anuradha Bhasin is a respected name in media circles, as is her paper.

The Kashmir Times is the oldest and largest circulated English newspaper published from Kashmir, founded by the renowned journalist Ved Bhasin​.

When the executive editor of the Kashmir Times approached the Supreme Court against the news clampdown in the valley, journalists heaved a sigh of relief that ​​​this important matter had been taken up by the right person.

​The Press Council ought to have intervened in support of Bhasin's petition.

The clampdown on communication in Kashmir has made international news.

There is no way it can be justified.

India is not at war; and today, censorship even in times of war is not acceptable.

Why has the Press Council instead acted against its very raison d'etre?

It simply quotes provisions from the Press Council Act, 1978, which lay down it​s functions.

Foremost among these, as its application itself lists, is ensuring the freedom of the press.

But the application also lists provisions that enjoin it to draw up a code of conduct, ensure that the press acts responsibly and fosters a sense of both the "rights and responsibilities of citizenship."

"Rights and responsibilities of citizenship" -- this phrase, when used while talking of press freedom, is designed to make one uneasy.

What follows in the application validates that feeling. IMAGE: Security personnel stand guard next to concertina wire laid across a road during restrictions after the government scrapped the special status for Kashmir, in Srinagar. Photograph: Danish Ismail/Reuters

The Press Council's application describes Art 370 as "the most contentious provision of the Constitution of India".

Its abrogation was the development that prompted the restrictions on communication facilities, in the "interests of the integrity and sovereignty of the country," it goes on to say.

Is this the Press Council speaking or a ruling party spokesperson?

Leaving aside this crucial question for the moment, what is more astonishing is the allegation made in the application that Bhasin's petition does not mention the abrogation of Art 370.

A quick reading of Bhasin's petition tells you that the Press Council's observation is wrong, that the petition mentions the abrogation of Art 370 at two points.

The first time is when the petition mentions the Constitution (Application to Jammu & Kashmir) Order, 2019 being published in the Gazette of India. (This order strips Kashmir of its special status).

Later in the petition, while listing out the grounds for filing the petition, the petitioner says that the "information and communication blackhole in the Kashmir Valley is an assault on the right to know of the people of Kashmir about the Union Government's policies pertaining to abrogation of Art 370..."

The Press Council even misrepresents the intent of Bhasin's petition.

It insinuates that Bhasin filed her petition against censorship only because her own paper's circulation and her earnings were adversely affected.

Bhasin's petition raises different issues: the media's role as the fourth pillar of democracy; its right to disseminate news as well as opinions of people; the people's right to know about decisions that directly impact their lives and future, and the government's efforts to trample on these rights of the press and the people.

It quotes Supreme Court judgments on these matters.

Bhasin's petition also mentions both the national and international reaction to the news clampdown.

It quotes the comments of the UN Special Rapporteur on Freedom of Speech reported in The Guardian; a report on the media blackout by the international Committee to Protect Journalists; as well as reports published in Indian newspapers by senior journalists about the unprecedented nature of the blackout.

The effect on Kashmiris of the total information and communication shutdown as well as restrictions on their mobility is also described in the petition.

These have fuelled "anxiety, panic, alarm, insecurity and fear," says the petition.

These are matters the Press Council ought to have been concerned with in the first place.

But in line with the perverse abandonment of its duty, the Council's petition is reminiscent of the Emergency, when press censorship was formally imposed.

In fact, the Press Council's petition immediately brought to mind a scene this writer, then just a rookie journalist, was fortunate (or unfortunate) enough to have witnessed soon after the Emergency was declared. 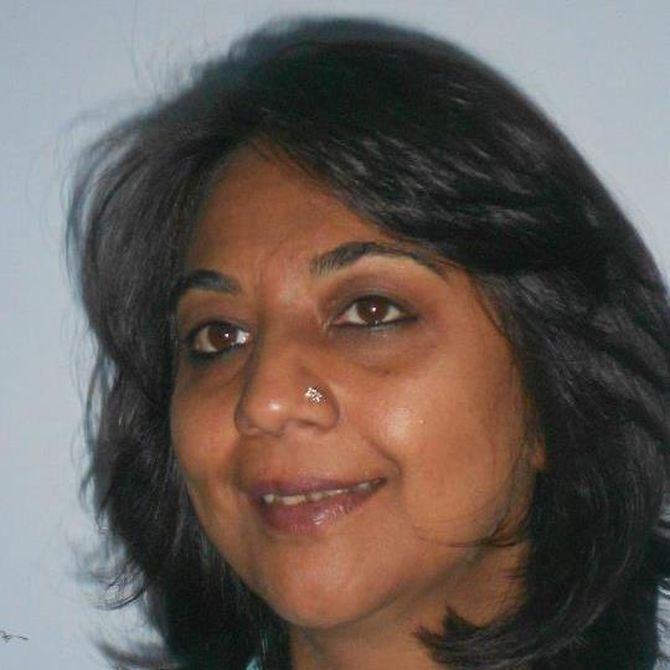 In the Bombay Union of Journalists' hall, a stormy meet of the city's senior journalists ended in a resolution supporting the Emergency and by implication, press censorship.

S B Kolpe, then a leading member of the Indian Federation of Working Journalists and founder of the Federation's news weekly Clarity, was the leading light behind the resolution.

Both were known as freedom-fighters, leftists and trade unionists.

Significantly, the editor of Kolpe's paper Clarity, the Socialist Dinkar Sakrikar, resigned soon after this meet, in protest against the Emergency.

In its petition, the Council quotes at length provisions about its duty to prevent the publication of false news, and stresses the need to be wary of any "assistance" rendered to the press by "foreign sources".

One fails to see the relevance of these points.

Bhasin, in her 30 years of journalistic practice, has never been known as a peddler of fake news.

In fact, in an interview after her petition was filed, Bhasin expressed concern about the spread of rumours in Kashmir thanks to the news blackout.

And what exactly does the Council imply by its repeated references to "foreign sources"? If it is referring to Pakistan planting stories, that does not require a news clampdown in Kashmir; in fact, such a clampdown makes it easier for Pakistan to let all kinds of fantastical rumours be passed off as news.

Surely the PCI knows all this.

Interestingly, Justice (retd) C K Prasad, the chairman of the Press Council, addressing journalists at the Mumbai Press Club in December 2016, had exhorted them to "trust" the Council.

"The Press Council is your body," he had said.

"Its function is not to regulate the press.

"I hate that word 'regulate'. The Press Council is meant to ensure the freedom of the press."

At that time, too, he was serving as chairman of the Press Council as an appointee of the BJP government.

His second term as chairman is also courtesy the same government.

So why this sudden about-turn?

Could it be due to the illustrious personalities appointed last year to the Council: BJP vice-president and veteran RSS member Vinay Sahasrabuddhe; BJP Yuva Morcha leader Prathap Simha; chairman of the Bar Council of India Manan Kumar Mishra who, in 2013, had hailed then CM of Gujarat Narendra Modi as 'Vikas Purush' and the "future of India"; and the only journalist among these -- BJP Rajya Sabha member Swapan Dasupta?

Along with lawyer Meenakshi Lekhi, who was re-appointed for a second term, Sahasrabuddhe and Dasgupta have been spokespersons for the BJP for a long time.

That answers the question asked earlier: is the application the Press Council's voice or the government's?

It has been reported that other members of the PCI were taken aback at the Press Council's application.

These members need to publicly question the chairman to redeem their own positions.

Fortunately, most journalists' associations have already condemned the Council's move, making this a rare instance when a majority of professionals are standing up against a body supposed to look after their interests.

One recalls how during Mumbai's long textile strike in 1982, INTUC, the trade union of the ruling Congress, betrayed the striking workers.

In China, official trade unions are notorious for betraying the interests of workers.

How shameful that the once-respected Press Council of India is joining this disgraced list! 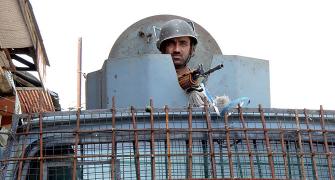 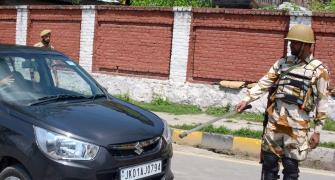 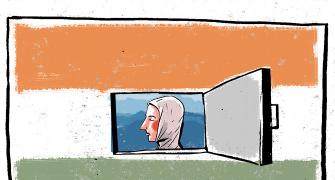 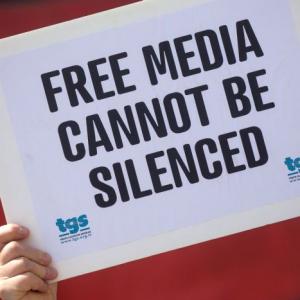