News
Business
Movies
Sports
Cricket
Get Ahead
Money Tips
Shopping
Sign in  |  Create a Rediffmail account
Rediff.com  » News » Like with 370, can govt move against entitled minions?

'After the revocation of Article 370, sundry lowlifes on social media were cock-a-hoop at the idea of laying claim to Kashmiri girls.

'When Article 370 was never a Lakshman Rekha around the girls of Kashmir, why should its removal signal that they had suddenly become fair game,' asks Shuma Raha. 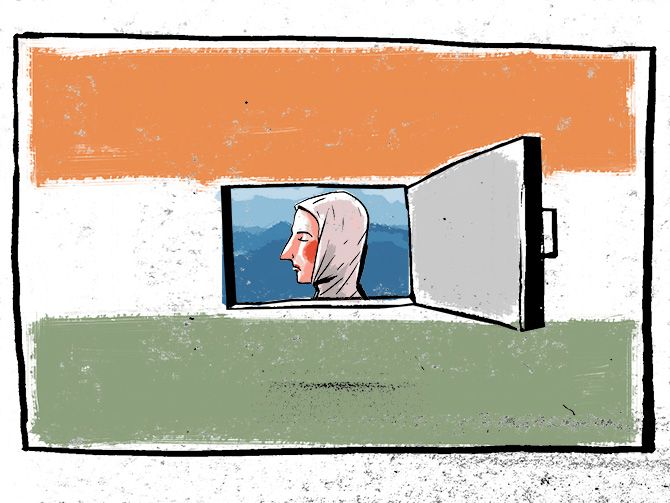 One knows all about the stubborn power of India's patriarchy and its insistence on viewing women as chattel to be seized, possessed or discarded at will.

Even so, there are times when one is shocked anew by the depth of insensitivity to which it can descend and the breezy confidence it exudes in its belief that it has a divine right over the fates of women.

Recently, while India and the world were debating the government's momentous decision to abrogate Article 370 of the Constitution that granted special status to Jammu and Kashmir, and downgrade the state and carve it up into a couple of union territories, some Indian men had only one thing on their tiny minds: lecherous fantasies of getting married to "fair" and "beautiful" Kashmiri girls.

First, Vikram Singh Saini, a BJP MLA from Khatauli in Uttar Pradesh, declared that party workers were feeling excited because now that Article 370 had been scrapped, they could go and marry Kashmiri girls.

"Shaadi wahaan karo na, Kashmiri gori ladki se. Khushi manani chahiye (Get married there -- to a fair Kashmiri girl. It's a cause for celebrations)," exhorted the good legislator, giddy on visions of beauteous Kashmir ki kalis waiting to be plucked by fine specimens of Indian manhood such as himself.

Saini is, of course, utterly ill-informed.

Men from the rest of the country were never barred from marrying Kashmiri girls.

The only restriction was that when a girl married a non-Kashmiri, she lost the right to inherit property.

It was a sexist and discriminatory rule, but hardly a deal-breaker for a couple in love.

However, Saini's ignorance is the least offensive part of his statement.

He displays his colour bias too -- his valorisation of fairness as a marker of desirability.

But what is truly nauseating is that while Kashmir was on lockdown, fenced off from the rest of the world with a massive deployment of security forces -- its communication networks snapped, its people forced to live under near curfew conditions -- Saini was salivating at the prospect of getting to its girls.

He didn't have a shadow of doubt that they were there for the taking, nor did he stop to think that the girls in question might have an opinion on the matter.

And it's not just Saini.

After the revocation of Article 370, sundry lowlifes on social media were cock-a-hoop at the idea of laying claim to Kashmiri girls.

When Article 370 was never a Lakshman Rekha around the girls of Kashmir, why should its removal signal that they had suddenly become fair game?

It makes you wonder if these men are all lit up with lust for Kashmiri girls in large part because the Valley is now cowed and fearful, overrun with soldiers who represent the might of the Indian State.

But that's the classic invader mindset, isn't it? The victorious feel entitled to pillage the vanquished terrain and visit their sexual rapacity on its girls and women.

Saini and his ilk may dress up their designs on Kashmiri girls with socially sanctifying words like "marriage"; some may jocularly refer to Kashmir as their future "sasuraal".

But their newfound desire for Kashmiri girls really derives from and fits into the sickening narrative of India's rape culture, one where there are reports every day of men forcing themselves on women and girls -- the weaker, the more defenceless, the better.

And to some, girls from that beleaguered land probably seem pretty defenceless right now.

Events in Kashmir prove that the Indian government can move with speed and force when it wants to.

It can upend decades of tradition in one fell swoop.

Could it not direct the same lethal energy into clamping down on those who perpetuate the country's vicious rape culture in word or deed?

Could it not defang such entitled minions of patriarchy as Saini?

For more than a year, the powers that be did next to nothing to prosecute him.

Shuma Raha is a journalist and author based in Delhi. 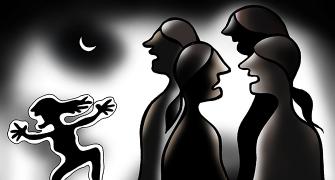 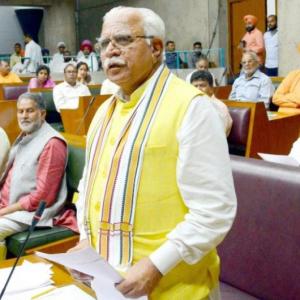