The entire gamut of China's activities is aimed at keeping India on tenterhooks, cause fatigue to its troops and keeping its security system unstable, so that it cannot play a meaningful role in international geopolitics as an effective partner of the US and Japan, observes Lieutenant General Syed Ata Hasnain (retd). 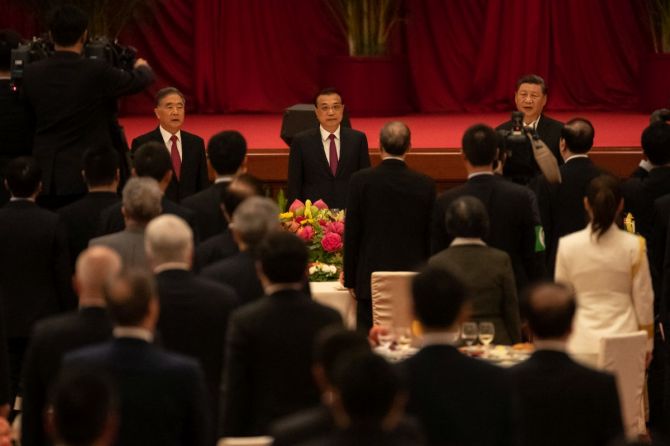 In five months of the Ladakh standoff between India and China I could not detect a serious act by China which could lead to an inference that it was preparing for campaign style hot war operations to wrest territory from India.

I am certainly not giving a good conduct certificate to Mr Xi Jinping.

I am only observing that the PLA's ground actions have in no way supported the bluster of Global Times, official spokesmen and urgings by university analysts; they have been hugely over read by us at the beginning of the standoff and for good reason.

We could not take chances with this unpredictable behaviour of a nation which has ambitions of being the most powerful nation on earth in times to come; and it perceives that India is among those who happen to stand in its way.

I further deduced in the media that with the limits of conventional war which China seemed to have self-imposed in the Ladakh sector it was becoming evident that its intent was other than what India had originally perceived.

I used the term 'hybrid war' to explain the concept and nature of operations China had adopted and was pursuing against us.

This led to many queries and comments mostly revolving around the nature of hybrid war, what it can achieve and why China has adopted it, as against all out conventional war, especially when known asymmetry between the military capabilities of the two countries gives China an advantage.

These queries are genuine primarily because hybrid war is a phenomenon very few care to study.

The idea that war always occurs in the single domain of military kinetics and at a level and pitch which is always the highest, is the usual perception that persists in the public mind.

The idea of low, mid, high or simply calibrated intensities mixed with many other domains from the spectrum of security, is usually not very appealing against the alluring perception of the romanticism attached to high end war.

Hybrid warfare is an old concept but given a fillip due to new and emerging technologies particularly in the field of electronic networks but it remains an ill-defined notion in war studies.

It refers to the use of unconventional methods as part of a multi-domain warfighting approach.

These methods aim to disrupt and disable an opponent's actions without engaging in open hostilities.

This extends to the economic, social, information and political fields.

There is intense focus on the political field today with manipulation as core intent; this form of warfare has come to be termed grey zone warfare.

It commonly refers to power being employed to achieve national objectives in a way that falls short of physical conflict.

The Russian strategy of attempting manipulation of American politics, as done in 2016 was a classic example of the grey zone.

Hybrid war is best exemplified today by the Russian efforts towards preventing the eastward march of NATO to Ukraine and Russia's near abroad.

Perturbed at the rapid strides made by NATO to pressurize Russia's near abroad regions and in no position to militarily contest that, Russia opted for the combination of various domains of war without indulging in kinetic operations to achieve its aim.

In the India-China context and in the current times, why does the hybrid option appear to be a very good one for China?

It is because winning conventional war carries no guarantee against India whose military capability cannot be clearly ascertained; what is certain is that it is a far cry from 1962 when China soundly defeated India in a border war.

National resilience is of a very high order.

Secondly\, any military setback would have a boomerang effect for China in far too many domains.

Internally, the grandiose dreams of premier geopolitical status among nations would receive a setback and even destabilise the current leadership.

Thirdly, target nations under its coercive strategy such as Taiwan, Japan, Vietnam and the nations of the South China Sea region would be greatly emboldened.

Fourthly, let alone resistance to the attempts to dominate the Indo-Pacific by the US and its partners the ability to even defend China's own turf and status within the Pacific region would be severely challenged.

Hybrid strategy provides some basic guarantees and in China's case has effectively been a product of the strategies that the PLA has been developing over a period of time.

War under 'informationized conditions' (1993), followed by legal, media and cyber war (2003) essentially alluded to hybrid strategy especially with development of high profile conventional capability to include the PLA rocket force and the PLA air force.

Conceptually, China is using its conventional forces for projection and deterrence while deploying a limited number for border friction.

Its reliance appears to be on the projection of a larger than life capability to overawe the Indian armed forces and combine this with employment of fifth generation warfare.

The Indian media exposed how a private Chinese data mining company had been tracking 'big data' of over 10,000 Indian individuals.

How effectively could it use this data has not been ascertained.

China will probably in due course make experimental attempts to target a few Indian networks as part of its cyber capability.

Military networks in Ladakh could be susceptible to this and have probably been experimented with by now.

At the same time the notion of the half front in India's threat perception of a 'two and a half front' scenario is externally sponsored insurgency or militancy.

North East India and the Red Corridor remain vulnerable to Chinese manipulation to ensure this.

The domain where China will probably attempt maximum focus is psychological warfare propagandising that India's capability cannot match up to China in any field and thus cow it down.

From border infrastructure to economy and from weaponry to research and development it will pull out the stops using electronic, social and print media to show India in poor light.

Fortunately, its efforts thus far have been ham handed and the Indian public and indeed the world has got used to this strategy.

Indian push back has inspired others to do the same.

To its credit, the Indian media has not done a bad job in educating the public.

By and large the world has far greater respect for India.

The entire gamut of China's activities is aimed at keeping India on tenterhooks, cause fatigue to its troops and keeping its security system unstable, so that it cannot play a meaningful role in international geopolitics as an effective partner of the US and Japan.

Quite the opposite seems to be happening with the manner in which the QUAD is progressing.

This could be frustrating for China, but will not force any change in its attitude or strategy.

The world is currently undergoing a major transition and the spring of 2021 is likely to herald a setting which could witness greater competition towards dominance of important regions of the world such as the Indo Pacific or West Asia.

China is likely to wait out the current times to take stock of the future environment, but the interim period could be unpredictable with the internal dynamics of the Chinese Communist party, the uncertain status and power of Xi Jinping and the outcome of his meeting with Prime Minister Narendra Modi in November at the SCO summit. 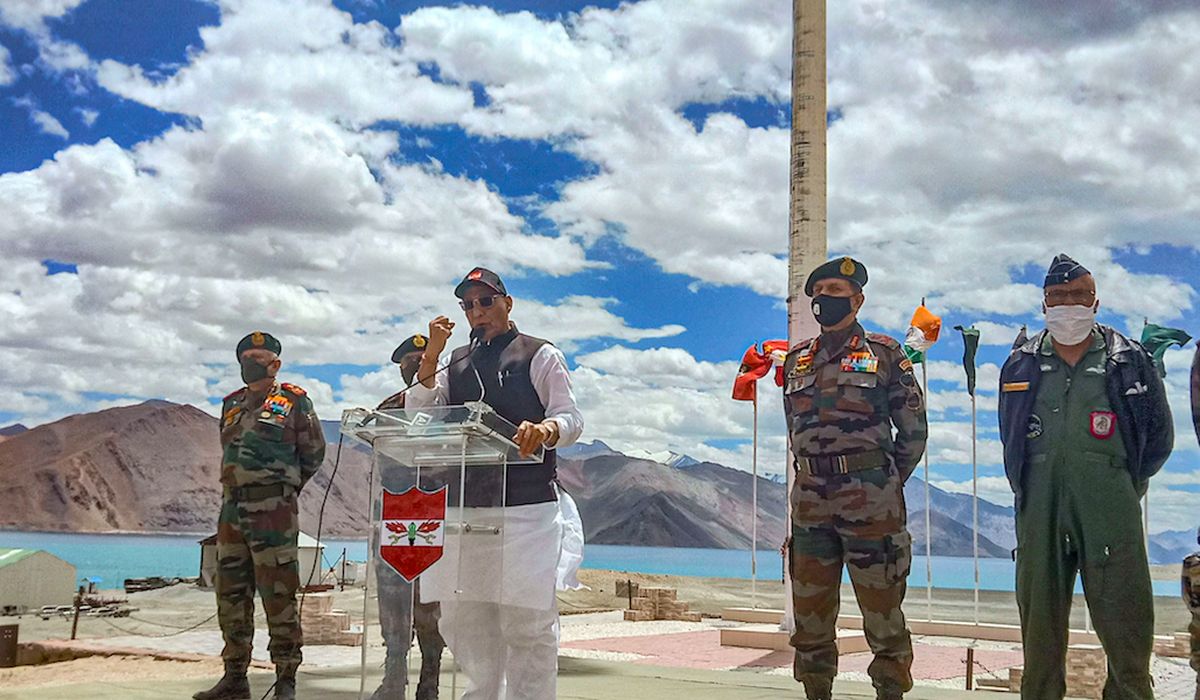