'China is mindful of the fact that it is not confronting the Indian Army of 1962. But the sabre rattling will continue.' 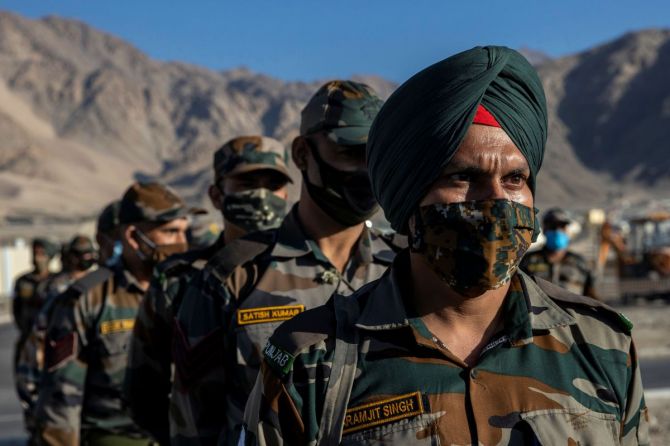 "I doubt China would indulge in aggressive activity in Arunachal Pradesh because they have been taught a lesson by Indian forces in Ladakh,' says Lieutenant General Shakti Gurung, PVSM, UYSM, AVSM, VSM (retd).

General Gurung commanded 70,000 troops of the IV Corps entrusted with securing peace and tranquility along the Line of Actual Control in Arunachal Pradesh.

The general served as general officer commanding of a mountain division in charge of securing the Manipur-Myanmar border and also as brigade commander on the Line of Control in Kashmir.

From his home in Dehradun, General Gurung tells Rediff.com's Archana Masih why it won't be prudent for China to open up all fronts across a long and extensive border with India.

The PLA has been building up its presence, in the Arunachal sector. Is there are possibility of a military flashpoint on this side of LAC as well?

I don't think that would be possible. It will not be prudent for China to open all fronts across such a long and extensive border.

The entire border area from the western to the eastern sector falls under China's western theatre command.

When there is an offensive going on on the Western Front (Ladakh), I don't think they will open one on the Eastern Front (Arunachal Pradesh).

Moreover, our Eastern Front has adequate deployment of troops which does not make it easy for the Chinese to try any military action.

What actions can China undertake on the Arunachal border that India must be cautious about?

The Tsang Po river lies deep into Chinese territory and it takes 5-6 days of travel to reach the LAC from the river.

Chinese forces would have to cross 11 bridges on the Tsang Po in case they want to come up to the LAC.

The moment the Chinese try to cross the Tsang Po, they will come under Indian surveillance. It would provide Indian troops adequate early warning to mobilise troops to defensive locations.

But the Chinese could try some offensive postures. They can undertake some grab actions along the LAC in case they want to open up that front.

But I doubt they would indulge in that activity in Arunachal because they have been taught a lesson by Indian forces in Ladakh.

The two sectors that reportedly are seeing enhanced PLA activity are the Tawang and Walong sectors which saw the brunt of Chinese offensive in the 1962 War. How precarious are these sectors?

We have to be cautious all along the border.

Indian troops have had enough time to mobilise substantially.

The traditional routes of Chinese ingress would be Walong, Siang and the Dibang Valley and that entire area is very securely held by the Indian Army.

The Chinese would need a very large force level to launch an assault and I doubt the Chinese western theatre command has that kind of force level.

Are we likely to see more aggressive posturing by the PLA like the abduction of porters from Arunachal Pradesh two weeks ago? What are the kinds of actions that one can expect?

I don't know if they were porters or cattle grazers. There are a number of disputed areas along the LAC in Arunachal and the Chinese can take similar actions.

They may undertake nibbling actions. I don't think those actions will be significant because there is hardly any area that is not held by Indian forces.

With a harsh and hard winter ahead, I don't see much action across the LAC for the next four, five months. The snow will set in by October and will prohibit movement. 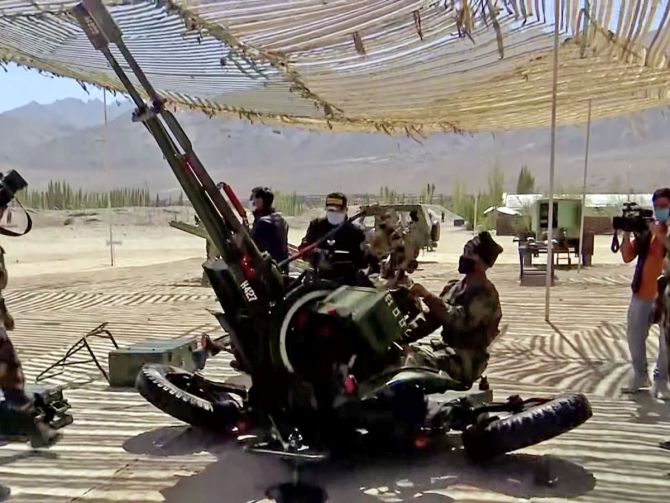 IMAGE: Indian Army artillery gun being displayed during a practice rescue and other operations carried out by the Army Engineers in Ladakh, September 15, 2020. Photograph: ANI Photo

What are the challenges of the weather during the winter months in the Arunachal sector as compared to Ladakh?

In winter you are basically combating the weather. There are winter vacated posts both in Ladakh and Arunachal. These posts are generally located in areas where you don't expect infiltration or intrusion.

But this time, Indian troops will have to continue holding these posts, at least till April-May when the passes open up.

The supporting elements will have to be stocked for the winter, and the mobile reserves and artillery moved adequately forward.

The habitat along the LAC will have to be reinforced with well-equipped bunkers and Arctic tents.

The stand-off has been building up for months and the Indian Army must have made adequate preparations and mobilised for the long haul.

The troops are eyeball-to-eyeball all along, especially in areas which saw action in the 1962 War.

Some of the most crucial battles have been fought in Arunachal in the 1962 War. What changes/improvements did you see when you served as a young officer in 1986 and went back as corps commander in 2011?

There has been tremendous improvement.

In 1986, we could still see the remains of collapsed 1962 bunkers, unexploded grenades and rifle magazines.

We also gathered the remains of some jawans and cremated them.

It was shortly after the Somdorung Chu crisis when the Chinese ingressed in the Tawang district.

Infrastructure, roads, helipads, communication and digital connectivity, hospitals have all improved greatly since then.

Our force levels have gone up tremendously.

The defence equipment and weapons carried by our jawans are advanced and modern. It is not easy for the Chinese if they try any misadventure.

China also is mindful of the fact that it is not confronting the Indian Army of 1962.

They will be taught a lesson. I have no doubt about it. 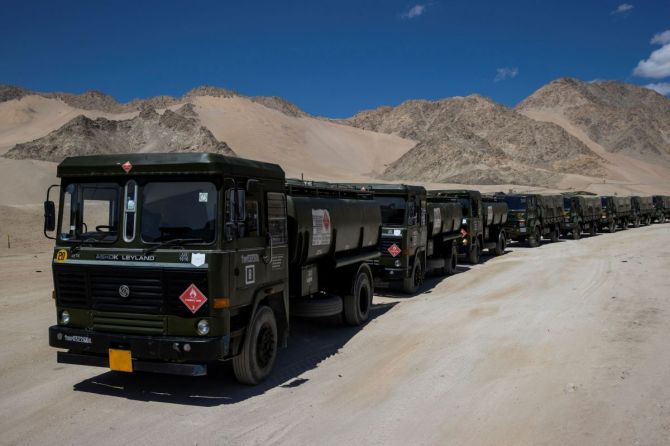 Do you feel the baggage and disappointment of the 1962 defeat is firmly behind us?

I have served in that area and I feel we tend to look at the 1962 India-China War under a shadow of defeat, but the Indian Army fought some of its most heroic battles like Rezang La, Jaswantgarh, Walong, where we were victorious.

The overall war machine and political system collapsed, but the manner in which the Indian jawan fought with limited resources was fantastic.

Each and every battle was fought heroically.

In Namka Chu, where I was company commander, the 7th Brigade under Brigadier John Dalvi had fought heroically even though they were woefully outnumbered by the Chinese forces.

I continue to be impressed in the manner the Indian Army fought at every place as the battle progressed to Sela and beyond to Bomdilla and the Tezpur plains.

The manner in which the Indian Army fought at every step was exceptional and must be written about and told.

As a military man, how do you see the stand-off unfolding in the coming months?

With winter setting in, both the forces will remain where they are.

Diplomatic and military talks are ongoing. Meanwhile, the world is getting worried about China's expansionist design, especially its neighours.

The media keeps talking of the looming war clouds, but winter restricts movement.

We have occupied the dominating heights in Ladakh and are firmly entrenched which will deter China from launching an offensive, but the sabre rattling will continue.