Why Do Bridges Collapse In Uttarakhand?

In the last five years, 37 bridges have collapsed in Uttarakhand.
Another 27 bridges are on the brink of collapse.
'Our politicians don't view these bridge collapses as a setback.'
'Rather they see them as an opportunity to make more money.'
Rashme Sehgal reports. But with crucial funds being diverted to it, Uttarakhand's infrastructure stands neglected.

A recent government survey has estimated that in the last five years 37 key bridges have collapsed in Uttarakhand while another 27 bridges are on the brink of collapse.

This estimate has been arrived at by the PWD after doing a detailed mapping of each district.

The district of Pithoragarh heads the list having lost 15 bridges while the capital Dehra Dun lost three crucial bridges in 2021 alone.

Even the district of Kedarnath which has been touted as a key religious destination by Modi saw a key bridge being washed away in June 2021 close to the Gulabrai bypass.

Two other key bridges connecting Kedarnath to the state are in critical condition.

India's longest suspension bridge -- the Dobra-Chanti bridge across the Tehri dam -- developed cracks within nine months of its completion.

The bridge was inaugurated at the end of 2020. At present, all traffic on this road has been stopped to the annoyance of thousands of residents living across the dam.

The situation is so dire that a Bailey bridge located 65 km from the Line of Actual Control in the Munisyari area of Pithoragarh collapsed into a rivulet on January 10, 2022.

The cause of the accident was when the driver of an overloaded trailer tried to cross it. Despite several warnings from workers repairing another bridge located close by, the driver persisted leading to the bridge collapse.

Border Roads Organisation officials point out that following the collapse of the bridge, the area located close to the Lilam Valley on the LAC has been completely cut off. 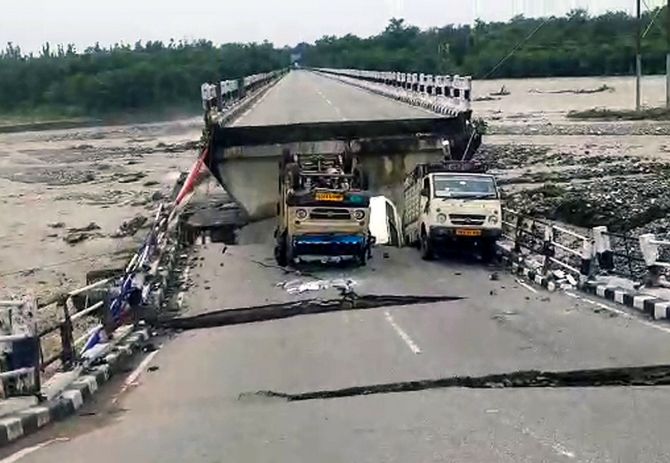 IMAGE: Damaged vehicles after a bridge collapse on the Jakhan river on the Ranipokhari-Rishikesh highway, August 27, 2021.

The most significant collapse has been the collapse of the key Dehradun-Rishikesh bridge constructed on the Jhakan river, a tributary of the Ganga, located at the Rani Pokhari village.

This vital bridge connected the Jolly Grant airport with premier destinations in Uttarakhand and dealt with a traffic load of thousands of commuters, many of whom were living in Rishikesh but were traveling to work to Dehra Dun on a daily basis.

PWD engineers had stated at the time of the bridge inauguration over a decade ago that it would last over 100 years. Sadly, it came down like ninepins on August 27, 2020.

Fortunately, timely action by the NDRF was able to rescue people stranded on the collapsed bridge ensuring no lives were lost.

The state government immediately attributed the bridge collapse to heavy rains but villagers residing in the nearby Rani Pokhari village believe the bridge came down due to rampant sand mining.

"Over the years, we have made several complaints against sand mining to the authorities but no one paid heed to us," said an elderly farmer who lives in the Rani Pokhari village.

Dehra Dun environmentalist Reenu Paul pointed out, "Given that this village falls in the premier Doiwala constituency from were former state chief minister Trivendra Singh Rawat won his MLA election, I would have thought the state machinery would have taken strict action against the sand mining mafia which is ruling the roost in Uttarakhand. Sadly this has not been the case."

"Our bureaucrats are busy passing the buck. But the fact is that excessive road building has led to muck being dumped in hundreds of our rivers. This in turn has increased their volume and density," says Dr Sati.

"Illegal sand mining worsens the situation because it exposes the pillars of these bridges leaving them more vulnerable. With water flowing at a much greater speed, it has created a situation where several bridges have collapsed," explains Dr Sati. IMAGE: A portion of a bridge over the Gaula river washed away at Haldwani, October 19, 2021.

Two other bridges in Dehra Dun that collapsed in 2020 were the bridge on the Song river that leads up to Maldevta from Sahasradhara and the bridge connecting Dehra to Raipur.

Sas Raman Negi, working in a restaurant in Maldevta, "Not only is sand mining rampant. Huge boulders on both sides of the Song river (another tributary of the Ganga) are being taken in trucks by the land mafia and then crushed to be used in the construction business."

Raj Bhagat, a civil engineer with the World Resource Institute, drew attention to the collapse of the key bridge over the Gaula river in Haldwani district in 2020.

This key bridge, known as the Haldwani-Ranibagh bridge, connected Haldwani to Bhimtal, Almora, and Ranikhet.

Using satellite pictures, Bhagat shows how this is a second bridge on the Gaula river which has collapsed, the first having been washed away in 2008.

He has pointed out in a series of tweets that the bridge designers did not anticipate that just 500 metres downstream of the bridge, intense sand mining activity had resulted in the deepening of the river bed.

"As the river bed downstream began to erode so was the case upstream. To worsen the situation, a massive stadium and a sports complex were built on the flood plain thereby limiting the buffer of the river. As the river became narrower, its flow intensified causing even more strain on the bridge structure resulting in its collapse,' says Bhagat.

A senior retired PWD official points out, 'The cost of rebuilding each bridge runs into hundreds of crores. Before they do so, they need to conduct a proper soil and site survey to ensure all safety norms are followed."

Professor Vikram Soni, who has spent the last three decades working on rivers, points out that sand is a porous material that absorbs water thereby helping to reduce the flow of the water.

"But when sand is removed from the river bed, the river flows at greater speed and at greater volume. This increases the pressure on the structure and could well prove to be one of the key causes in bringing them down," says Professor Soni.

IMAGE:Vehicles trapped after the Pokhari bridge on the Dehradun-Rishikesh highway collapsed.

Thirty-four PILs have been filed in the Nainital high court against rampant sand mining. The court has taken cognisance of the problem, but little has changed on the ground.

Those who raise their voices against sand and boulder mining are openly attacked.

Leading environmentalist Dr Bharat Jhunjhunwala had his face blackened when he raised his voice against this mafia.

The same was the case with activist Ajay Narain Sharma who has received death threats after he filed a PIL. Presently, he has been provided with police protection.

Himanshu Thakkar, an engineer who heads the South Asia Network on Dams River and People, is extremely concerned with the exponential increase in sand mining across Uttarakhand's rivers.

"Sand mining exposes the foundations of the bridges causing them to erode. But our politicians do not view these bridge collapses as a setback. Rather they see them as an opportunity to make more money," says Thakkar.

A bridge collapse means the snapping of a key communication line for hundreds of villages living in the adjacent area. With state elections around the corner, frequent bridge collapses, and the proliferation of the sand mafia should become key issues for the Opposition parties. 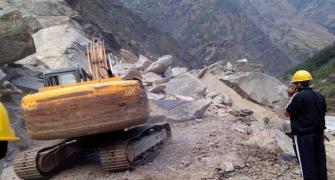 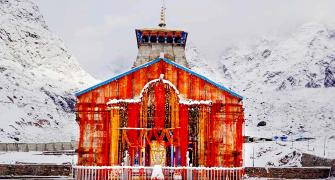 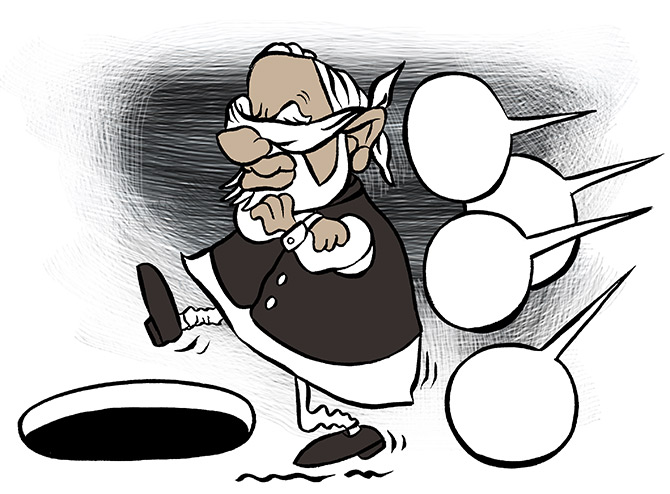 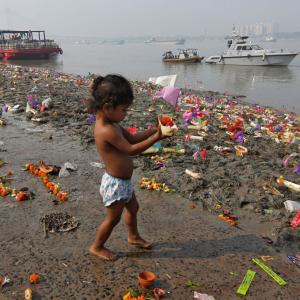 'We will sacrifice our lives for our mother Ganga'