News
Business
Movies
Sports
Cricket
Get Ahead
Money Tips
Shopping
Sign in  |  Create a Rediffmail account
Rediff.com  » News » When prime time is not for prime news

When prime time is not for prime news

A free press is not necessarily an unbiased press.
The media curates what it presents to the public, and that curation is driven by multiple considerations, argues Devangshu Datta. If India was a sitcom, it would be considered absurdly scripted, to well beyond the point of fantasy.

In the past few weeks, hundreds of children have died, in government hospitals, of causes that are neither new, nor untreatable.

This is a replay of similar mass deaths that have occurred in the past few years in the same places.

An Indianb Air Force plane disappeared in the north-east and the wreckage was discovered only days later.

There were no survivors.

There were multiple gunfights and ambushes in Kashmir during this period, with several paramilitary servicemen being killed.

Chennai, Marathwada and several other regions of the country went dry, as water became a really scarce commodity due to the coincidence of a delayed monsoon and the hottest summer on record.

One would have thought that these events would have monopolised the headlines, and dominated the mindspace of a nation that seems to obsessively consume news and views.

There should have been questions asked in Parliament about the outrageous deaths of those children.

There should have been outrage at the deaths of soldiers fighting a forever war.

There should have been emergency measures taken weeks ago to ease the drought conditions and enquiries made as to why such relief was delayed.

There should have been hard questions asked about how the air force plane disappeared off the radar and crashed, without being located for so many days, in a highly sensitive border state.

However, the headlines really consisted of the deep analysis of religious slogans being shouted by newly elected MPs in Parliament, the parsing of sundry remarks made by godmen displaying their ignorance about evolution, one idiot's assertion that encephalitis can be cured by homeopathy, weird advertisements for 'vegan water', and the triumphant celebrations of India's cricket victory over Pakistan in the ICC World Cup.

The last, at least, was a rare event in that it was a slice of good news in the middle of a flaming, hot summer.

A free press is not necessarily an unbiased press.

The media curates what it presents to the public, and that curation is driven by multiple considerations.

The media, free or not, depends on advertisements.

A substantial chunk of advertisements comes from the government.

So the media is sensitive to what the government wants to see, and, more importantly, does not want to see.

In addition, the media highlights what it thinks the public wants to see because advertisement rates depend on TRP and page views.

Hence, the priorities of the media will always be shaped by what it thinks will draw the largest audiences, and attract the highest advertisement rates, rather than by the 'importance' of news.

Of course, it's not as though the events I considered headline worthy didn't make it to the news.

There were reporters on those beats who diligently reported on those children's deaths.

The media followed up on the crash and the encounters.

The water crisis was reported on, in grim detail.

But this was considered less worth headlining than the slogan shouting.

It is not as though the press in India is entirely free.

Both anecdotal evidence and the hard data suggest that the press has seen its independence eroded in the past few years.

Indeed, freedom of expression in the broader sense had been curtailed.

Journalists have been jailed on flimsy grounds.

Social media posters have been charged with sedition and the Indian government has registered a vast number of complaints against posts on Twitter and Facebook.

At least one journalist covering a rail accident has been tortured.

India has dropped lower and lower in global media rankings such as the World Press Freedom Index.

The Indian media continues to cover unpleasant events and reports on things that don't necessarily show the government in a good light. 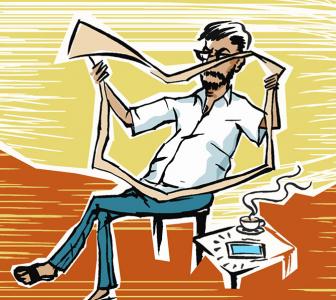 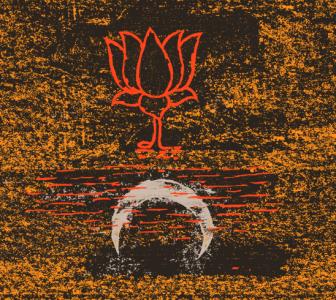 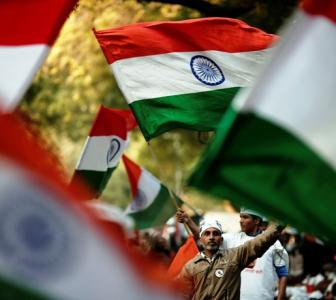 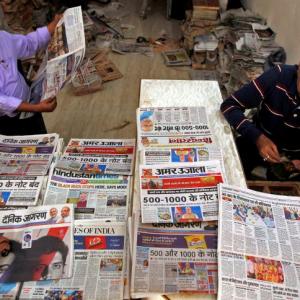