It is not just the weak who are harmed by the judicial process's failure to grant bail.
Any high profile person can be made to spend weeks in jail while the arresting authority shouts and preens for the TV cameras, asserts Vir Sanghvi. 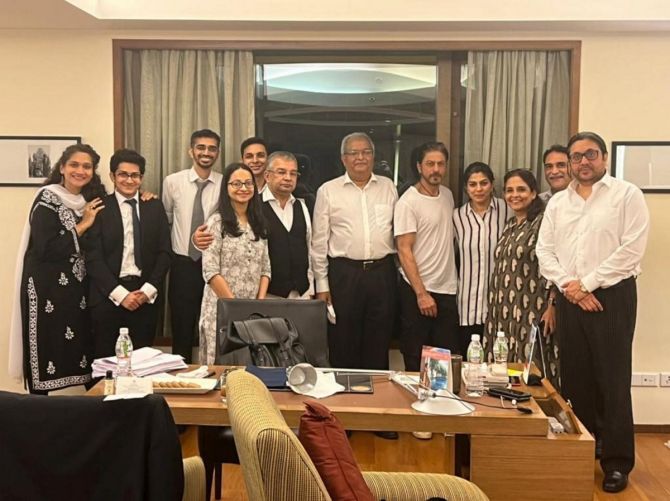 Who listens to the Supreme Court? Well, you and I do.

We discuss its judgments.

We argue whether this avatar of the Supreme Court is more concerned with upholding the Constitution than previous avatars, which have often seemed to care more about upholding the wishes of the government.

But it is debatable whether the government actually listens to the Supreme Court.

And now after the continual refusals to grant bail to Aryan Khan till and the persecution of Rhea Chakraborty, there seems to be little doubt that the lower judiciary listens to a different drum and often pays no attention to the highest court's pronouncements.

Take, for instance, the excellent judgment written by Justice Dr Dhananjay Y Chandrachud in the Arnab Goswami case: 'Liberty survives by the vigilance of citizens, in the cacophony of the media and in the dusty corridors of courts alive to the rule of law. Yet, much too often, liberty is a casualty when one of these components is found wanting'.

The courts, Justice Chandrachud added, were the 'first line of defence' against the deprivation of citizens' personal liberty. But the reality was that people who had been convicted of no crime remained behind bars while their bail applications were lobbed from one court to another.

The Supreme Court referred to the famous judgment (Rajasthan vs Balchand) delivered by Justice V R Krishna Iyer, where he put it most clearly: 'The basic rule may perhaps be tersely put as bail, not jail.'

In fact, jail ends up being the rule in today's India. As the Supreme Court pointed out, 91,568 bail pleas are pending in high courts, while 196,000 pleas continue to wait for a hearing in the district courts.

Obviously, many judges have either forgotten what Justice Iyer said, or have decided not to bother with the principle of personal liberty.

When the Supreme Court made such a strong statement about personal liberty and the right to bail in the Arnab Goswami case, I believed it would have the effect of discouraging state governments and the Centre from opposing nearly every bail plea on principle.

And even if police forces and the so-called law enforcement agencies were incorrigible, at least judges would sit up and take note of what the highest court in the land had said.

I was completely wrong. Nobody in authority seems to have paid the slightest attention to Justice Chandrachud's wise words. The judge was not making law. He was merely restating the principles of personal liberty enshrined in our Constitution. So, by ignoring his concerns, courts have also ignored the spirit of the Indian Constitution.

I guess I shouldn't have been so surprised.

Many decades ago, Justice P N Bhagwati held that the refusal of bail was a deprivation of liberty and that a fundamental right to bail is implicit in our Constitution.

Justice Bhagwati's concern was with the large number of poor people rotting in Indian jails without being convicted of anything because judges had either refused to give them a proper hearing or had denied them bail.

Justice Bhagwati was as categorical then as Justice Chandrachud is now: 'It is a travesty of justice that many poor accused are forced into long cellular servitude for little offences because the bail procedure is beyond their meagre means... One reason why our legal and judicial system continually denies justice to the poor... is our highly unsatisfactory bail system.'

In time, Justice Bhagwati's words, like those of Justice Iyer, were forgotten. Instead the judicial system took the line that there was no point in restricting injustice only to the poor. Why not extend injustice to all Indians, even those who could afford legal representation?

This has led to the present situation where government agencies and the police forces know that they can now lock up anybody at all on the flimsiest of evidence.

It doesn't matter that the case will collapse in court. By the time that happens, the victim of the agencies will have spent weeks in jail, locked up for so-called crimes for which they will never be convicted.

It is no longer necessary to punish the guilty. It is much easier to harass and victimise the innocent. Because proof does not matter. The process itself is the punishment.

The courts can sometimes be willing participants in this travesty of justice.

The lower courts will almost always take the side of the police and lock people up.

There was a time when superior courts were more inclined to protect personal liberty. But now even they are happy to delay the bail process or to deny bail even in cases where no purpose is served in curtailing the freedom of the accused.

In the Arnab Goswami case, Justice Chandrachud lamented that even high courts did not grant bail and left people rotting in jail.

What this means, in effect, is that a vengeful and vindictive authority can pick up virtually anyone and ensure that he and she spends weeks in jail, even if no crime is properly made out.

Justice Bhagwati worried about the poor. But now, it is not just the weak who are harmed by the judicial process's failure to grant bail. Any high profile person can be made to spend weeks in jail while the arresting authority shouts and preens for the TV cameras.

I do not doubt the sincerity of the Supreme Court when it worries about the deprivation of personal liberty. But it cannot hear every case.

The Chief Justice must find a way of communicating to all judges in other courts all over India that they are trampling on the spirit of the Indian Constitution by assisting the executive in locking up people who have not been convicted of a crime -- and probably never will be.

As Justice Chandrachud put it: 'The instrumentality of the State is being weaponised for using the force of criminal law.'

This avatar of the Supreme Court has shown itself to be on the side of the Constitution. It must keep that spirit alive. 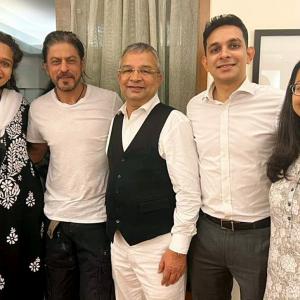