Interestingly, India had objected to the establishment of a UNHCHR when it was proposed by the US at the Vienna Conference on Human Rights in July 1993 and the whole proposal was remitted to the General Assembly in New York because India and others said that the whole issue should be examined in detail, says Ambassador T P Sreenivasan, who had led the Indian delegation for negotiating the terms of the HCHR. 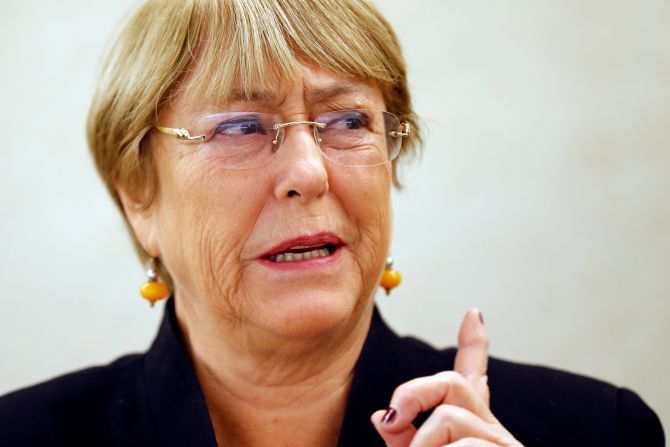 Alarmed by a report that the UN High Commissioner for Human Rights (HCHR) sought to intervene as amicus curiae to assist the Supreme Court in adjudicating the constitutional validity of the Citizenship Amendment Act (CAA) saying while it has “a worthy and commendable objective,” it appears to discriminate against persecuted Muslim communities, I tweeted the following on March 4, 2020:

‘The decision by the UN High Commissioner for Human Rights to be a party to (the adjudication of) the Supreme Court in India is in blatant violation of the UN Charter and the mandate of the HC. I led the Indian delegation to the consultations to create the office and such a possibility was not (even) imagined (at the time of the framing of the relevant resolution of the General Assembly in 1993).’

Within a day, it attracted 681 Likes, 356 retweets and 28 comments, most of them supporting my view and even suggesting that India should take action against the UN by protesting, expelling the staff of the HCHR from India and even stopping payment of our financial contribution to the UN.

It was pointed out that this might be a conspiracy as such a move had never been made by the UN under any circumstances.

Many expressed their anger and frustration that the UN was violating the fundamental provision of the UN Charter that it shall not intervene in the internal affairs of states.

Interestingly, India had objected to the establishment of a UNHCHR when it was proposed by the US at the Vienna Conference on Human Rights in July 1993 and the whole proposal was remitted to the General Assembly in New York because India and others said that the whole issue should be examined in detail.

The Vienna Declaration and Programme of Action stated:

‘The World Conference on Human Rights recommends to the General Assembly that when examining the report of the Conference at its forty-eighth session, it begin, as a matter of priority, consideration of the question of the establishment of a High Commissioner for Human Rights for the promotion and protection of all human rights.’

The US moved very quickly to convene an Intergovernmental Committee for negotiating the terms of the HCHR and persuaded India to accept the proposal on an assurance that it would be only a symbolic gesture and the HCHR will have no wide powers to intervene in member States.

The committee was headed by the ambassador of Equador, Jose Ayala Lasso, who was promised the post if he succeeded in getting it established.

I led the Indian delegation to the negotiations on the understanding that the HCHR will be only a figurehead with no mandate beyond the Human Rights Council and that he will work under the supervision of member States.

Jose Ayala Lasso, a sophisticated and perfect diplomat, kept his activities within his mandate and proved helpful to the member States. We invited him to visit Jammu and Kashmir and he complimented India for handling the difficult issue of cross border terrorism without the law and order authorities violating the human rights of innocent civilians.

Some of the subsequent high commissioners were human rights activists, who gradually changed the nature of the post and started acting on their own in criticising member States and issuing diktats.

The present HCHR, Michelle Bachelet, assumed her functions as the United Nations High Commissioner for Human Rights in 2018. Ms Bachelet was president of Chile on two occasions (2006 - 2010 and 2014 - 2018). She was the first female president of Chile. She served as health minister (2000 - 2002) as well as Chile’s and Latin America’s first female defence minister (2002 - 2004). She was also active in NGO movements in Chile and she brought to the post a political flavour.

This explains her activism, exceeding all standards set for the UN in protecting and promoting human rights.

The UN has a good record in protecting and promoting human rights by way of defining human rights, standardising the methods to deal with human rights, education of countries on the legal aspects and, in extreme cases, punish countries who are engaged in massive and systematic violation of human rights in accordance with the established procedures of the Human Rights Council. But this is the first time that the HCHR seeks to intervene in the legal proceedings of a member State.

Human rights have been politicised right from the beginning. During the Cold War, the socialist countries were targeted, but the UN could not penetrate the Iron Curtain. After the Cold War, some of the former socialists became champions of human rights and countries like China, Iran, Cuba Libya and others became targets. But the more powerful among them escaped censure by defeating the related resolutions while countries like Iran and Libya had to face sanctions.

It is true that some dilution of the non-intervention principle has taken place in certain circumstances.

India was the first country to propose sanctions against South Africa for apartheid and oppression of the coloured people. Our argument was that apartheid was permanent aggression against the citizens of South Africa.

Most western countries objected on the ground that it was an internal matter of South Africa, but later an arms embargo and other sanctions were imposed by the UN, leading to the end of apartheid.

Soon after the end of the Cold War, the then secretary general of the UN, Boutros Ghali, proposed in his ‘Agenda for Peace’ that the time of primacy of national sovereignty was over and that the United Nations should devise a method to take action in the interest of humanity as a whole. But this was rejected by the General Assembly and it was affirmed that sovereign equality should remain the main pillar of the United Nations.

More recently, a concept of humanitarian intervention was developed in cases where any government is unable to meet the basic needs of its own people. But this was considered as violation of the sovereignty of the State concerned.

In 2005, world leaders unanimously affirmed the ‘Responsibility to Protect’ (R2P), a set of principles designed to protect civilians from genocide, war crimes, ethnic cleansing and crimes against humanity and to provide norms to guide answers to these questions. This was incorporated in a General Assembly resolution in 2005, but R2P is not legally binding and it is considered an exception rather than the rule.

Even while taking into account these tendencies for intrusive action against massive and systematic human rights violations, when the countries concerned are not able to tackle emergencies, the action that HRHC proposed to take in India is illegal and violation of the norms established for the behaviour of UN officials.

The Government of India has already rejected any intervention on the part of the HRHC, but any action should be resisted legally and politically. 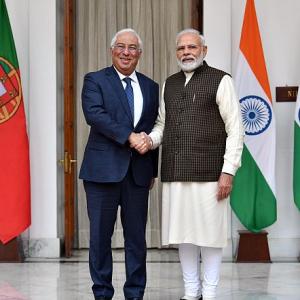