A genuine attempt was made to reset relations in a positive way, signalling a stepping back from the brink of conflict, much to the relief of the world, observes Ambassador T P Sreenivasan. Having ruled out a new Cold War, President Biden and President Xi seemed to settle for a Cold Peace as they could not manage to resolve the deep differences between them on such issues as Taiwan, Hong Kong and South China sea.

President Biden called for the setting up of 'guardrails' to ensure that the competition between the two countries does not veer into conflict 'whether intended or unintended'.

As for President Xi, the primary need was to increase communication and cooperation.

President Xi harped on equality between the two countries, as though they could build a G-2 to control the world till such time that one of them gained the upper hand.

The surprising Joint Statement issued on the side of COP26 to pledge cooperation in dealing with climate change smacked of a G-2 approach to global issues.

As the world's two largest economies and permanent members of the UN Security Council, China and the United States should build cooperation through better communication.

"A sound and steady China-US relationship" is needed 'for safeguarding a peaceful and stable international environment,' Mr Xi said.

The virtual meeting took place days after the adoption of a historic resolution of the plenum of the central committee of the Communist party of China, paving the way for Mr Xi to become leader for life.

His enhanced status in his own country was in contrast to Mr Biden's low popularity ratings in the US.

Therefore, a White House spokesperson went out of her way to say that Mr Biden will be speaking from a position of strength after months of rebuilding alliances with other democracies to contain China.

The meeting is 'an opportunity to set the terms of the competition with China' and to insist the leadership in Beijing 'play by the rules of the road'.

The major issue of contention was expected to be Taiwan, in the context of intensified Chinese military activities near Taiwan in recent years.

The United States supports Taiwan's self-defence, but is ambiguous about whether it would intervene to help directly.

Mr Biden was expected to be very direct on this matter with Mr Xi.

China sees Taiwan as a breakaway province to be reunified with the mainland one day.

The US has a one China policy, but it has pledged to help Taiwan defend itself in the event of a Chinese assault on Taiwan.

Mr Xi minced no words when he told Mr Biden that any intervention in Taiwan will be like playing with fire.

He made it quite clear that reunification of Taiwan with the mainland was a dream of all the Chinese, though he should be aware of the opinion of China.

President Biden raised US concerns about human rights abuses in Hong Kong and against Uyghurs in the north-west region of Xinjiang, which China sees as US of meddling in its domestic affairs.

On trade, Mr Biden highlighted the 'need to protect American workers and industries from the PRC's unfair trade and economic practices'.

Mr Xi appears to have made a strong comment on the issue, telling Mr Biden that the US needed to stop 'abusing the concept of national security to oppress Chinese companies'.

The two leaders made no apparent progress on trade issues, but they struck a hopeful note about the potential for future deals.

After the meeting, Mr Biden repeated US calls for China to live up to its agreement early last year to import more American goods.

The Chinese statement did not mention the agreement publicly, but it said Mr Xi described the bilateral trade relationship as 'mutually beneficial' while calling for trade not to be politicised.

Against the backdrop of the trade war, the softer tone of the words on trade inspired some optimism, particularly in China, on economic issues.

Wide differences between the two countries remain, including about the commitments the two sides made in ending the trade war.

Even with the interpreters taking half the time, (the interpretation was not simultaneous) the two leaders spoke for nearly two hours and the atmosphere appeared to be cordial enough to cover vast areas.

The leaders waving to each other on television screens appeared comic according to a tweet by Dhruv Jaishankar, which went viral in twitterdom.

This was a far cry from the shouting match in Alaska between senior representatives of the two countries.

A genuine attempt was made to reset relations in a positive way, signalling a stepping back from the brink of conflict, much to the relief of the world.

With the war clouds clearing, it appears that the value of shares of weapon manufacturers is already dropping.

The signal of peace, even if it is cold, is welcome.

India is still in the process of figuring out the likely course of US-China relations.

The news of the Chinese suspension of disengagement in Ladakh may not have come up in the conversation, but China should be aware that the peace they are seeking should also include peace along the Line of Actual Control.

In this context, China should also be aware that, as a member of the Quad and a major defence partner of the US, India has an important strategic partnership with the US. 'Playing with fire': Xi talks tough at meet with Biden 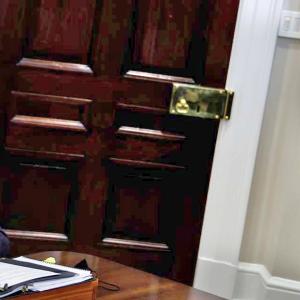 When Joe And Xi Met 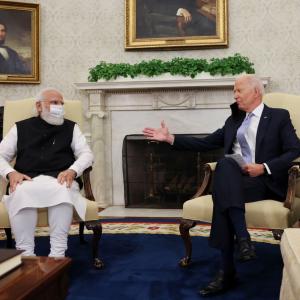