News
Business
Movies
Sports
Cricket
Get Ahead
Money Tips
Shopping
Sign in  |  Create a Rediffmail account
Rediff.com  » News » Those who live without doors

'There was no TV, no fridge, just illumination, so at least they could avoid the occasional snake, the frequent scorpions,' says Kishore Singh.
Illustration: Uttam Ghosh/Rediff.com 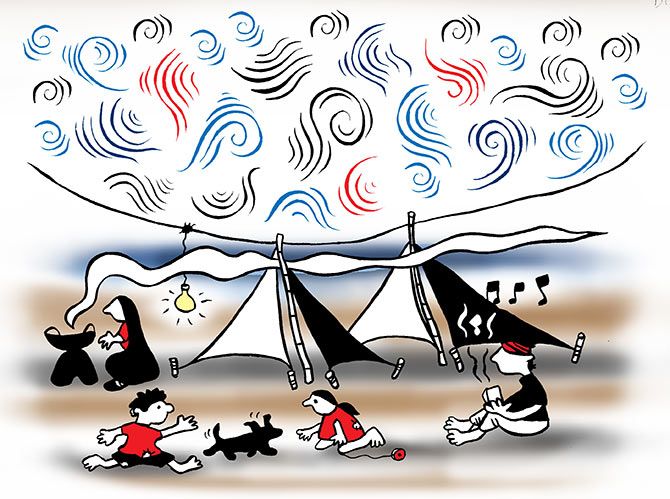 Two summers ago, past the park where we sometimes walk, work began on a house.

First, there was the groundbreaking ceremony followed by a thanksgiving party in another empty plot opposite it.

We saw garlands and discarded decorations and thrown scraps of catered food among which the strays foraged, appearing like foolish grooms when marigold petals stuck to their coats.

As the family's designated 'walker of the dog' who preferred the route over others, I saw the ground being cleared, little tents for workers spring up, and bricks, sand, cement and metal rods appeared on the site.

The seasons changed and slowly the house began to take shape, floor by floor.

Meanwhile, in the tiny tented habitation, a baby was born, then another. Slightly older children played in the sand.

Mothers who worked by day, woke to light kindling in makeshift stoves over which they cooked their dal-bhat.

As the days passed, the children would occasionally call out to us, stopping to fondle the dog, or try and lift him in the air -- they usually failed, for though they were the same size, the dog was heavier.

Mostly, servants walked other dogs, and they ignored the rabble of construction workers and their families.

In the evening, music played on their mobile phones.

When an electricity connection was obtained for the under-construction house, a line was pulled in to electrify the shabby cluster of makeshift homes, but, of course, there was no TV, no fridge, just illumination, so at least they could avoid the occasional snake, the frequent scorpions.

Over time, as the dog and the urchins became friends, they would sometimes save him a treat -- a biscuit hoarded from a sibling's precious stock, which I allowed them to feed the pooch even though he has gluten allergy.

The dog wagged his tail whenever he saw them, and would tug at the leash should I wish to change his walking route: He preferred the path he'd gotten used to, and had his friends to cheer him along.

Meanwhile, I wondered how so many of them fit into the tiny huts, which had only plastic sheets as protection against the monsoons.

In the summer, they slept on the sidewalks, under mosquito netting, but in the winter the ground under their mattresses must have been freezing.

As the house neared completion, the fittings began to arrive along with the marble for the floors and glazing for the windows.

At least then, the workers could move in should the rain be unceasing and flood the roads -- which was more often than not, the drainage system choked with construction debris and garden refuse.

It was evident that they had begun to use the facilities of the bathrooms they had built, though they tried to remove any evidence before the arrival of the supervisor, or the owners, who came only sporadically.

When the landscapist arrived to lay the gardens, they were forced to move further away, or indoors -- at any rate, I rarely spotted the kids any more, and I could sense the dog missed his friends.

Then, just as suddenly, they were gone, replaced by the owners.

It has been a month now, and as I walk past the house, I see cars in the driveway, lights blazing from windows, and a semblance of habitation.

But of the inhabitants, I have no idea, our new neighbours preferring to stay indoors, leading us to miss those who'd built and lived clandestinely in the house before it had doors. 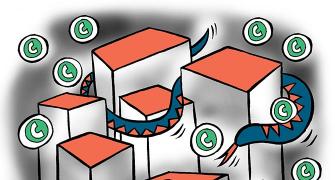 The politics of grievance 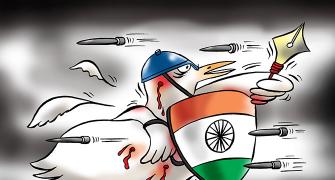 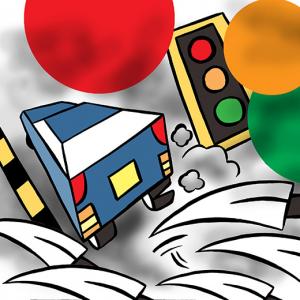 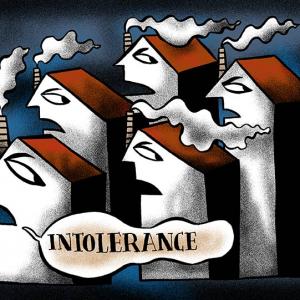