The overwhelming feeling at the end of COP27 was that despite decades of meetings and landmark accords, like the Paris Agreement, the world was still not doing enough to slow the climate crisis, observes Ambassador T P Sreenivasan. The scenario is the same at every Conference of Parties to the UN Framework Convention on Climate Change from the first one in Berlin in 1995 when I was the vice president of the COP, the Indian negotiator and spokesman of the G77, to the latest one in Sharm El Sheikh, which I followed from a long distance away.

The issues are the same, but they appear in different nomenclatures, there is much expectation in the preparatory stage as delegates hold out promises ad referendum, there are more people active on the streets to exert pressure on the G=governments, endless meetings of negotiators, scientists, NGOs and others propose solutions, the situation becomes hopeless on the last day, the conference is extended by stopping the clock and a formulation appears in the wee hours of the night, which will make everyone equally unhappy.

Negotiators celebrate, but the activists call the whole exercise a hoax. All the Climate Change exercises resolve around the phrase, 'Common, but differentiated responsibilities', formulated in Rio De Janeiro in 1992 as a compromise between the main responsibilities of the developed countries and the common responsibility of all countries.

The gulf between the interpretation of the phrase by the rich and poor have never been bridged in substance, but various ways have been found to create an appearance of progress at every COP, only to find it collapsing at the next one.

Kyoto, Copenhagen, Paris, Glasgow and Sharm El Sheikh changed the trajectory to find ways of reducing greenhouse gases, finding technology and financing, to alleviate suffering and to save the earth, but the global temperature keeps rising above acceptable levels, predicting impending doom.

Concepts like 'Joint Implementation', 'Carbon trading', 'Phasing down coal' etc were life savers at different COPs and the achievement at the latest COP was 'loss and damage' funding for vulnerable countries hit hard by climate disasters. This also will pass without any benefit to the most affected countries.

'We have determined a way forward on a decades-long conversation on funding for loss and damage -- deliberating over how we address the impacts on communities whose lives and livelihoods have been ruined by the very worst impacts of climate change.' The geopolitical backdrop of COP27 as abysmal, with the pandemic raising its head in China again and the war raging in Ukraine, with no guarantee that the worst is over.

Countries reaffirmed their commitment to limit global temperature rise to 1.5 degrees Celsius above pre-industrial levels by presenting various packages, which were supposed to cut greenhouse gas emissions and adapt to the inevitable impacts of climate change, as well as boosting the support of finance, technology and capacity building needed by developing countries.

Creating a specific fund for loss and damage is supposed to mark an important point of progress, as it has been added to the agenda for the first time.

Governments decided to establish new funding arrangements, as well as a dedicated fund, to assist developing countries in responding to loss and damage.

Governments also agreed to establish a 'transitional committee' to make recommendations on how to operationalize both the new funding arrangements and the fund at COP28 next year. But how is it different from the promises held out from 1992 onwards to compensate developing countries for the loss and damage suffered on account of loss of sustainable development?

The new fund, which has been characterised by the UN secretary-general as 'an important step to justice' is expected to see developing countries particularly vulnerable to the adverse effects of the climate crisis supported for losses arising from droughts, floods, rising seas and other disasters that are attributed to climate change.

While it recognised the need for financial support from a variety of sources, no decisions have been made on who should pay into the fund, where this money will come from and which countries will benefit.

The fund could require everything from building sea walls to creating drought-resistant crops -- could cost developing countries anywhere from $160 billion to $340 billion every year till 2030 and it could swell to as much as $565 billion by 2050 if climate change accelerates, according to UNEP. The UN claims that COP27 saw significant progress on adaptation, with governments agreeing on the way to move forward on the Global Goal on Adaptation, which will conclude at COP28 and inform the first Global Stocktake, improving resilience amongst the most vulnerable.

The other key outcomes of COP27 are listed as the launch of a new five-year work programme at COP27 to promote climate technology solutions in developing countries, and the scaling up of mitigation implementation.

The work programme will start immediately and continue until 2030, with at least two global dialogues held each year.

Governments were also requested to revisit and strengthen the 2030 targets in their national climate plans by the end of 2023, as well as accelerate efforts to phasedown unabated coal power and phase out inefficient fossil fuel subsidies.

The decisions recognise that the unprecedented global energy crisis underlines the urgency to rapidly transform energy systems to be more secure, reliable, and resilient, by accelerating clean and just transitions to renewable energy during this critical decade of action.

A crowded calendar of meetings till COP28 and beyond has been put in place, but none of these is expected to deal with the core problems like the reduction of greenhouse gases and funding.

The overwhelming feeling at the end of COP27 was that despite decades of meetings and landmark accords, like the Paris Agreement, the world was still not doing enough to slow the climate crisis.

UNEP's Emissions Gap Report 2022 found that policies currently in place point to a 2.8°C temperature rise by the end of the century, a number that could lead to catastrophic consequences for the planet.

The ultimate solution to climate change will have to be scientific by developing technology to capture and disposal of carbon.

The hot air generated at the innumerable conferences only adds to the problem.

T P Sreenivasan, (Indian Foreign Service, 1967), is a former Ambassador of India and Governor for India of the IAEA.

Ambassador Sreenivasan is a frequent contributor to Rediff.com and you can read his earlier columns here. 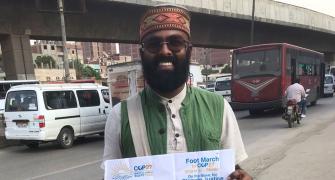 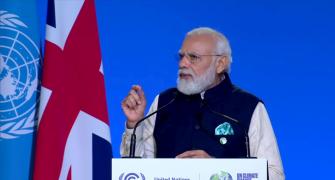 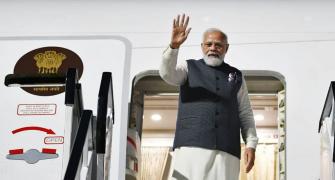 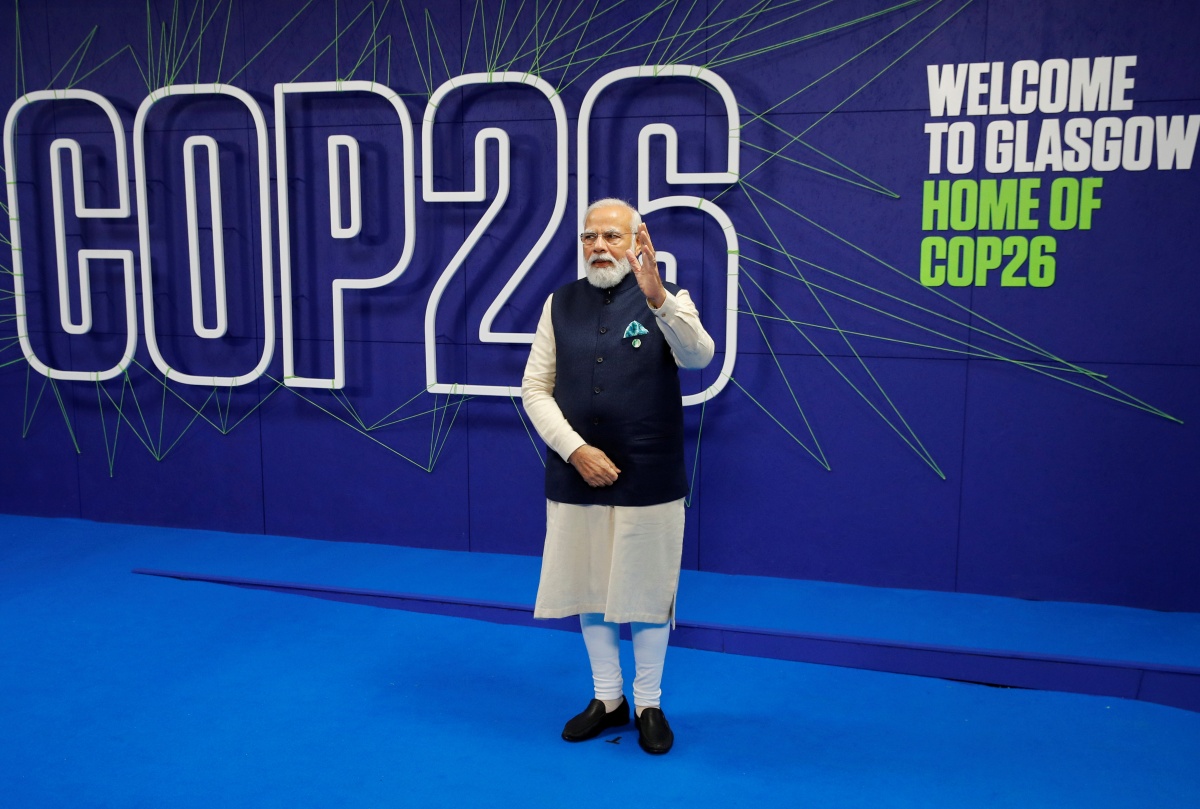