India's negotiating posture at multilateral negotiations should be aligned with a significantly transformed development strategy domestically.
The positions the country takes at the negotiations will then carry credibility, advises Shyam Saran, the former foreign secretary and India's chief negotiator on Climate Change 2007-2010. IMAGE: Climate youth activists display a message during a protest opposite the venue for the UN Climate Change Conference (COP26) in Glasgow, November 2, 2021. Photograph: Russell Cheyne/Reuters=

The Sixth Assessment Report (AR6) of the Inter-Governmental Panel on Climate Change only confirmed the dire consequences that await humanity if urgent action is not taken to mitigate the key drivers of global warming.

It may be noted that the IPCC is not talking about changes which may take place in the future. It is stating unambiguously that various significant impacts of climate change have already taken place.

These may in fact be irreversible. So our challenge now is how to adapt to what has already occurred in our planet's ecology and, importantly, avoid further, and cataclysmic, consequences that threaten the fragile life sustaining systems that enable human existence.

The AR6 has also confirmed what we have already known for some time, that the Indian sub-continent is and will be one of the most seriously impacted by climate change.

This is not only because our region lies within a relatively higher temperature tropical zone, but also because there are feedback loops related to higher density of population, higher levels of ecological degradation and pollution and unsustainable patterns of production and consumption.

Therefore, there are things that India will need to do to address climate change but it will also need to be fully and actively engaged in multilateral negotiations to ensure a global regime that enhances rather than limits India's developmental prospects. These two dimensions must be dealt in tandem.

India's negotiating posture at multilateral negotiations should be aligned with a significantly transformed development strategy domestically. The positions the country takes at the negotiations will then carry credibility.

What are some of the key elements of a transformed economic development strategy?

In its National Action Plan on Climate Change (NAPCC) adopted in 2008, India put forward a comprehensive strategy for environmentally sustainable development. The Plan argued that climate change action and energy security for a country like India were two sides of the same coin.

India's current reliance on fossil fuels, much of it were imported, was detrimental to its energy security. If, as is the case currently, nearly 80 per cent of our oil supplies is imported and that too from politically volatile regions of the world, we can hardly claim to have promoted energy security.

Imports of natural gas and even of higher quality coal have been expanding. Therefore, making a strategic shift from our current reliance on fossil fuels to a pattern of economic activity based progressively more on renewable sources of energy such as solar energy and cleaner sources of energy such as nuclear energy is dictated by the energy security argument even if there were no climate change argument.

The good news is that India's preferred energy transition trajectory is also what is required for addressing climate change and this must be a key component of an alternative development strategy.

India has already embarked on this pathway with its ambitious renewable energy targets but it could expand them much more given the declining relative costs of renewable energy vis-à-vis fossil fuels.

The NAPCC also envisaged an important change in an energy-intensive sector such as transportation, which is also a source of significant urban pollution. There was a recognition that in a densely-populated country, the emphasis has to be on providing mobility rather than encouraging private vehicular ownership.

The policy ought to be to heavily tax the possession of private vehicles and invest, on a large scale, in mass transportation networks providing affordable and efficient mobility to the ordinary citizen.

India cannot aspire to the density of car ownership that prevails in North America and Europe, which is more than 700-800 cars per 1,000 of population. A density even a fraction of this will mean that neither all the fuel in the world nor all the land for parking and driving these cars will be enough for India. Which means that only a tiny minority of the very rich will be able to enjoy the privilege of private transportation.

A democracy cannot tolerate such inequality of incomes and wealth.

The NAPCC had a national mission dedicated to promoting sustainable agriculture. It envisaged a major shift away from a water-intensive, chemical fertiliser and toxic pesticide-dependent intensive agriculture strategy to a water-frugal, micronutrient-based and non-pesticide agriculture.

This would address the intense scarcity of water that is beginning to affect all aspects of our well-being, stop and reverse the declining natural fertility of the soil due to over-use of chemical fertilisers and prevent the entry of carcinogenic substances into our food-chains from the use of increasingly toxic pesticides.

This shift in agricultural strategy would not only bring about major productivity gains but also address climate change since the current practices are a major source of greenhouse gas emissions.

The NAPCC showed that in key sectors such as power, transportation and agriculture, promoting sustainability has co-benefits in addressing climate change. Despite the clarity of vision contained in the Plan, its implementation has been patchy. There has been progress in missions related to solar energy and enhancing energy efficiency but not in the others.

The NAPCC was mooted 13 years ago and will need to be updated. However, its basic thrust remains relevant. India has the opportunity to pioneer a new developmental pathway aligned to the compulsions of a climate-constrained world. It cannot pursue the energy-intensive and mass consumption model of advanced economies, which China adopted as well. There is no room in the world for another China-like major economy.

India has no choice but to explore a different trajectory. The good news is that this will not only advance India's economic prospects but also make it a powerful voice for persuading other countries to take on much more ambitious commitments without which the looming climate emergency could overwhelm humanity. 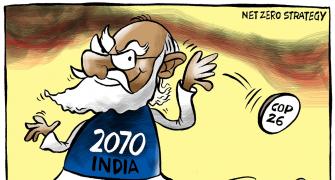 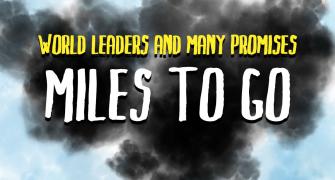 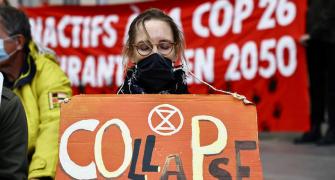 What India needs to do at COP26, Glasgow
TMC to bring up Nagaland incident in Parl, meet Shah 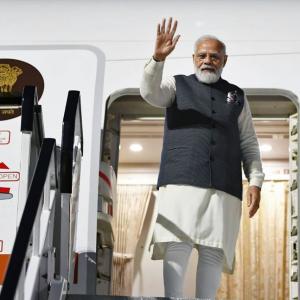 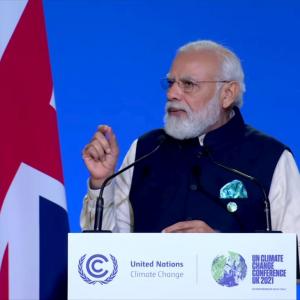