'Clearly, the warming of ties can be a 'win-win' for India and China,' says Ambassador M K Bhadrakumar. When India applied for SCO membership or when observers like myself felt elated when India was finally admitted into the grouping in 2017, no one could have foreseen that the grouping held such potential in the very near term itself as a platform for the reset of regional politics — in particular, the India-Pakistan-China triangle.

New possibilities are opening up for Indian diplomacy at the two-day summit meeting of the Shanghai Cooperation Organisation at Bishkek on June 13-14.

But scepticism regarding the SCO's potentials still lingers on.

Prime Minister Narendra Damodardas Modi will not have a scheduled meeting with his Pakistani counterpart Imran Khan at Bishkek.

Evidently, the ground needs to be prepared first.

Past experience has been unsavoury.

Lest we forget, the Pathankot attack followed just after one PM-level meeting.

No doubt, at this point in time, a host of new factors have also appeared -- ranging from Modi's historic mandate for a second term to the dramatic changes in the regional and international environment.

Nonetheless, hope can be a powerful force.

To borrow from the Nobel laureate Pablo Neruda, 'You can cut all the flowers but you cannot keep Spring from coming.'

Perhaps, the tacit assurance by China too -- implicit in the statement by Chinese Vice Foreign Minister Zhang Hanhui in Beijing on Monday that 'The SCO was not established to target any country, but the summit at this level would certainly pay attention to major international and regional issues.'

Taking this into account, Modi may only speak generically at the SCO summit about the problem of terrorism, without mentioning any country.

The onus is now on Imran Khan and Zhang to keep their part of the bargain.

It is entirely conceivable under the circumstances that Modi and Imran Khan would have an informal meeting at Bishkek.

However, the litmus test will be in the downstream of the SCO summit.

There is scope for cautious optimism since Pakistan is once again being subjected to intense scrutiny by the Financial Action Task Force at its plenary in Florida next month.

Pakistan's critical dependency on the IMF bailout, if nothing else, makes it very important for Islamabad that the FATF does not block its access to the world financial market.

Equally, China, in addition to its historical role as the creator and mentor of the SCO, is also assuming the rotating presidency of the FATF for the coming year.

Suffice to say, a heavy responsibility lies on Beijing's shoulders to influence Islamabad to turn a new leaf in consonance with the 'Shanghai spirit' so that a new type of relations will become possible between India and Pakistan.

Of course, New Delhi proposes to hold elections to the state assembly in Jammu and Kashmir in the near future and its stated policy of 'zero tolerance' to terrorism must be taken seriously.

Meanwhile, the regional and international environment is changing rapidly and it stands to reason that India and China have more by way of common concerns and even shared interests than differences.

Zhang touched briefly on this when he said in Beijing on Monday, 'Trade protectionism and unilateral policies are now actively gaining momentum, and the issue of how to respond to US pressure and trade protectionism is important not only for China...'

'It will be reasonable if the leaders of the two countries (China and India) exchange views (on the issue), and we hope that they will reach a broad consensus on issues of upholding justice and opposing trade protectionism.'

The indications are that this topic will figure in the discussions during the scheduled meeting between Modi and Chinese President Xi Jinping at Bishkek on the sidelines of the SCO summit.

New Delhi too is at the receiving end of President Trump's tariff war.

The fundamentals of India's development agenda are being challenged by the US.

A report in Politico last week sounded the grim warning that India 'could soon become the next target of President Donald Trump's aggressive policy... What happened with China is a road map for what you could see in India.'

From available indications so far, unlike some of the US's close partners, India also keeps an open mind on China's advanced Technology Innovation.

Ambassador Vikram Misri's visit to the headquarters of the Xiaomi Corporation in Beijing on Monday and his meeting with Lei Jun, the founder, chairman and CEO of the Chinese tech leviathan, is highly symbolic.

Clearly, the warming of ties can be a 'win-win' for India and China.

Chinese investments in the infrastructure sector will greatly help India.

From the Chinese perspective too, deepening and broadening the engagement with India can be beneficial at a time when Beijing is coping with Trump's 'trade war'.

As things stand, Modi and Xi will meet at least twice this year.

The meeting in Bishkek will be keenly watched, as it will prepare the ground for Xi's visit to India for an informal summit similar to the one in Wuhan last year.

This is the appropriate moment to have the 'big picture'.

Indeed, we need to take a closer look at Japan's creative role in shaping China's Belt and Road Initiative.

One the one hand, Japan is working to introduce a new scheme for 'high quality' infrastructure development in an apparent counter to China's BRI.

But on the other hand, it is also engaging China on joint development of infrastructure projects and working with key Chinese institutions to shape China's operating principles.

This is a pragmatic way to engage China.

The point is, the BRI is here to stay -- and it is China's foreign policy.

Therefore, through engagement, we can shape massive Chinese investments, getting business for our companies, creating jobs in huge numbers and developing the infrastructure.

In political terms, such engagement becomes a broader hedge against uncertainties in the relationship.

Many Indian analysts are besotted with the prospect of a new Cold War.

But the geopolitical reality is that there is no appetite in the Indo-Pacific region for a new Cold War between the US and China.

Even a traditionally close ally of the US like Singapore seeks to avert greater contestation between the United States and China and is making own efforts to shape key aspects of the regional security and economic order.

At the recent Shangri-La Dialogue, Singaporean Prime Minister Lee Hsien Loong captured the mood best when he called on the US to preserve the multilateral order and make the 'difficult' but necessary adjustments to China's rise and aspirations.

Malaysian Prime Minister Mahathir Mohamad also recently criticised the US for actions he described as seeking confrontation with China in both trade and security.

Malaysia, Dr Mohamad said, tries to use Huawei technology 'as much as possible', shrugging off efforts by the Trump administration to hem in the telecommunications giant.

The forthcoming G20 summit in Osaka will witness more signs of such regional awakening to the new reality -- in particular, with Indonesia shedding its shyness in defending the multilateral trading order.

The bottom line is that on all of the trade war, China is largely right and the US is wrongly acting against the region's interests.

Basically, India is travelling in the same boat as Singapore, Vietnam, Malaysia, etc.

The prospects for a US-China trade deal look gloomy, what with the US heavy-handed approach to trade negotiations undermining incentives for Chinese cooperation.

Like the ASEAN countries, therefore, India too should expect a stalemate between the US and China. 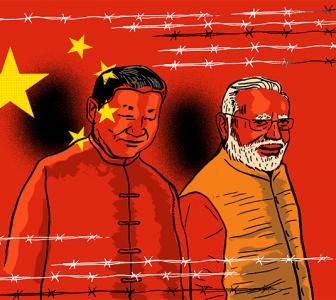 Must Read: How India, China can work together 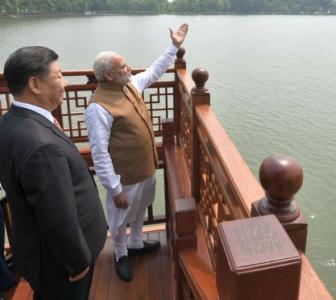 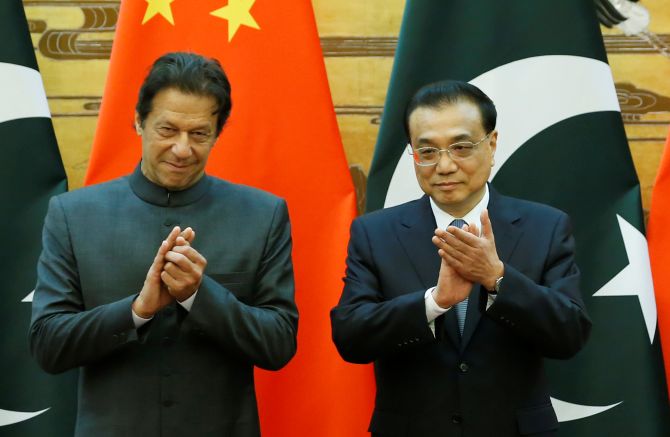