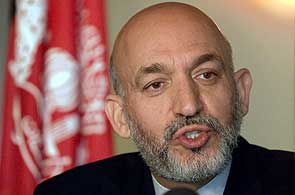 Voters are gearing up to exercise their franchise and elect new leaders within the next 12 months in all but one (Sri Lanka) of the SAARC nations. India needs to better understand the likely scenarios and challenges and chart a course on how best to deal with the changes, says Nilova Roy Chaudhury

India’s neighbourhood is in a state of flux. Voters are gearing up to exercise their franchise and elect new leaders within the next 12 months in all but one (Sri Lanka is not due for elections until 2016) of the SAARC nations.

Among other key neighbours, Iran is due to choose a new President on June 14, Myanmar is gradually dismantling its decades-old military rule and China has just ushered in a new leadership, indicating a period of adjustment, consolidation and change.

Indian envoys to all these countries in the neighbourhood were called in to New Delhi recently for a brainstorming session at headquarters to strategise with the foreign policy and political establishment. The aim was to better understand the likely forthcoming scenarios and challenges and chart a course on how best the South Block foreign policy establishment would deal with the changes.

Almost as if on cue, and taking advantage of the evolving situation, a platoon of Chinese soldiers last week set up camp in the Depsang valley in Ladakh, ten kilometres within what India claims is its territory, in the western sector of the disputed boundary region between India and China.

The incursion has occurred due to what the Indian foreign ministry spokesman called “differing perceptions on the alignment” of the boundary, the fact that a “face-to-face” situation has happened between armed forces of the two countries indicates that the new Chinese leadership is aiming to push the envelope as far as it can.

At flag meetings earlier this week, India has asked that the Chinese troops withdraw from this post and restore the status quo ante along the disputed boundary. While efforts are on to resolve the issue diplomatically, it has fostered heightened tensions, although a resolution is likely before the visit of the new Chinese Premier Li Keqiang to Delhi, tentatively scheduled for mid May.

Nobody expects the scheduled elections in Nepal to be held before the end of the year, but a recent visit to China by CPN (Maoist) supreme Pushpa Kamal Dahal (Prachanda) during which he reiterated his formula of “equal” treatment for both China and India, negating the “special relationship” with India, indicates a prolonged period of greater strains within the Kathmandu-New Delhi relationship.

The Maoist antipathy to things Indian has already severely strained bilateral ties, particularly Indian business opportunities in Nepal. New Delhi is hoping the elections, when they happen, finally usher in a period of stability, allowing the situation to improve.

In Pakistan, first off the blocks in the forthcoming dance of democracy in the region, fortunately, the discourse is not centred around India. On the contrary, political parties have been unanimous in advocating improved bilateral ties, despite threats to their campaigns from elements of the Taliban. Former President Pervez Musharraf’s failed attempts to enter the political fray have, however, left the powerful armed forces, normally inimical to improved relations with India, restive.

Bangladesh is in the throes of a defining struggle, one which will determine the very shape of its future being; whether as a democratic, secular Bengali nation or as an Islamic fundamentalist state. India can only watch and not appear to be too involved in fostering the former. The run up to elections due in December and its outcome will be crucial not only for Bangladesh, but also for India’s northeast, its security and policies towards the rest of Southeast Asia.

India has perforce become an issue in the elections in the Maldives, with New Delhi being viewed as partial to the former President Mohamed Nasheed, especially after he sought refuge in the Indian High Commission when facing the threat of arrest. President Waheed’s government cancelling the contract to rebuild the airport with Indian company GMR further strained ties, while China has been hovering in the area offering sops.

Beijing has even offered collaboration in space, to launch satellites, for both the Maldives and Sri Lanka. Not only does this pose a security threat to India, it also shows up yet another missed commercial opportunity for New Delhi, which is struggling to retain its levers in the region in the wake of very deep Chinese pockets.

Myanmar could be another country where India loses out, despite having carefully manoeuvred the minefield between the army and the democracy icon Aung San Suu Kyi, if it cannot match its commitments with funding and implementation. Bhutan perhaps remains the one country where the relationship with India is valued, but even in Thimphu politicians have begun asking why New Delhi has reduced its spending on the Himalayan kingdom and looking to Beijing to bridge the gap.

It is unclear who will replace President Ahmedinejad in Iran, but since the real authority will remain with the clergy, the situation is unlikely to become radically different.

It is beyond the Hindukush, however, that the most consequential change will happen. It is also the most unpredictable, although the Afghan envoy to India, Shaida Mohammed Abdali, says India’s position will not be affected. Despite Abdali’s optimism that the Afghan people will not permit the arduous and hard-won peace process to unravel, and Afghanistan will proceed along the path of “democracy with Afghan characteristics,” New Delhi is seriously concerned.

Not only will the NATO-led ISAF forces withdraw by July 2014 after the United States’ longest military engagement abroad, President Hamid Karzai, the only Afghan leader the world has dealt with in a dozen years, will be leaving office. Given India’s huge stakes in that country, the unpredictability about the nature of a post -- Karzai establishment in Afghanistan is giving South Block mandarins sleepless nights. 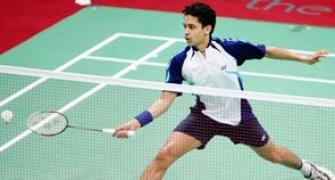 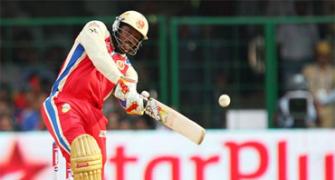 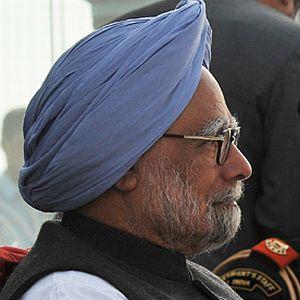 PM takes off for Durban BRICS with China in mind 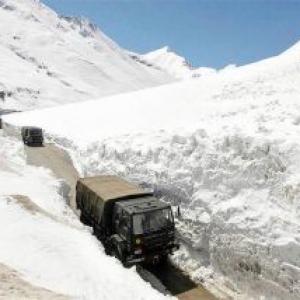