News
Business
Movies
Sports
Cricket
Get Ahead
Money Tips
Shopping
Sign in  |  Create a Rediffmail account
Rediff.com  » News » In India, it's still all about 'Who's your dad' 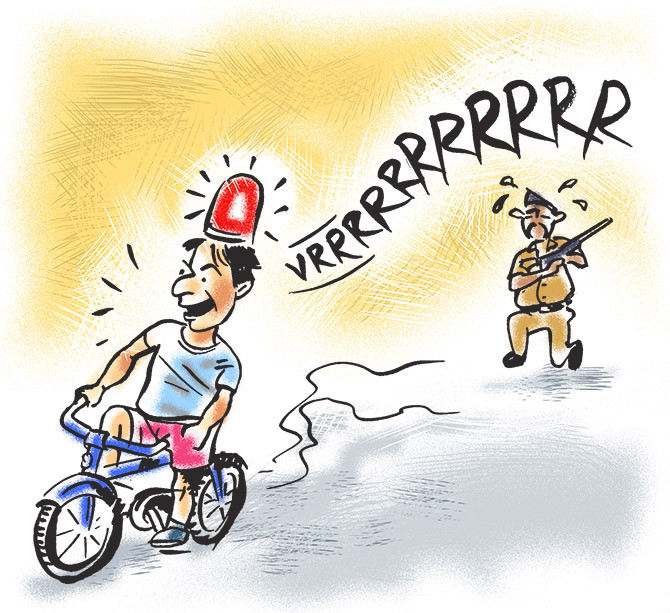 As a teenager I wanted to learn swimming, but there were few opportunities available.

There was no swimming pool in the area where I lived and the closest pool was 5 kilometres away. That pool was run by the municipality and I had heard it handed out a measly number of entry passes for people to swim.

When I arrived at the pool with a friend there were no passes available.

I pleaded with the man at the counter, but he turned me down, saying, "The passes are exhausted."

My friend and I waited at the gates of the swimming pool for three hours, but no luck.

We could hear people enjoying themselves in the pool. Later, we saw affluent children emerge from the pool in their swimming trunks.

My friend and me, our swimming trunks stayed in the plastic bag. We never got an opportunity to wear them.

I realised that day how India operates.

If you are someone with clout, you are 'in' the system.

"Why can't we be like those teenagers who are coming out of the pool?" I asked my friend.

His reply is something I have remembered all my life: "Uska baap kaun hai, maloom hai kya? (Do you know who their fathers are?)"

Those rich kids, he said, had either used their parents' clout or money to corner the limited passes available at the swimming pool, denying us access to the municipal-run aquatic facility.

During the 1990s, I once saw a police constable with a weapon outside my college classroom. I wondered what the policeman was doing there.

I discovered later that Pankaj, a class mate of mine, was being guarded thus.

Chhagan Bhujbal, Pankaj's dad, had defected from the Shiv Sena to join the Congress party and Pankaj was being given protection lest Sena reprisals ensued.

A college friend reiterated the line I had heard at the swimming pool some years earlier: "Uska baap kaun hai maloom hai kya?"

When I became a journalist, I discovered that a television channel was hiring children of well connected bureaucrats.

These hires had easy access to the capital's babus courtesy their parents, helping them get quickly ahead in their careers.

During my forays into film journalism, I met a beautiful actress.

She was very sweet, and -- unlike her haughty peers -- humble.

She had come in from New York and was not of Indian origin.

A year later, I heard she was dating an actor, the son of a leading movie mogul.

"Uska baap kaun hai, maloom hai kya?" a colleague explained when I asked how she -- one of the prettiest women I have known -- could have fallen for an unsuccessful actor.

In show business, the thumb rule to get the big break is the 'baap kaun hai maloom hai kya?'.

Everyone knows it. Everyone bows down to it.

That is why I for one was not surprised when Karan Johar, Saif Ali Khan and Varun Dhawan made fun of Kangana Ranaut at an awards function overseas.

Kangana is an outsider. Her parents are not Bollywood aristocracy like the father-mother-father of the Johar-Khan-Dhawan trio.

No chance! You know why?

With Narendra Modi's Lincolnesque rise to the prime ministership in May 2014, I thought that Indians would no longer give a crap for this 'Uska baap kaun hai maloom hai kya' business.

Has anyone seen a photograph of Damodardas Mulchand Modi, the prime minister's late father? I haven't seen one yet.

You may wonder why I keep reiterating the 'Uska baap kaun hai, maloom hai kya' line.

The reason being, this weekend, my belief in it was confirmed yet again.

When Vikas Barala tried to stop a young woman in the middle of the night, presumably with dubious intentions.

Vikas's father is Subhash Barala, president of the Bharatiya Janata Party in Haryana.

BJP President Amit Shah was in Haryana last weekend and he extolled the virtues of the Manohar Lal (nee Khattar) government, citing how different it was from the Congress and Indian National Lok Dal governments that preceded it.

Maybe Amitbhai was right, I thought when I heard of the dark incident.

Maybe Manohar Lal's BJP government would not be daunted by Vikas' links to the party and deliver justice to the young woman.

But no. At least not yet.

No serious charges have been filed against Vikas, who has already been freed on bail.

Why, you ask? Surely, you know the answer. 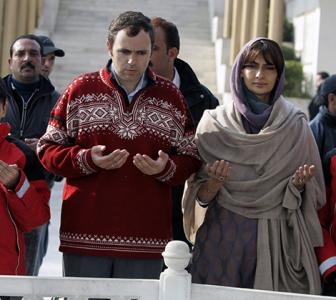 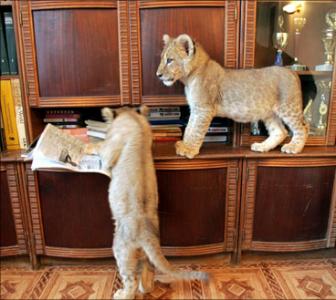 Meet the young guns who will lead top Indian firms 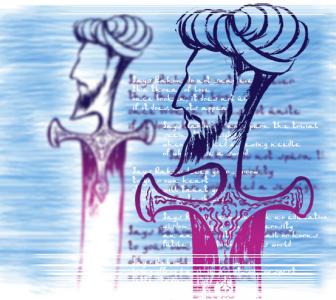 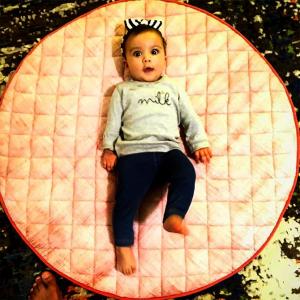 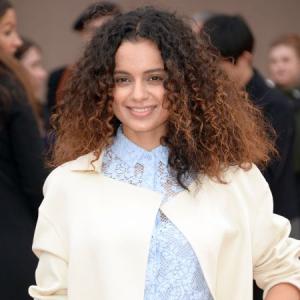 'If Saif is right, I would be a farmer': Kangana's open letter on nepotism