The recent focus on the Line of Actual Control (LAC) between India and China has shed little light on what is actually going on there, although something certainly is. Clearly, though, little has changed since 1962 in the way we react as a people to any perceived threat: With neither information nor analysis or military resources, we clamour for action, stern and immediate!

Neither the fulminating television newscasters, nor the millions who tune in to watch them, nor the thousands who send in outraged SMSs, letters and emails, have asked an important question: Is Beijing raising the temperature on the LAC, howsoever slightly, because it worries about something that India is doing? Does our obsessive insecurity prevent us from seeing that China might have insecurities of its own? What might those concerns be?

If our government has thought over the matter, it is not telling. Pooh-poohing suggestions of heightened tension on the border, India's foreign minister has inelegantly described the LAC as "one of the most peaceful boundaries that we have had". New Delhi is deflecting attention from the border and nobody is wondering why.

What is generating those wisps of smoke, admittedly faint, emanating from the dragon's nostrils?

To put things in context, it must be remembered that the 16 years since the "Peace and Tranquillity Agreement" of 1993 have not been entirely tranquil. Patrols from both sides have routinely muscled through to what they respectively claim as the LAC. This, however, evokes only pro forma complaints during border meetings. In places like the disputed "Finger Area" in Sikkim, Chinese patrols have actually pointed (but not fired) weapons at Indian jawans. Indian patrols, bound by tighter guidelines, wave banners at the Chinese on which requests to vacate Indian territory are emblazoned in Chinese characters. The restraints irritate our hot-blooded junior officers, but that's life on the LAC.

Today, Chinese patrols are bullying Indian graziers, and sending Tibetan graziers into pastures that they have ignored for 15 years. But it is hardly time to press panic buttons, or declare a media war on China.

Assuming that the world's China watchers are right, and that Beijing's economic stakes in the rubric of "The Peaceful Rise of China" hold back its historical expansionism, the LAC foot-stamping can hardly be a precursor to hostilities with India. But the shift in China's behaviour must certainly be examined.

Recent years have seen two major changes along the LAC. The first, on the Tibetan side, is China's development drive to transform local economies. Most Tibet-watchers believe that China's frenetic infrastructure building is aimed primarily at winning over recalcitrant Tibetans; a secondary aim is to be able to move troops around Tibet swiftly to quash outbreaks of rebellion; and a side benefit is the ability to move forces quickly to defend Chinese territory.

But, viewed from the Indian side, China's infrastructure drive is a serious threat, each road and railway line a dagger thrust forward into India's heart. China's five highways running to the border, soon to be supplemented with railway lines, allow the People's Liberation Army (PLA) to build up forces quickly at a chosen point on the LAC to overwhelm local Indian posts well before reinforcements can be brought in along India's creaky border roads.

India's failure to build matching infrastructure has two causes: the difficult terrain on the Indian side, and the government's slothfulness in planning and executing projects. But New Delhi makes up by its willingness to deploy an increasing number of jawans on the Himalayan watershed. India is raising two more divisions in the northeast, some 40,000 jawans more along the LAC, a provocative act in China's eyes. Originally planned as a low-key reinforcement, the cat was let out of the bag by Arunachal Pradesh governor General JJ Singh, who announced to the people of his state that India was raising two new divisions to protect them from the Chinese.

India's force build-up is the second big change on the LAC. In the lexicon of geo-strategy, Beijing alleges that New Delhi is unilaterally altering the status quo in a disputed border region. "We're only building roads for the benefit of our border people," the Chinese strategists argue, "but India is building up forces."

A third change is India's new boldness in allowing the Dalai Lama to go ahead with a visit this November to the monastery town of Tawang. China worries that India's influence over the Dalai Lama, the Tibetan Government-in-Exile, and the ability to wield the symbols of Buddhism, give New Delhi potent leverage in Tibet. For decades, New Delhi has danced to Beijing's tune, restraining the Dalai Lama, cracking down on Tibetan protests, and even deploying hordes of police and paramilitary forces to ensure that the Beijing Olympic torch relay through Delhi is not marred by protests.

It is hard to see how New Delhi can stop the Dalai Lama's visit to Tawang, without apparently kowtowing to Beijing. But Beijing's dominance is such that it views the visit as a "provocation".

With the Beijing-New Delhi relationship changing, China is struggling to accept the new reality. Complicating Beijing's strategic calculus further is the realisation that pushing India beyond a point could push it overtly into Washington's orbit.

Back on the LAC, China is signalling displeasure over all these issues. But the mildness of the signals reflects the constraints in China's options. At this point, there is little more that the Dragon can do. 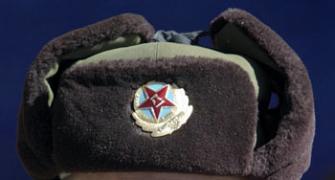 India and China: It was a stab from the front
Why India is no match for China now 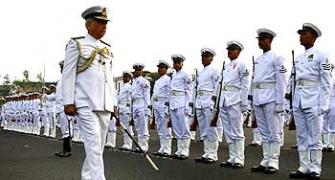 'India can't be indifferent on any global issue' 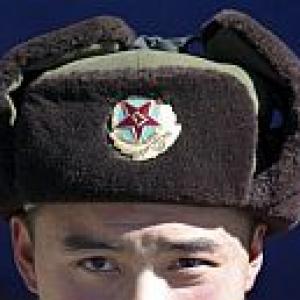