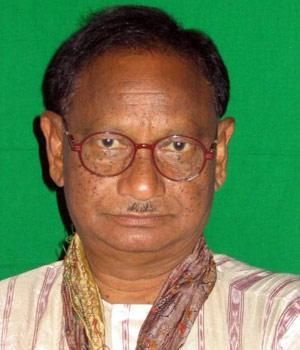 The Congress' fortune in Odisha has been on the slide ever since it lost power to the Biju Janata Dal in the 2000 elections. Party loyalist Giridhar Gamang's resignation has only added to its problems, says Dillip Satapathy

In politics, a leader's resignation from a party is no big deal. But when that leader is Giridhar Gamang, a 40-year loyalist of the Congress, nine-time Member of Parliament and a former chief minister of Odisha, eyebrows are raised. Gamang's resignation from the Congress last week on the ground that he was being sidelined in the party only reaffirms the moribund condition the party finds itself in the state.

The Congress' fortune in Odisha has been on the slide ever since it lost power to the Biju Janata Dal in the 2000 elections. In each subsequent elections, the party has come a poor second to the Naveen Patnaik-led regional outfit. Its strength, in terms of vote share and seats won in electoral battles, starting from the Panchayat and urban local bodies to the Assembly and Lok Sabha polls, has declined progressively.

But what worries Congress followers these days is that the party might lose its status as an alternate to the BJD in the state and slide to the third spot -- a syndrome already witnessed in last year's Kandhamal Lok Sabha by-polls -- if no serious attempt is made to stem the rut.

“A seasoned politician like Gamang would not have left the Congress if he was not convinced that the party had no future in the state,” says Rabi Das, a senior journalist and political analyst.

A major part of the blame for the party's current woes lies with its central leadership. Last December, the Congress high command did try to infuse some vigour into the state unit after its drubbing in the general elections by installing a young face, Prasad Harichandan, as the state Pradesh Congress Committee president, but the move has not paid any dividends yet.

The rot in the state party unit is demonstrated from the fact that Harichandan has not been able to form his team even six months after taking over as the PCC chief, thanks to the indifference of the high command to clear his nominees for various organisational posts.

"What ails the Congress in the state is rabid infighting among its senior leaders. They are well aware that factionalism in the party has severely dented their electoral fortunes, but they are still not willing to mend their ways. There is also nobody in the party who can unite all these diverse forces," Das points out.

In fact, during an interaction between All India Congress Committee Vice-President Rahul Gandhi and state party leaders before the general elections last year, a senior party leader, Suresh Kumar Routray, who is also Harichandan's father-in-law, had explained how the party's prospects in the state were hampered due to the presence of too many chief ministerial aspirants and went on to name a dozen of them.

Realising the handicap of running party affairs, with so many senior leaders working at divergent interests, Harichandan, while taking over as PCC chief, had coined the slogan of "We, not I". But with no sign of rival factions coming together yet, it seems to have had no impact.

Against this backdrop, Gamang's resignation is cause for worry for the party. Gamang had led the Congress to victory in the 1995 Assembly elections as state campaign committee chairman and is considered to be the tallest leader among tribals, who form nearly a quarter of Odisha's electorate.

His resignation could not have come at a worse time, when the party is trying hard to come out of the gloom after the death of its senior leader and three-time chief minister J B Patnaik last month. Though Patnaik was forced to stay away from active politics and his relations and associates were marginalised in the party by the high command over the last few years, he was the last leader with a pan-Odisha appeal to the party cadre.

In a last-ditch attempt to retain Gamang in the party, AICC President Sonia Gandhi, to whom Gamang had faxed his resignation, had called him to New Delhi for discussions. However, Gamang scorned the offer, according to his son Sisir, who is said to have been instrumental in influencing his father's decision to quit the party. The father-son duo is now in New Delhi for talks with the Bharatiya Janata Party leadership to join the saffron brigade. Speculation was rife about this transition when Gamang met Union Tribal Affairs Minister Jual Oram in Delhi, days before his resignation from the Congress. Gamang met BJP President Amit Shah on Friday and announced that he will soon formally join the BJP.

Given the fact that Gamang had cast a controversial vote in the Lok Sabha in 1999 to pull down the Vajpayee government at the Centre, doubts were being raised about him being welcomed into the BJP. But with the BJP in overdrive to assimilate leaders from other parties to strengthen its base in Odisha, Gamang has been forgiven for this folly.

The BJD, on the other hand, had said it might consider taking Gamang into its fold, if such a proposal came from his side. This only demonstrates how important he is for other parties, as there is no better catch than him for rival outfits in the state to beef up their stock among the tribal community.