The impact of Abe Shinzo's towering personality is such that even in death, he remains a polarising figure, explains Dr Rajaram Panda. Japan's former prime minister Abe Shinzo who was assassinated on July 8 in Nara is scheduled to receive a State funeral on Tuesday, September 27.

A dear friend of India who had built a close bonhomie with Prime Minister Narendra Modi and contributed to deepening bilateral ties shall be missed by the world for his pioneering leadership and path-breaking foreign policy initiatives.

Abe not only designed and formalised the Quad, he was also the architect of Japan's Free and Open Indo-Pacific policy that aligns closely with India's own Act East policy. IMAGE: A mourner bows in front of a portait of Abe Shinzo at the Zojoji temple. Photograph: Kim Kyung-Hoon/Reuters

The decision of the Fumio Kishida government to hold the state funeral has stoked controversy at home.

According a State funeral for Abe is the first since a top Japanese leader, former prime minister Shigeru Yoshida was accorded the same honour in 1967.

Yoshida was prime minister during the immediate aftermath of Japan's military defeat in the Pacific War and was successful in reclaiming Japanese independence in 1952.

When the decision was made by then prime minister Sato Eisaku, it also stoked controversy as there was no legal basis for such an event or at least it remained unclear.

However, after Yoshida's State funeral, the general precedent has been for the ruling Liberal Democratic Party (LDP) and the government to work cooperatively to mourn the loss of national leaders, where the LDP and the government co-organiSe a funeral, with a portion of the ritual supplemented by public funds.

Abe's alleged links within the Unification Church led the assassin to take Abe's life as he felt that Abe was responsible for his family's financial ruin.

The truism, however, is that this is a larger malaise in Japan's political culture as many LDP lawmakers have also links with the Unification Church.

In his reshuffle, Kishida did drop some prominent lawmakers to cleanse the system but could not drop some influential politicians who still continue to retain links with the Unification Church. It was thus a half measure. IMAGE: A mourner weeps for Abe at the Zojoji temple. Photograph: Kim Kyung-Hoon/Reuters

When the idea of organising a State funeral for Abe gained currency, it transpired that voters tended to oppose to the idea.

Interestingly, the support base remains high among younger Japanese.

This section of voters somehow felt that they benefited from Abe's economic policies during his record run as prime minister.

The group of voters in the 20s age group were satisfied as Abe's economic policies led to a soaring Nikkei stock average and almost full employment under his Abenomics programme == a mix of radical monetary easing, fiscal spending and vows of structural reforms.

The older people viewed Abe from a different perspective: The revelation of his alleged links with the religious sect whose founder was convicted in the US of tax fraud rekindled memories of suspected graft and favouritism scandals, which clouded the Abe government.

The political parties were too split along party lines.

Some lawmakers are either going to attend or decline the invitations to Abe's State funeral that has emerged controversial based on their party's relationship with the slain politician, though there would be individual exceptions in both the ruling and Opposition parties.

Those who oppose the State funeral, especially from the opposition parties, hold the view that Kishida did not sufficiently consult with the Diet -- the Japanese parliament -- before making the decision to hold the ceremony.

Some others also question whether Abe deserved a State funeral given the revelations about his ties to the Unification Church.

A recent Kyodo News poll showed 60 percent of respondents were opposed to the State funeral.

The funeral is expected to be attended by 6,000 people, including foreign leaders.

It would cost the state exchequer 1.7 billion Japanese yen ($12 million), which is far from the initial 250 million yen figure.

There are some opposition lawmakers who believe that they have a duty to pay their respects to Abe, the longest-serving prime minister.

Some more are clarifying their respective positions whether or not to attend the ceremony, to be held at the Nippon Budokan in central Tokyo in the Kudanshita area, in the vicinity of the embassy of India.

Besides Kishida himself and his close cabinet colleagues, Komeito chief Natsuo Yamaguchi, senior members from both parties, including former prime minister Yoshihiko Noda, a member of the Constitutional Democratic Party of Japan (the main Opposition party) have confirmed attendance.

Noda was emphatic in saying that not attending the event shall be against his personal philosophy.

It may be recalled that Noda was prime minister in 2012 and a member of the now-defunct Democratic Party of Japan.

He was succeeded by Abe the same year following a Lower House election that gave the Liberal Democratic Party a majority.

Noda's decision to attend the State funeral created rifts within his party.

CDP leader Kenta Izumi and other senior party executives announced plans to give the funeral a pass. IMAGE: An artist applies finishing touches to a painting of the late Abe Shinzo as a tribute outside an art school in Mumbai. Photograph: Niharika Kulkarni/Reuters

Japanese Communist Party leader Kazuo Shii decided to skip the State funeral. He felt the funeral WAS too expensive and that the ceremony, which gives one individual special treatment, is a violation of Article 14 of the Constitution, which guarantees equality for all.

Nobuyuki Baba, leader of the Osaka-based Nippon Ishin no Kai, decided to attend.

Yuichiro Tamaki, leader of the Democratic Party for the People, announced plans to attend.

There was a rift within the ruling LDP as well. Seiichiro Murakami, a 12-term Lower House member belonging to the LDP whose younger brother-in-law is CDP Secretary-General Katsuya Okada, broke ranks and announced that he will not attend Abe's funeral, citing people's opposition for the event as shown in the Kyodo poll

Though the funeral event shall go ahead as planned, the controversy surrounding over this, including its costs and necessity, are likely to be the subject of intense political debate when the extraordinary session of the Diet opens on October 3.

The impact of his towering personality is such that even in death, Abe remains a polarising figure.

The genesis of the controversy goes to the July 13 press conference by Kishida when he announced his decision to hold a State funeral for Abe funded entirely by the government to mourn the tragic loss of the longest-serving prime minister.

Kishida's intent was both to commemorate Abe's legacy and to show Japan's resolve that violence has no place in a democracy.

The controversy surrounding the government according a State funeral to prominent political figures is not recent; it has a past history.

According a state funeral to Yoshida in 1967 sparked a debate of the State infringing upon the principle of separation of Church and State as there is always a religious element in the funeral.

The State Funeral Order, issued as an edict to formally legalise the ritual in 1926, was nullified during the US occupation of Japan, which aimed to democratise Japan and abolish militaristic elements from its society.

The origin of the State funeral dates back to the early days of Meiji Japan.

The purpose then was to accord State recognition to Meiji government officials, mostly young, lower-class samurai, to reinforce their grip on power after the violent ouster of the Tokugawa shogunate government.

The objective was to respect the fallen luminaries while at the same time suppressing dissenting voices that could be a threat to the fragile foundation of power. 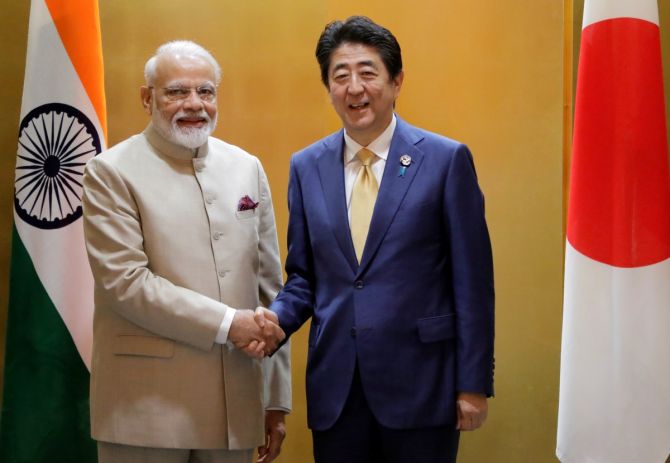 After Abe was assassinated, Kishida almost immediately decided to hold a State funeral and tasked his subordinates to look into the legal issues in organising such an event.&

Kishida did not seem to anticipate the reaction his decision to hold a state funeral would evoke.

An NHK poll showed 49 percent supported and 38 percent opposed it.

Interestingly, in both the NHK and FNN polls, there was a distinct divide along generational lines, with people in their 20s being the most supportive of a State funeral while the elders rejected it.

Some protestors demanded that the Kishida government should not romanticise Abe's politics.

The variance of public opinion about Abe demonstrated that even in death, Abe continues to be a polarising individual in Japanese politics, potentially dividing the nation.

In particular, his decision to pass the controversial legislation to enhance Japan's security by way of collective self-defenCe had both admirers as well as critics.

The critics were worried about the uncertain terrain that Abe was taking to Japan's future, which they found hard to reconcile.

Even after his death, Abe would continue to remain a popular as well as a controversial figure.

Days before the event, a man set himself alight in front of Kishida's office saying that he was opposed to the government's decision to accord Abe a State funeral.

This shows that despite his record-breaking tenure, Abe was not universally popular in Japan.

Though opinions shall vary within Japan with his policy of Abenomics and Womenomics domestically, his footprint at the global scene shall remain remarkable and credit-worthy.

For India, Abe shall continue to remain as a dear friend whose contribution to deepening bilateral ties in all fronts has laid the pathway for robust ties in the future.

Dr Rajaram Panda is a Senior Fellow at the Nehru Memorial Museum and Library, New Delhi. The Moment Abe Was Shot Tears And Prayers For Abe Shinzo