This week marks the 50th anniversary of the nuclear policy enunciated by China. Since October 16, 1964, when China first exploded a nuclear device, it has come full circle from ideological restraint in using the nuclear card to great power status.

China’s nuclear programme is one of the most non-transparent but significant issues in the world. China made major strides after the first atom bomb test in 1964 by quickly launching a nuclear missile test two years later and by June 1967 detonated a hydrogen bomb. Today its nuclear stockpile is increasing, as with the policy options to deter regional wars from breaking out as a white paper in 2006 indicated.

Further, Beijing extended its support to the three main goals of the Nuclear Non-Proliferation Treaty -- preventing the spread of nuclear weapons, accelerating nuclear disarmament, and promoting international cooperation in the peaceful utilisation of nuclear energy.

China also stated that it follows three principles regarding nuclear exports: exports serving peaceful use only; acceptance of the International Atomic Energy Agency’s safeguards and no transfers to a third country without China’s consent.

Secondly, China’s nuclear and ballistic missile proliferation record has become controversial with some suggesting that Beijing has become a ‘strategic proliferator’ while others castigating its nuclear Walmart. Despite denials, reports indicate direct transfers to Pakistan, Iran, Libya or being an onlooker in Pakistan-North Korean cooperative efforts. Pakistan scientist A Q Khan’s revelations on transfers to Libya also suggest to the hollowness of China’s claim on third country transfers.

Thirdly, while China welcomed the United States-Soviet Union/Russia strategic arms reduction talks, it had shied away from its own nuclear disarmament measures. Although China suggests that it has only a ‘handful’ of nuclear weapons, several studies point substantial increase in its nuclear weapons. Various think-tanks in the US suggested China’s nuclear stockpile anywhere between 500-2,000 weapons. The Stockholm International Peace Research Institute in 2013 estimated over 250 nuclear weapons for China, between 80-100 for India and 90-110 for Pakistan. A former head of the Russian Strategic Rocket Forces Colonel General Viktor Yesin suggested China could produce as many as 3,600 nuclear warheads while Alexei Arbatov estimated between 1,000 and 3,500.

Fourthly, while Beijing had shown much enthusiasm for its ‘all-weather’ friend Pakistan in the civil nuclear cooperation, including ‘grandfathering’ of the Chashma 3 and 4 projects in March 2011, this policy proved to be only selective, not universal claim. For instance, despite ‘strategic and cooperative partnership’ with India since 2005, Beijing chose to resist the debates in the IAEA and Nuclear Supplies Group in 2008 and is still reluctant to give consent to India’s candidature at the NSG.

All the above inconsistencies in China’s nuclear policy have negative implications for India. Several similarities exist though. Both China and India are declared no first use states. Both share the view that the nuclear weapons are last-resort defensive political weapons and that these can be used only for counter-nuclear retaliation efforts. According to several reports, both have not placed their respective strategic forces on launch on warning and possibly un-fuelled and hence exhibit strategic restraint.

However, differences and acute competition exist between the Chinese and Indian positions today and these are partly aggravated by continuing transfers of weapons of mass destruction to Pakistan. While both intended to cooperate on the nuclear issue -- as reflected in the November 2006 and September joint statements between the two leaders, no concrete progress has been achieved on the ground.

Despite four disarmament section talks and six strategic dialogues between the two foreign ministries, China’s intransigence on recognising Indian nuclear status resulted in no confidence building measures in the nuclear field between the two, including either escalation control procedures (necessary given the tactical nuclear weapons) not a de-targeting agreement, although a general purpose 24-hour hotline exists between the two Premiers (although China’s Premier has no role in the nuclear command issues).

More significantly, Indian defence ministry estimates in its annual reports that China had been targeting ‘several’ Indian cities and strategic hubs. This has triggered Indian efforts to strengthen its strategic deterrent capability with the Agni-series and ballistic missile defence tests recently. The previous government had also decided in November 2009 to place ‘strategic assets’ in the north-eastern region of the country and the armed forces to fight two-theatre front under nuclear threshold. Clearly tempers are rising in the region. 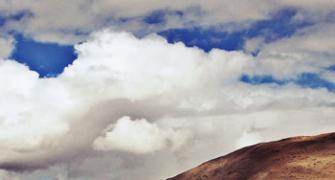 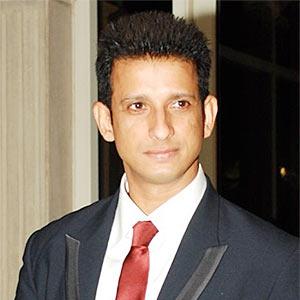