'Why has this turned out to be one of the greatest humanitarian crisis that has caught the Centre and the states in a bind with no answers to this unexpected tsunami?' asks Brigadier Narender Kumar (retd). 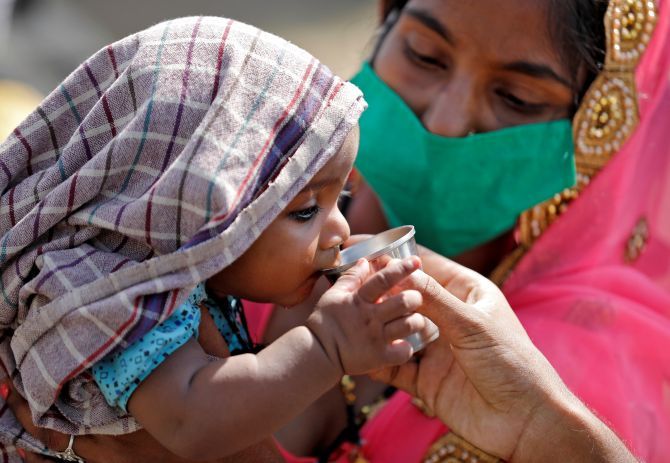 India has faced one of the biggest migrant movements at a time when the nation is in a lockdown due to coronavirus.

This mass migration of over 80 million people has created a major humanitarian crisis that is unprecedented in magnitude, never seen in this country's history.

As per the 2001 Census, there were approximately 81 million migrant workers spread across the length and breadth of the country.

The majority of the migrant workers come from Uttar Pradesh, Bihar, West Bengal, Odisha Jharkhand and Rajasthan. This number would have increased dramatically in the last 19 years and this figure could be anyone's guess.

To move close to 80 million people from one part of the country to another in the absence of exact details of their destination makes this problem even more complex.

There are no planning figures available with labour ministry as to how much food, water, transport and medical aid is required at which location since the bulk of the migrant workers come from unorganised sector.

To feed 80 million people, the government is required to cater approximately 50,000 tons of food grains on a daily bases, 40 crore litres of water daily (@ 5 litres per person), and would require minimum 10,000 doctors to provide basic medical aid.

The government required approximately 67,000 trains with the carrying capacity of 1,200 passengers per train. 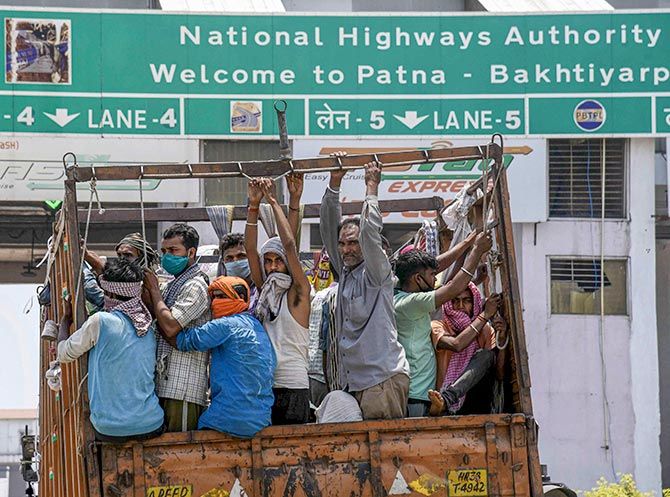 IMAGE: Migrants travel in a truck to their villages, Patna, May 17, 2020. Photograph: PTI Photo

Why has this turned out to be one of the greatest humanitarian crisis that has caught the Centre and the states in a bind with no answers to this unexpected tsunami?

All efforts by the Centre and state governments seem too small and too late.

The question is could this have been managed better with available management tools?

Or those who are at the helm of the affairs has little or no idea to handle such humongous crisis?

This is certainly a major crisis but could have been managed had we put in place systems and procedures with the help of technology.

Inability to fix this problem even after two months of the lockdown is indicative of the inefficiency and lack of expertise in contingency planning on part of the labour ministry.

Today all efforts are aimed to neutralise the arrows but no efforts are being made to target the archer.

Do we need such a ministry if it has failed those for whom this ministry was created? 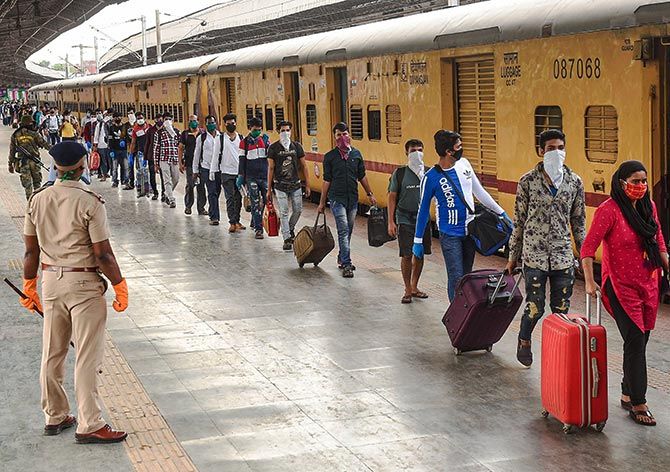 IMAGE: Migrants wait to board a train at Howrah station, May 17, 2020. Photograph: Ashok Bhaumik/PTI Photo

What could have been done and should be done so that such a crisis do not reoccur? The mismanagement and insensitive attitude during such a crisis often creates disaffection among the people and if the television news channels are to be believed, a majority of migrant workers have gone back unhappy.

The government needs to set its house in order and bring major reforms in the labour and agriculture sector. 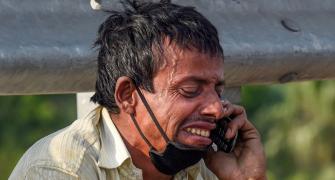 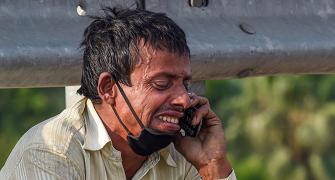 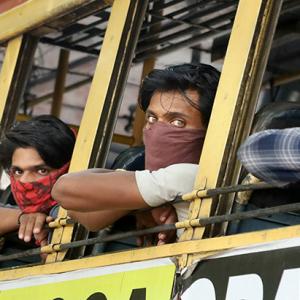 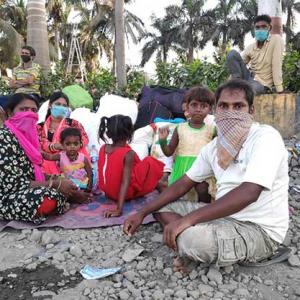