Why recording the current period is necessary

What is a migrant going through today on the walk home?
What is it like to be a Muslim and watch the news on television every night in India?
Is there a bureaucrat who is noting down the absurdity of what is announced and what is actually happening in her domain?
A medical resident who has gone through three weeks of 12-hour shifts while her seniors abstain from coming to the Covid hospital?
They may be our everyday experiences, but they are how history will understand what happened to us all in this strange and surreal time, points out Aakar Patel.
All Illustrations: Dominic Xavier/Rediff.com Three centuries ago (298 years to be precise), Daniel Defoe, of Robinson Crusoe fame, published his account of the bubonic plague of London.

It is called A Journal of the Plague Year and is an eyewitness account of 1665-1666, when about a fourth of London died of the plague.

Defoe's diary was later revealed to be partly fictional, but to me that is unimportant.

What writers need is material.

The author V S Naipaul observed that one could have prodigies in music, mathematics and such things, but not in writing. You might find an individual operating at genius levels in chess or something else.

But not at writing.

And this is because writing requires experience, and the material to credibly insert into your text, and experience can only come with age.

And so Defoe's text can be understood as his material from that year.

Another diary from the same period is that of Samuel Pepys (pronounced 'peeps').

This man, who was a senior bureaucrat in the royal navy, kept a journal in his 20s and 30s that was found and published after his death and is the source of some of the best material we have of that period, when Charles II ruled.

The king is important to Indian history because he married Catherine of Braganza and received Bombay (from Colaba up to about Thane) from the Portuguese as his dowry, and kept the port, holding off Aurangzeb. Pepys's diary is honest, and refers to his peccadillos with women 'who let me', and was kept hidden by him and discovered only after he had passed away.

Defoe's and Pepys's texts are both still in print today showing how important their work has been seen through the centuries.

A third text of a plague is that by Albert Camus, who wrote the outstanding novel The Outsider.

He wrote about the cholera epidemic in an Algerian city and masked it as a present-day novel.

He received the Nobel Prize for it and it is a work that is relevant today because it examines the meaninglessness of our existence.

God and religion and love and other great things that we set such great store by in normal times are held up to scrutiny by hundreds of millions in a time like the time between April and May 2020.

The point is this: Are we recording what is happening to us and around us at this time, a period which will be of interest to the future? Pepys has left behind no other work but his diary.

He is not a writer in the sense of the word.

He is someone who at the end of the day just recorded what he did and saw since dawn.

And yet his diary has survived 300 years and is taught at university. Here is an excerpt from it:

'September 14th 1665...my finding that although the Bill [total of dead] in general is abated, yet the City within the walls is encreasd and likely to continue so (and is close to our house there) -- my meeting dead corpses of the plague, carried to be buried close to me at noonday through the City in Fanchurch-street -- to see a person sick of the sores carried close by me by Grace-church in a hackney-coach -- my finding the Angell tavern at the lower end of Tower-hill shut up; and more than that, the alehouse at the Tower-stairs; and more than that, that the person was then dying of the plague when I was last there, a little while ago at night, to write a short letter there, and I overheard the mistress of the house sadly saying to her husband somebody was very ill, but did not think it was of the plague -- to hear that poor Payne my waterman hath buried a child and is dying himself -- to hear that a labourer I sent but the other day to Dagenhams to know how they did there is dead of the plague and that one of my own watermen, that carried me daily, fell sick as soon as he had landed me on Friday morning last, when I had been all night upon the water ... is now dead of the plague -- to hear ... that Mr Sidny Mountagu is sick of a desperate fever at my Lady Carteret's at Scott's hall -- to hear that Mr. Lewes hath another daughter sick -- and lastly, that both my servants, W Hewers and Tom Edwards, have lost their fathers, both in St. Sepulcher's parish, of the plague this week -- doth put me into great apprehensions of melancholy, and with good reason.' A lot of this may seem banal now, but this is gold for historians. It tells us a great deal, and this is but a couple of paragraphs.

Something similar is to be found in the works by two Germans: Victor Klemperer, a professor who kept a diary in Dresden, in the 1930s and 1940s under Hitler and then later under Soviet occupation; and, of course, Anne Frank, the teenager who was caught and imprisoned by the Nazis and died in a concentration camp.

Both Klemperer and Frank were of Jewish origin. What is a migrant going through today on the walk home?

What is it like to be a Muslim and watch the news on television every night in India?

Is there a bureaucrat who is noting down the absurdity of what is announced and what is actually happening in her domain?

A medical resident who has gone through three weeks of 12-hour shifts while her seniors abstain from coming to the Covid hospital?

How I hope that these things are being recorded.

They may be our everyday experiences and for that reason unimportant in the moment, but they are how history will understand what happened to us all in this strange and surreal time. 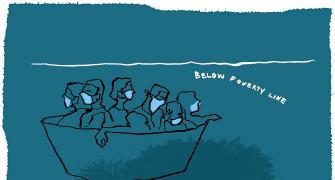 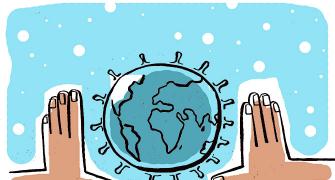