PM's Dhaka visit: By no means a write-off

Indian commentators are inclined to view the country's relations with its neighbours almost exclusively through the prism of the ascendancy of China's diplomacy in South Asia, says M K Bhadrakumar.

A comparison of the Indian and Bangladeshi pronouncements on Prime Minister Manmohan Singh's visit to Dhaka is timely. Indian commentators have been waxing eloquent in the recent days anticipating the visit as 'historic', a 'paradigm shift' and so on. It was left to Bangladesh Foreign Secretary Mizarul Kayes in Dhaka on Tuesday to bring a sense of proportion.

The divergence in the perceptions should be carefully noted. Bangladesh does not practice diplomacy as if it is soap opera. Diplomacy is hard ball for small countries like Bangladesh or Sri Lanka, which face the Himalayan challenge of negotiating equitable relationships with their massive neighbour. They are invariably guided by their permanent interests.

India, too, should have known this from the Kachativu agreement signed with Sri Lanka. India ceded the island to Sri Lanka in 1974, but that didn't ensure permanent friendship between the two countries. Colombo unilaterally keeps asserting its sovereignty over the rich fishing grounds around Kachativu contrary to the spirit of the agreement and there is precious little Delhi could do about it. And there have been recent demands by political parties in India that the Kachativu agreement should be abrogated or re-negotiated.

Then too, Colombo had a government led by a supposedly 'India-friendly' politician Sirimavo Bandaranaike. The point to be noted is that issues like water resources or maritime boundary are of far-reaching consequence and they cannot be negotiated at par with other issues.

There was no need to have hurried with the Teesta agreement. The result is that Indian diplomacy has been needlessly put on the defensive. The Sri Lanka case comes to mind, again. Not many would recall today the tenacity with which Sirimavo negotiated the agreement over the issue of citizenship of people of Indian origin.

At one point, during a visit to India in 1964, she phoned up the then prime minister Lal Bahadur Shastri to threaten she would leave Delhi the next day unless their original agreement was readied for signature.

This is not to decry the genuineness of Bangladesh Prime Minister Sheikh Hasina's friendly feelings or her commitment to foster excellent relations with India. The point is, the air of tragedy or despondency that enveloped the Indian dispatches from Dhaka during Manmohan Singh's visit is completely unwarranted.

The visit is by no means a write-off. The border agreement and the trade concessions are major initiatives by the government by any reckoning. India has indeed gone the extra league to reciprocate Dhaka's positive attitude to India's security concerns.

The real problem lies elsewhere. The heart of the matter is that the mainstream Indian commentators are increasingly inclined to view the country's relations with its neighbours almost exclusively through the prism of the ascendancy of China's diplomacy in the South Asian region. But India's jostling with China for influence in Dhaka is a silly barometer to apply in the first instance.

The warming of the relationship with India under Hasina's leadership cannot and will not dwarf Bangladesh's flourishing friendship with China. For Bangladesh, China is and will remain a major source of investment, besides being its number one trading partner. China's 'soft power' in Dhaka is very considerable already.

Most important, unlike in the case of India, there is a bipartisan consensus in Bangladesh about the crucial importance of close and friendly ties with China. Our commentators are whistling in the dark in fancying that an India-Bangladesh 'entente' would pip Bangladesh's steadily expanding relationship with China, which is based on mutual advantage.

They underestimate China's grit to foster close ties with the littoral states of the Indian Ocean region, which constitutes China's vital sea lane to the Middle East and Africa. Bangladesh, in particular, also presents itself as an absorbing partner for China on account of its sizeable and rapidly growing market and its skilled manpower.

For India's ties with Dhaka to be predictable and sustainable, the approach should be based on mutuality of interests. Economics plays a major part here. Bangladesh has a highly ambitious outlook toward its growth and development. China is attuned to this political reality. India, too, should.

However, it is not imperative that Delhi extends a $5 billion credit line to Bangladesh instead of the $1 billion it is providing. (The credit line that China has offered to the highly strategic Central Asian region within the ambit of the Shanghai Cooperation Organisation works out to $900 million.) What is much more important is trade and investment.

Nor is it realistic to negotiate over water resources by way of cultivating friendship. In any case, future wars are going to be fought for control or access to water resources and it should never have been a subject that lends itself as the icing on the cake of a prime ministerial visit.

The ties with neighbours are invariably a grind. They cannot be handled as episodic events. It is no different for Russia vis-a-vis Ukraine and Belarus or for China vis-a-vis Myanmar and Vietnam.

The prime minister's visit to Dhaka could have been choreographed more thoughtfully. Whether the mishap that occurred was borne out of genuine altruism toward a small neighbour or sheer naivety about Dhaka's formidable capacity for diplomacy or simply the bureaucratic haste to show up a foreign policy success for Manmohan Singh at a time when his political stock is low, remains to be assessed. Herein hangs a tale. An uneasy feeling lingers in the mind that the Bangladeshi diplomats walked away laughing.

Should West Bengal Chief Minister Mamata Banerjee be faulted for dissenting? Even Indian prime ministers have had change of heart at the last minute in initialling important agreements, which they feared might cost them politically at home. The Siachen agreement readily comes to mind.

Would the Teesta accord have ensured that the 'India-friendly' Hasina wouldn't be targeted anymore by her political opponents? Not really. In the kind of hothouse that noisy, immature democracies like India and Bangladesh inhabit, politics is dialectic. The BJP found it expedient to oppose the United States-India nuclear deal negotiated by a Congress-led government.

Nor is our 'hope' justified that the Teesta accord would have been the Rubicon in the India-Bangladesh relationship. If Bangladesh ever yields 'connectivity' to our North-East states through its territory, there is bound to be demand by Dhaka at some point that India provides reciprocal 'connectivity' for Bangladesh with China. Make no mistake about the facts of life. 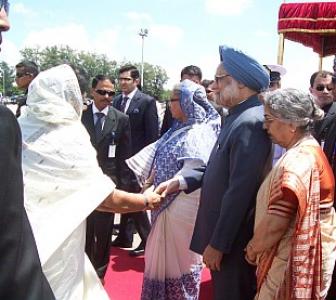 Dhaka diaries: What Manmohan is up to
'Dr Singh must reassure Bangladeshis on Teesta' 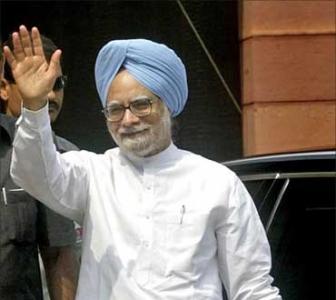 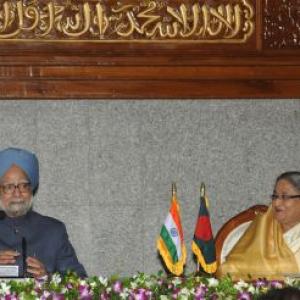 'India a true and genuine partner of Bangladesh'