Modi's visit to some developed countries such as the US, Japan, China and Australia were sprinkled with humongous investment figures. But do we have the wherewithal to absorb such big investments? Nayanima Basu explains 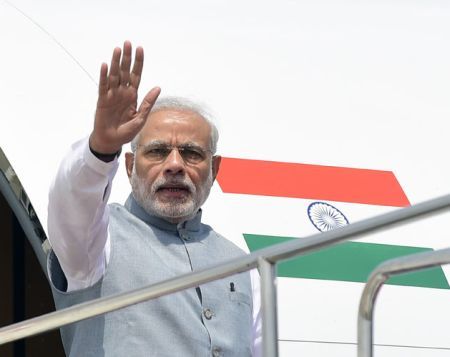 With Prime Minister Narendra Modi embarking on his second visit to the US within one year of his previous visit there, all eyes are now fixed on what the government's foreign policy stance will be in its second chapter, especially with some key countries that seemed to have restored their faith in the country's story of growth.

When PM went to the US last year in September, various far-reaching commitments were made that would have been mutually-beneficial. Modi's visit to the US also gave the Bharatiya Janata Party government the required boost.

This is because Modi, as chief minister, was barred from entering the country for his alleged involvement in the Gujarat riots.

However, circa 2015, Modi was given a red-carpet welcome as he increasingly waved the development flag.

He met stalwarts of US business and urged them to look at India as a trusted, credible and stable investment destination.

"I do not see what the PM's visit this time will result in, as they are into the presidential election mode anyway. The first year saw a lot of enthusiasm from the US as well as other countries because of his massive victory and persona. But, the second year will be judged by deliveries and outcomes. Foreign policy has been the most-visible and vibrant dimension of his term as prime minister, so far. However, to consolidate the rebranding of India, further economic reforms will be required in his second year," highlighted Neelam Deo, director at Mumbai-based foreign policy think tank Gateway House.

June - Bhutan: Modi made Bhutan his first foreign destination. This was consistent with his 'neighbours first' policy stance as cornerstone of his foreign policy. During his visit, he addressed their parliament where he reiterated a strong India is beneficial for the region.

July - Fortaleza, Brazil: Modi visited Fortaleza, Brazil, for the 6th BRICS Summit. It launched the New Development Bank headquartered in Shanghai. However, it was decided the first president of this bank would be from India.

August - Nepal and Japan: Modi won many hearts in Nepal. He also offered a $1-billion line of credit for infrastructure The Japan visit saw Japan vowing to invest $35 billion in infrastructure. The government also set up a channel - Japan Plus - to expedite investments

September - US: One of Modi’s most talked-about visits and the first step towards thawing the ice between India and US. This was his maiden visit as prime minister The visit stood out for the ceremonial and protocol welcome: He met US President Barack Obama twice. Both leaders also penned a joint Op-Ed in The Washington Post Both sides set up a mechanism to address US' concerns on India’s IPR regime. The two were able to renew the 2005 Framework for the US-India Defence Relationship for another 10 years.

Nepal -- SAARC Summit: Here Modi pushed for subregional connectivity, a result of this is the pact called the Motor Vehicles Agreement

March - Sri Lanka: This was undertaken to secure its maritime strategy amongst the Indian Ocean countries

April - Canada: This was the first visit by an Indian PM in 40 years. The main objective was to secure nuclear energy
Germany: This visit was to promote Modi’s flagship ‘Make in India’ at Hannover Messe
France: In France, Modi gave his approval for 36 Rafale fighter jets from Dassault for the Indian Air Force

May - China: India and China signed 24 agreements worth $22 billion infrastructure development and renewable energy. During the visit, Modi had a meeting with Chinese industrialists

Deo said the logjam in Parliament is also going to act against the government as international investors will question the ability to push through reforms even after Modi came to power with a thumping victory.

The bilateral investment treaty the US had been pushing has made no headway. American investors continue to complain about the country's weak intellectual property rights regime and non-tariff trade barriers.

Some of the main reform measures international investors were waiting for were passage of the land acquisition bill and goods and services tax. But, both these reform measures seem to have become a distant dream.

The proposed labour reforms also seem to be in the doldrums, with Modi stating a consensus is required to be built from the trade unions.

The government has not been able to move forward when it comes to changing labour laws, considered crucial by business to spur investment.

The proposed Industrial Relations Bill, which eases retrenchment rules for employers and toughens trade union formation, might get delayed before it is put up before the Cabinet, as the government has decided to go slow on it following trade union protests.

Even after 10 months of proposing the small factories Bill, an umbrella labour law for factories employing up to 40 workers, it has not been introduced in the Cabinet.

Changes to the Contract Labour Act to ease hiring are in its preliminary stages and the Factories Act still has to get approval of the Parliament and is pending with a standing committee.

Modi's visit to some developed countries such as the US, Japan, China and Australia were also sprinkled with humongous investment figures.

For example, when he visited Japan in August last year, Japan committed to invest $35 billion into India's infrastructure development. To expedite those investments, the government had even set up an exclusive fast-track channel Japan Plus under the department of industrial policy and promotion in the ministry of commerce and industry.

However, nothing concrete in terms of a substantial investment proposal has come from Japan, as yet although they continue to finance some of the economic corridors planned.

Similarly, China vowed to invest almost $20 billion over five years when their President Xi Jinping visited India in September last year. Additionally, when Modi went there in May this year, bilateral deals worth $22 billion were signed.

"The visits undertaken by Modi had strong economic underpinning, which was led by domestic compulsions of economic development, a mandate on which the PM came to power. So, the outreach was required. All these promises of investments were made keeping in mind that domestic reforms will take place. But it seems we do not have the wherewithal to absorb such big investments. Domestic reforms are essential. That will lead domestic investors to start investing in the economy only then will international investors start coming here," said Nandan Unnikrishnan, vice president and fellow, Observer Research Foundation.

Taxation continues to remain a big concern for Japanese investors who have been struggling with it for a long time from the UPA days.

The main bone of contention amongst the international investors relates to retrospective taxation and transfer pricing.

The Modi government has also taken a slew measures in the past year in liberalising foreign direct investment norms. It has increased the threshold for foreign equity in railways, defence, medical devices and insurance.

Increasing the FDI cap in insurance sector was a long pending demand from American, European and Japanese investors. In a significant step the government allowed raising the cap on foreign investment into Indian insurance firms from 26 per cent to 49 per cent. However, it did not allow for ownership and control of foreign entities.

In a recent interview with Business Standard, Raymond E Vickery, former US assistant commerce secretary and global fellow at the Wilson Centre, stated that while the government had taken several reforms to attract investors, it has fallen short of their expectations. He also urged the gov-ernment to repeal the law governing retros-pective taxation.

He said, the relaxing of norms in the insurance sector particularly has sent "negative signals" to American investors.

Incidentally, FDI inflows in the country in 2014-2015 jumped 27 per cent to $31 billion from $24.30 billion in 2013-2014. But it was the services sector that attracted maximum investment despite a massive push to the manufacturing sector under the 'Make in India' campaign. 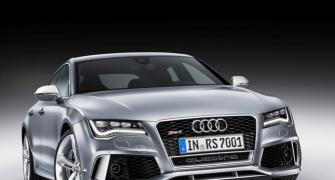 Audi RS 7: The beast that dazzles 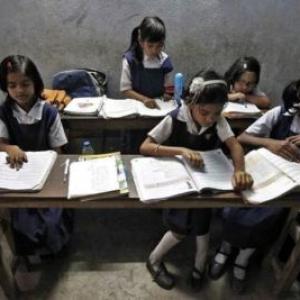