News
Business
Movies
Sports
Cricket
Get Ahead
Money Tips
Shopping
Sign in  |  Create a Rediffmail account
Rediff.com  » News » The best approach for J&K is neither Israel's nor China's

The best approach for J&K is neither Israel's nor China's

‘The one thing India has over these two States, whose toughness awes us, is our ability to embrace diversity with ease.

'The way ahead lies in learning from Vajpayee’s method, not in Xi Jinping’s,’ says Shekhar Gupta. 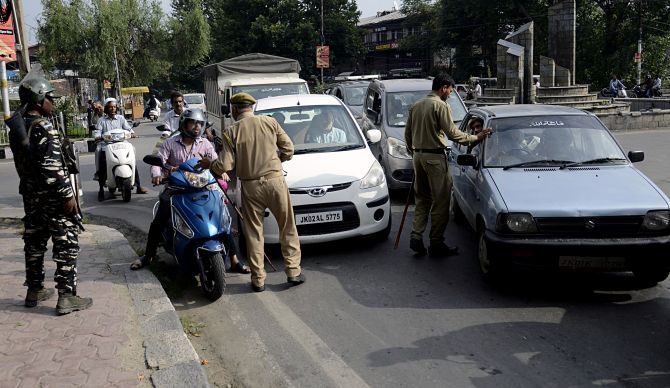 Last week’s National Interest column had applied a tough fact and reality check to the five most prominent myths on Jammu and Kashmir believed by our liberal community.

It should logically follow that we now do exactly the same with many firmly held beliefs of the Right nationalists. This is an enormously larger group, given the overwhelming Narendra Modi-BJP voter base.

Among them, the belief that Article 370 and the “two-timing perfidy” of Kashmiri leaders are the only problem is even stronger than the liberal sense of collective injustice by the Indian State.

This Right-nationalist passion also comes from a lack of understanding of facts, and realities on the ground.

No mythologies -- of the Left, Right or centre -- serve the national cause which, in our book, includes the Kashmiri cause.

That’s why we must shine the cold light of fact and reason on these. Because beliefs are lovely, but dangerous if not based on facts.

I am, therefore, listing the five favourite Right nationalist myths on Kashmir.

1. The first, and the most central, is that Article 370, and the special status it accorded to the state, was at the root of the problem. It’s now gone, and so will the problem. History is made, and we now have a new dawn.

So far, so good. But history being made doesn’t mean the history preceding this is erased. Article 370 was indeed a very emotive issue in national consciousness and in Kashmir, but the fact is, over the 69 years since it came into being as a temporary, special provision, it was no longer even a pale shadow of the original.

Every prime minister of India, with the possible exception of the late V P Singh, had worked on diluting Article 370.

By the time the Modi government moved to abrogate it earlier this month, it was a formality.

From only three subjects (defence, foreign affairs, finance and communications) to begin with, now 290 Articles of the 395 Articles of the Constitution had become directly applicable to Kashmir.

Some irritants remained, for sure -- the usual trope over non-state subjects being denied the right to jobs and property in Kashmir being the most prominent.

Some of the others, actually, would -- and should -- have qualified to be liberal grievances.

Punishing Kashmiri women for marrying a non-Kashmiri by denial of property and inheritance rights and Kashmiri status to children from such a marriage or non-application of the Supreme Court orders on instant triple talaq and Section 377 of IPC, for instance. Unjust for sure, but to call them the root cause of the alienation is a lazy stretch.

The next two important myths in this category have Pakistan written over them. In one, as an occupier should have been, and now must be evicted, and in the other, as a prime provocateur.

2. The nationalist Right discourse from 1948 onwards is as follows: Indian Army was poised to recover all of Kashmir from the Pakistanis, including Gilgit-Baltistan, but for woolly-headed Nehru taking the issue to the UN. If only it was left to Sardar Patel …

The reality is different, and because it is uncomfortable, it won’t change. After two seasons of fighting, in 1947-48, broken by the winter, the two armies were locked in a stalemate. Read all available military literature from both sides. Factors of geography, topology, logistics, military might and even ethnicity had made any meaningful progress impossible on either side.

Possibly the only time India could have pushed across the Uri bulge into Muzaffarabad was in the very early days of the first phase of fighting in November-December. But it wasn’t possible to bring in the needed troops by air, or road as long as the Banihal Pass was blocked by snow. Many Indian and Pakistani accounts claim a victory was possible in 1948, but these are competing fantasies.

Remember, that this war took place while the two armies were still led by British chiefs. Also, there simply wasn’t sufficient asymmetry available to India militarily.

Pakistan, at Partition, inherited one-third of united India’s armed forces and a sixth of its economy. It ruined the country in the course of time, but in 1947-48, that military gap to enable a famous conquest over the Himalayas was just not available.

And can Pakistan be dislodged from Pak-occupied Kashmir (PoK) now? With great humility, I’d say not really. Despite the many wars and skirmishes we have fought since 1948, costing tens of thousands of lives on both sides, the dividing line between the two armies has been more or less the same, barring minor exchanges in 1971. Even Siachen was unoccupied, uninhabited, and taken without fighting.

In real combat (not on commando-comic channels), Pakistani forces are quite capable of fighting a defensive battle. Both, irredentism for the territory ‘lost’ in 1948, or romanticism for a Bangladesh-style sweep in PoK in a fresh war, are irrational mythologies.

3. People of Kashmir, by and large, are docile, peaceful, patriotic Indians, but for the ideological contamination of Pakistani propaganda and militant Islam: Of the three, the first used to be true, but it is no longer so.

In the earlier phases of this 30-year insurgency, most of the armed fighters had come in from Pakistan. In fact, in the early 1990s, many foreign jihadis (from African and Arab countries) had also been infiltrated by the ISI. These were also deeply disliked by most indigenous Kashmiris.

Over the past decade, however, the insurgency has become much more indigenous. The average young Kashmiri has been angry and humiliated, and is willing to pick up arms.

This shows in casualty figures. A vast majority of identified, killed, or captured militants lately has been Kashmiri. This will not change. There are enough caches of arms hidden in the Valley to keep small groups of militants going, and Pakistan will not lose its ability to keep up a supply.

The abolition of Article 370 and direct rule of the Centre with control over the police will strengthen the security grid. But it will not end terrorism.

4. All Kashmiris need are investment and economic development: To believe this is to betray an arrogant misunderstanding of the human mind.

No amount of economic development, central largesse would change people’s minds until their mass sense of anger, humiliation and alienation isn’t addressed.

Loose and arrogant talk of changing the demographics of the state by buying property and settling outsiders, marrying its women, gravely worsens it.

This territory of Jammu and Kashmir has always been with India and nobody can take it. But until its (mainly the Valley’s) people aren’t with you, you have nothing new to write home about.

And finally, we come to our most sensitive myth. It is also the most dangerously self-defeating.

5. Change the demographics, learn from Israel: If you drew the right lessons from Israel, you’d never think of doing so, in fact.

Israel has been on this project for decades, and it’s a failure. It has brought them neither peace, nor affirmed their claims on territory.

Further, India already has the territory, the rest of the world barring Pakistan and China does not dispute it, and unlike Israel, which is a Jewish State, India is a secular republic.

Further, you aren’t changing the demographics of two mohallas of Purani Dilli or a sector of Chandigarh or Gurgaon. This would require moving something like 10 million Hindus into the Valley.

This will never happen. This isn’t China, where you can shift millions in caravans. And even that, remember, has not given China peace in Tibet or Xinjiang. Nor has this given Israel security or stability.

The one thing India has over these two States, whose toughness awes us, is our ability to embrace diversity with ease. That’s the best approach for Kashmir.

The battle for the hearts and minds is still the same: Is India offering them a much better deal than Pakistan? With self-respect, dignity and protection of their identity.

Article 370 is good, and overdue, riddance. The way ahead lies in learning from Vajpayee’s method, not in Xi Jinping’s. 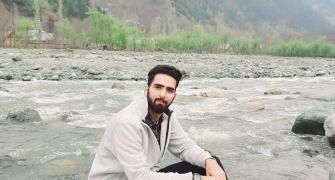 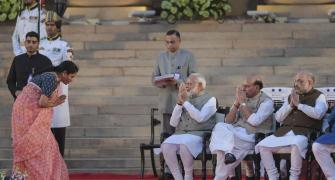