News
Business
Movies
Sports
Cricket
Get Ahead
Money Tips
Shopping
Sign in  |  Create a Rediffmail account
Rediff.com  » News » What is a decisive and strong leadership?

'Decisive leaders, especially powerful ones, usually find themselves surrounded by people who will not oppose them.

'This is because those who are cautious and of a different view will not find satisfaction serving an individual so different from them, producing results they do not agree with,' says Aakar Patel. 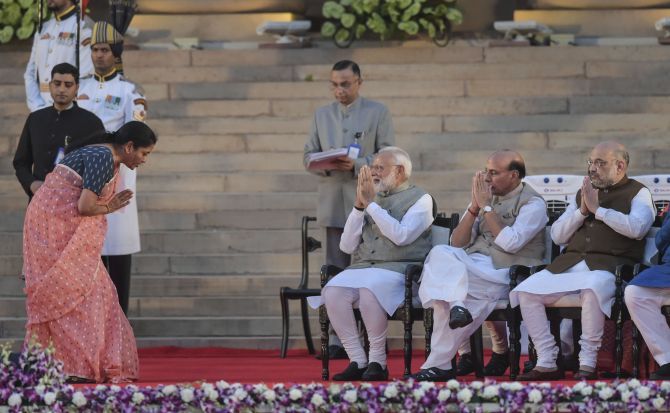 A few things happened this week that may have surprised people who were under the impression that India was doing very well economically.

But apparently things are in crisis mode and the chairman of NITI Aayog said the problems India was facing in 2019 were unprecedented.

The availability of money to do business was at its lowest in 70 years. This was because of a lack of trust in the system.

India’s GDP growth has fallen to below 6% in the first quarter and expected to fall further in the second. The finance minister then announced measures rolling back or reversing decisions taken just months earlier.

For example a tax on investors introduced in this budget was withdrawn, a new law punishing companies for not being socially responsible was removed, a recent tax on start-up companies (which was previously softened through procedure) was totally scrapped.

Further, business leaders were assured that the firm action from tax authorities would be softened and they would not face undue harassment.

These are of course words and we can add them to other words that all governments speak and have spoken. It appears that these decisions have been mistakenly taken and have caused damage; it remains to be seen if withdrawing them contributes to ending the crisis.

We can see such leadership in actions like the present crisis in Jammu and Kashmir, the military actions across the border, demonetisation among others.

So what is a decisive and strong leadership? It is the ability to do things that others in the same position hesitate to do. It is making a choice when the outcomes on either side are unclear.

That is the meaning of decisiveness. Our understanding of why something is decided by a strong leader must accommodate why it was left undecided or decided differently by someone else.

When we examine it from this point of view, a strong and decisive leadership then tends to lose some of its appeal. What at first appears to be strength and determination then comes across as little recklessness. And what was painted as softness and indecisiveness can then be viewed as caution.

Decisions are good when the outcomes are understood and there is a calculation on the degrees of fallout. What I mean to say is that when we are faced with a choice, we do not always know what will happen when we choose option A over option B.

This is more complex and, particularly on issues like war and the economy, not easy to grasp.

In such situations, being decisive is not an asset. The dictionary tells us that decisiveness is someone ‘showing the ability to take decisions quickly and firmly.’

Firmly, in this case, it means overruling the objections or concerns of those whose counsel is caution.

To my mind neither of these things is an asset and I don’t think leaders should have them. Decisive leaders, especially powerful ones, usually find themselves surrounded by people who will not oppose them.

This is because those who are cautious and of a different view will not find satisfaction serving an individual so different from them, producing results they do not agree with.

On the other hand those who are like minded will have no cause to disagree. It is the cautious leader, who weighs everything and reflects on it, who is more likely to get advisors who will present the opposing view forcefully because they know they are engaging in an intellectual exercise where they will be heard.

Decisiveness is a condition that is produced primarily by individuals who have great certitude. This means those people who operate primarily on the basis of passions, belief and faith rather than the intellect.

They feel strongly about something at a deep level and find it difficult to see the other point of view.

From this understanding of what decisive leadership is, we should then re-examine the things that our current dispensation has been engaging in.

And then we should have a look at the decisive direction taken by the finance ministry. Of course when the corporate sector is involved, it becomes easier for the mistakes to be acknowledged publicly and reversed, as has been done here.

But understand that the blunders caused by decisiveness that exist in other parts of the polity and continue to damage us. 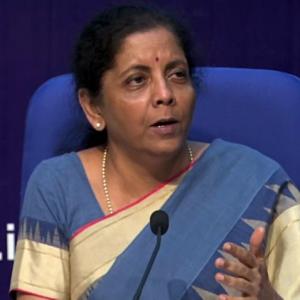