Bangladeshis are unwilling to give up peace and growing incomes for the chaos witnessed during the BNP-led four-party alliance rule, says Anand Kumar. This time, she won an overwhelming majority in parliament with the Opposition nearly wiped out. This result has been unprecedented in a country where the two major political parties, the Awami League and the Bangladesh Nationalist Party, alternated in power in the past.

This new pattern suggests that the Opposition in Bangladesh needs to put its houses in order and reinvent its politics if it wants to remain relevant as the old politics of extremism and chaos has been rejected by the people.

The Opposition, instead of taking lessons from the defeat, has denounced the December election as farcical and demanded from Bangladesh's election commission a fresh election under a neutral interim government created with the consultation of all political parties.

The Opposition had fought the election under the banner of the Jatiya Oikya Front (National Unity Front), a conglomeration of 19 political parties.

Opposition leaders alleged that there was no level playing field and the Opposition was in a disadvantageous position.

Begum Khaleda Zia, the Opposition's main campaigner, has been in prison on a corruption charge since February 2018. Her son Tariq Rahman is a fugitive from the law, living in London.

Unlike the Awami League, the BNP has never been a mass-based party. It has always been a party of retired army officers, bureaucrats and other Bangladeshi elite.

The BNP boycotted the last election in January 2014. Its decision gave the Awami League a walkover, a decision which BNP leaders later regretted.

As a result of being in power for last 10 years the Awami League has increased its mass base tremendously. On the other hand, the BNP fell into disarray as both its top leaders, Begum Zia and Tariq Rahman, faced problems from the law.

Though Begum Khaleda Zia is the BNP leader, Tariq Rahman, before fleeing to London, led organisational work within the party.

Despite Rahman's absence from the scene, on the eve of the January 2014 election, the BNP organised a number of street protests in which nearly 150 people were killed.

Another major force in the Opposition camp is the Jamaat-e-Islami. The Jamaat wielded real street power which came in handy for the BNP. A cadre-based party, the Jamaat became very powerful when it was part of the BNP-led ruling coalition. In fact, there was a major resurgence of extremism in Bangladesh during this period.

As Bangladesh gained notoriety for extremist violence, the BNP's response was to deny it. A number of BNP leaders were allegedly in cahoots with extremist organisations like the HUJI whose chief Mufti Hannan openly claimed that he had the protection of a top BNP leader.

The BNP's alliance with the extremists upset many Bangladeshis who have now rewarded the Awami League government for lifting the spectre of religious extremism from their country.

Under the war crime trials, a number of senior Jamaat leaders were executed and the party was banned.

Sheikh Hasina's crackdown against extremist and terrorist elements has been quite successful. This not only controlled religious extremism in the country, but also affected the electoral fortunes of the BNP-led alliance.

The most important achievement of the Sheikh Hasina regime has been the economic miracle that Bangladesh has seen. Bangladesh has been growing at over 7%. This has tripled incomes, exports have soared and the country is doing well on every human development indicator measure.

Hasina has promised to raise the minimum wages of garment industry workers. Bangladesh's garment industry is the country's most important industry and the second largest in the world after China. It earns 83% of export revenues.

It is hardly surprising then that Bangladeshis were unwilling to give up peace and growing incomes for the chaos they witnessed during the BNP-led four-party alliance rule.

This is a time for Bangladesh's Opposition alliance to introspect and give up the negative and extremist politics of the past which Bangladeshis have rejected.

The people have voted for Bangladesh remaining a secular, peaceful, nation moving towards becoming a middle income country in the near future.

Anand Kumar is Associate Fellow at the Institute for Defence Studies and Analyses, New Delhi. 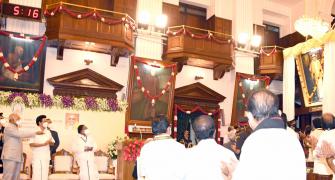 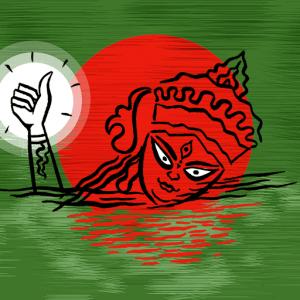