Alas, Petta is not Rajini's ticket to politics

Rajinikanth is yet to identify a filmi platform to be able to launch his political career from the celluloid platform as only MGR had done, successfully and in the pre-IT era, says N Sathiya Moorthy. 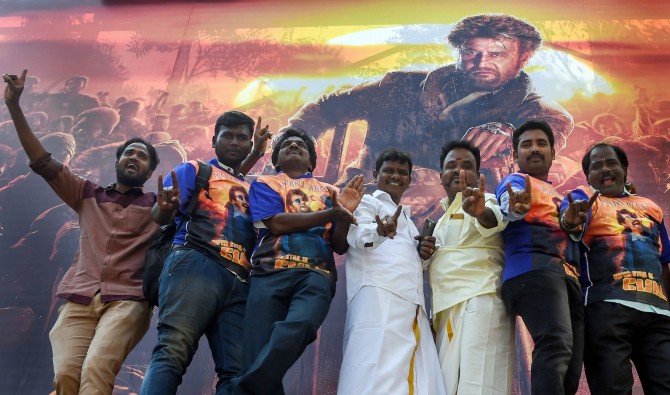 IMAGE: Rajnikanth fans celebrate the release of his film Petta at a theatre in Chennai, on January 10, 2019. Photograph: R Senthil Kumar / PTI Photo

Despite the huge fan appeal of his Pongal offering Petta, it is becoming increasingly clear that Tamil cinema’s superstar has to look elsewhere for a cue to launch his political career.

He has got the face recognition that every new politician struggles to establish, thanks to the film medium, but that is all there is to it as three successive movie releases of his have shown since announcing his decision to enter electoral politics over a year ago.

An avowed fan of Rajini, as he has readily and repeatedly confessed, film-maker Karthik Subbaraj has given the superstar’s fans what he had enjoyed in the actor all through his growing up years, and what was also missing in his recent celluloid offerings. But there is nothing in Petta again for the common man for him to identify with a politician-in-the-making for considering him as chief minister material.

For the film-maker himself, it would have been a new experience, he having given such super hits as Pizza and Jigirthanda, both in 2014. Even his lesser-known offerings like Iraivi (2016) and Mercury (2018) were identifiable with his packaging, which was fresh and different from commercial cinema.

When he made the story for Rajini and wielded the megaphone for the superstar, he remained a fan, not a GenNext film-maker and story-teller as over the previous years. Hence, he could not but repeat the unmistakable ‘repeats’ of the Baasha kind, either.

The fact that Rajini was identified with a Muslim friend, and for whose death he avenges the villain in the last scene, was part of the storyline in Baasha. It is more so in Petta, where such a line is seen as repetitive and also a political message, as if the superstar wants to create a ‘Muslim constituency’ for himself. Already, his Kabali (2016) and Kaala (2018) suffered also because of such forced messaging, where the protagonist was identified with the Dalit community with a forced inclusion of Islamic symbols like the skull cap and the rest.

That is also because from concept to storyline to characterisation, lighting, colour effects and even background score to an extent remind the viewer of Rajini’s yesteryear blockbuster, Baasha (1995). Wherever Baasha is missing, some other Rajini film comes to the mind, if the viewer belongs to the ‘Rajini fan generation’ of the ’80s and ’90s.

That’s also Petta’s undoing as a political launch vehicle for the superstar. It is all about personal vengeance, as it was from the Baasha days, and nothing to do with societal good, which made a moderate actor like the late M G Ramachandran, or MGR, a greater superstar in his time, and an even more successful politician.

In Rajini’s time and from his successor generation of actors, the likes of Vijay too has been spinning their filmi tales around onscreen action, punchlines and at times vengeance, but they are made meaty by introducing an element of larger good. Be it Vijay’s Thuppakki (2012) or the more recent offering Sarkar (2018), they were commercial successes woven around the theme of terrorism and electoral reforms, respectively.

Some fans even used the Sarkar story to claim that Vijay too was to launch himself into big-time electoral politics, a la Vijayakanth before him, and superstars in Rajini and Kamalahassan alongside. The fact remains that for the weekend box-office generation, Vijay’s Sarkar remains the biggest opening compared to Rajini’s Petta and Ajith’s Viswasam, which also was released on the same day.

Local media reports also claim that Viswasam has done better business inside the country, especially native Tamil Nadu, than Petta, which has become yet another big hit in overseas markets. It may also owe to the fact that an Ajith-starrer was hitting the screens after a year or so while Petta is the super-star’s third film in less than a year -- a record of sorts, compared to Rajini staggering his new releases as far apart as two to three years. Close releases have caused ‘fan fatigue’, which are reflected in gate collections, it is surmised.

The even more visible runner-up status of Petta vis-à-vis Viswasam in local cinemas across Tamil Nadu is in the number of flex-boards and cut-outs put up by fans for their respective stars in the entire locality and beyond. Unlike believed by some, fans do not get paid or reimbursed by the actors or the film producers, or distributors, or cinema-owners.

Time used to be when the latter two would come together to give away tickets at concessional rates for the fans, on the opening day, and possibly the opening show. Given the high-cost film production and the unpredictability of box-office success, the distributor and exhibitor are at a loss in this era of opening-day box-office collections, to give away tickets for free or even at a concessional rate.

This apart, three films in a row -- Kaala and 2.0 in 2018 and Petta in the New Year -- has meant that Rajini fans have little spare money in their pockets to put up those huge cut-outs and flex banners, unlike Ajith’s fans who were doing it after a fairly decent gap. The last of Ajith’s film, Vivegam, was released in 2017 and was only a moderate success, if at all.

Kamalahassan is doing precisely that, but not with great success, as yet. After having declared that he would do a couple of movies, and naming them, Kamal has since declared that he would not do movies anymore and focus fully on his politics. The political party that he had launched, Makkal Needhi Maiiyam (People’s Justice Centre) may read more like the name of an NGO, but then his fans-turned-followers too are equally unclear and unsure about the actor’s next move, on both fronts.

Elections 2019 for the Lok Sabha, or even elections 2021 to the Tamil Nadu assembly, is not going to be anything like the polls of the 20th century. The voter-generation was ready to try out a star-politician as they had only MGR’s electoral imagery as the eternal do-gooder in mind. Not anymore, as the short-lived success story of Vijayakanth has proved, since.

Having launched Desiya Murpokku Dravida Kazhagam ahead of the assembly polls of 2006 and recording a respectable eight per cent vote-share at the time, followed by a higher 11 per cent in the Lok Sabha elections of 2009, Vijayakanth lacked the staying power of MGR and the electoral machinery of the latter’s AIADMK, which his co-star Jayalalithaa inherited and built upon, all because she was ‘identified’ by her mentor.

Not so in the case of Vijayakanth, Kamalahassan or Rajinikanth, who have entered politics or have promised to do so in the case of the last one, near-exclusively on the filmi image that too now remains in the past. They do not have anything societal about their filmi messages -- and in personal life, even more, to be able to inspire not only fans but also the larger voter-generation, which is what politics and elections are all about. 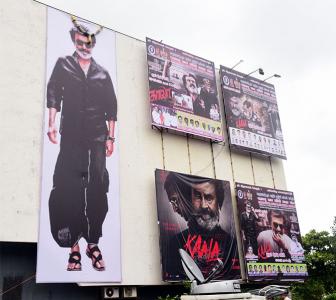 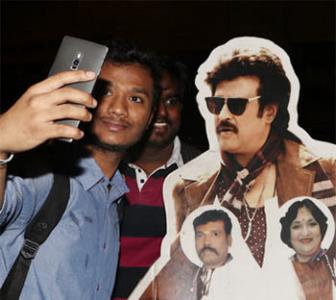 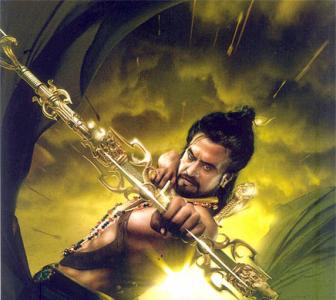 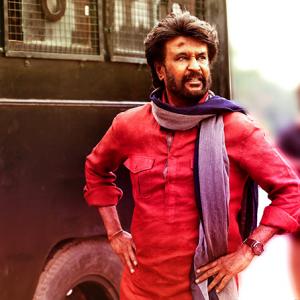 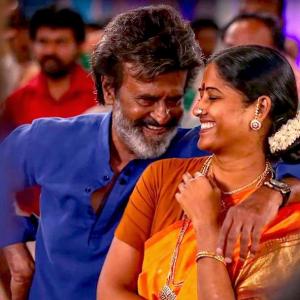