News
Business
Movies
Sports
Cricket
Get Ahead
Money Tips
Shopping
Sign in  |  Create a Rediffmail account
Rediff.com  » Movies » Want to be a star? Tips from Tiger

Four years and four movies later, Tiger Shroff has already made a name for himself among Bollywood's foremost action heroes.

With Akshay Kumar concentrating on socially conscious cinema and Hrithik Roshan dabbling in various other genres, it is Tiger's light-footed daredevilry in the classic star mould that's keeping the action alive and kicking.

Add to that a deadly physique and nimble dance moves and Jackie Shroff's son is simply unstoppable.

Sukanya Verma has cracked Tiger's success mantra. You can too.

The first commandment of action hero rulebook -- no six-pack, no stardom.

Who better than the Fist of Fury legend to inspire in the art of kung fu and kapow?

Who better than the King of Pop to learn from? Isn't that right, Munna Michael?

Always helps to have a local favourite, even better if he's a killer combination of action and dance.

Dazzle with your invincibility. Shake a leg. Break a leg.

Walk over your enemies

And preferably in slow motion.

Wear and tear is a part-and-parcel of action hero attire.

Instead of feeling bad when trolls think you resemble Kareena Kapoor, acknowledge it like a compliment.

Tiger Shroff has a superpower -- Elasticity.

It's clear when he fights.

It's glaring when he dances.

One thing's for sure. Tiger Shroff will never be cast in Newton or its sequels.

No pain, no gain, doesn't matter if you're called Tiger or Puss-in-Boots.

But only if absolutely necessary.

Never a dull moment around this human spinning top. 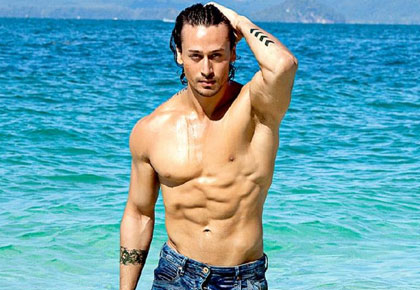 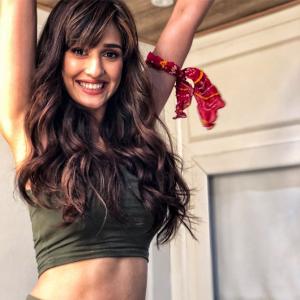