Despite all its drawbacks, I was engrossed in Toofaan and the intensity Rakeysh Omprakash Mehra imbues it with for most part, observes Sukanya Verma. The world is his ring and everyone a punching bag. But when life lands its hard knocks on a ruffian turned boxer-turned-average Joe, he must make a choice between resigning to fate or rising to the challenge.

There's always a choice, imparts his wise muse, which forms the core of Toofaan's emotional journey from playing for respect before the one he loves to paying respects to the one he loves.

Toofaan's sentiment would resonate a lot better if the film wasn't so banal in its optimism or objections.

Rakeysh Omprakash Mehra's underdog sports drama-meet-love in the time of bigotry, a theme masterfully explored in Anurag Kashyap's Mukkabaaz, follows a formulaic approach in blending its athleticism and social conflicts.

Working on a script and screenplay by Anjum Rajabali (additional inputs by Vijay Maurya), Toofaan wants to do right by the marginalised but walks on such a tediously familiar turf, I just kept waiting for it to live up to its promise.

Instead, there's a barrage of stereotypes evoking vintage Bollywood masalas -- a scruffy thug (Farhan Akhtar) doting on fellow orphans in the tradition of Robin Hood, a sidekick (Hussain Dalal) solely existing to cheer or chide our indomitable hero, a meet cute involving a no-nonsense doctor (Mrunal Thakur) attending to his wounds, a sympathetic middle-aged nurse (Supriya Pathak), a gangster father-figure (Vijay Raaz) he's indebted to for rescuing him from the trash and a grouchy old coach (Paresh Rawal) whose 'no' will inevitably change into a 'yes'.;

Dongri boy Aziz Ali aka Ajju Bhai (Akhtar) is a resident rowdy squandering the rhythmic quality of his fists to extort hafta for a local crime boss.

But a dazzling trip into the world of boxing sparks something inside Aziz.

Guided by Ananya, the friendly doctor he is crushing on (Thakur) and boxing coach Nana Prabhu (Rawal) and unbeknownst to him, her dogged father, Gully Ali (there's even a rap thrown in by Dub Sharma) slips into adrenalin-pumping mode complete with Shankar-Ehsaan-Loy's thumping score and Jay Oza's sleek training montages.

While glorious to behold, Aziz's moment of triumph is unrealistically stress-free.

Toofaan is keener on his obstacles outside the ring.

Aziz and Ananya may not care about their interfaith romance but her Jai Hanuman-chanting father's thinly-veiled Islamophobia rears its ugly head as soon as he finds out about their relationship.

For all his moral high ground that his love for the game overpowers, his prejudice while engaging in a liberal versus bigot debate with his best friend (the judicious Mohan Agashe), Nana is committed to the ideology of hate. Having lost his wife in a bomb blast has seemingly strengthened his unease around a specific community.

It's only when Toofaan glances into his ugly biases and the difficulties of cohabiting for Aziz-Ananya, prevalent since the days of Mani Ratnam's Bombay, things get mildly interesting.

Just as Mehra is establishing the unsettling nature of the Hindu-Muslim divide on an intimate level, Toofaan gets distracted by its boxing obligations and drifts into a Sultan-like comeback mode. Mehra also appears in a few scenes at this point.

Now I am as happy as the next guy to watch more of Farhan's rippling torso and extensive work out against master motivators Shankar-Ehsaan-Loy's sweeping soundtrack. But it's completely unnatural how Toofaan tosses in spiteful villains, ferocious opponents and scornful detractors in its third act to highlight extra thorns in his fast burgeoning martyr crown.

What's most disappointing is the manner of reconciliation, which suggests the only way for coexistence is the minority's allegiance towards the majority's faith.

Between its sudden bout of bhajas and a cheesy sequence of prayers asserting an Amar Akbar Anthony brand of secularism, Toofaan's muddled politics is all that comes to fore.

Despite all these drawbacks, I was engrossed in Toofaan and the intensity Mehra imbues it with for most part.

It doesn't break new ground in the underdog narrative and ticks all the boxes, but the commitment of its cast makes it impossible to dismiss what unfolds.

Farhan Akhtar has an engineer-like precision to his portrayals and their physicality. As Ali, he is fit, robust and all there. But he is also anxious and eager, which makes him a perennially compelling presence.

If Farhan is Toofaan, Mrunal is like the breeze.

Playful and pleasant, all her scenes are my favourite part of the movie, which magically elevates in her spirited air.

Although there's nearly a two-decade age difference between Farhan and her, the poise and strength she exudes makes it easy to believe she is capable of causing life changes in anyone.

And there's Paresh Rawal sounding shockingly authentic mouthing lines closer to his personal political beliefs. He says the most profound things about boxing and deplorable things about people showing a man at his best and worst. He finds a balance between his art and his politics. 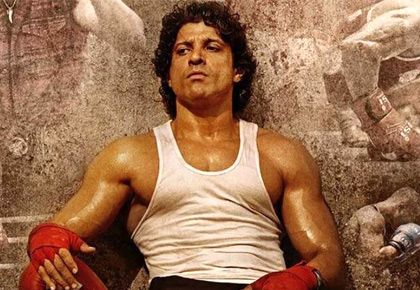 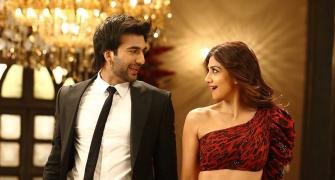 When These Ladies Won Our Hearts AGAIN! 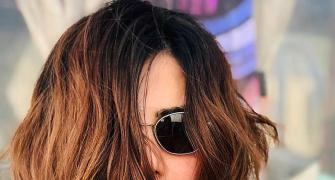 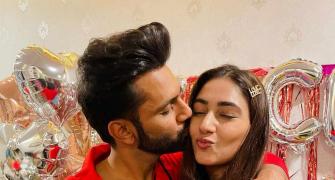 'I am very excited about my wedding' 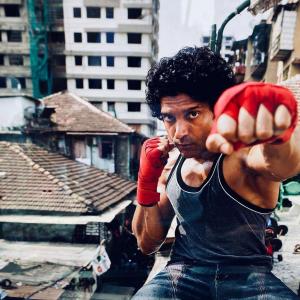 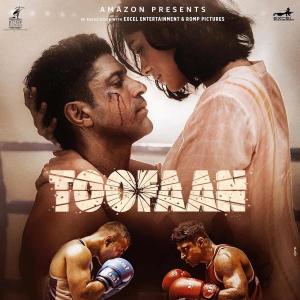