Review: BA Pass is an impressively dark and sexy film 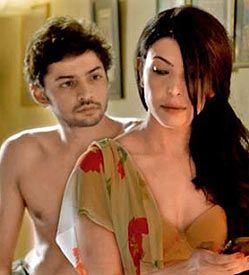 I love the word Taut.

One of the finest words to describe films about crime, it’s a delicious word, evoking images of a tightrope yanked to within inches of breaking point, a tensed muscle coiled for action, a narrative stretched like cling-film.

Unfortunately, it is a word we Indian critics get to use less, since far too many of our films (our thrillers, especially) meander on -- choosing to hem and haw and sing instead of getting to the point -- and their gravy is scarcely as enjoyable as the meat of the plot.

BA Pass, directed (and shot) by first-timer Ajay Bahl, severs expectations with the cold relentlessness of a fastidious serial killer.

Weighing in at ninety minutes, the film is a riveting chunk of solid noir that stays compelling, grounded and hard to look away from. It is a morbidly fascinating tale -- of sex and secrets and sinister chess-moves -- and turns up a mostly impressive one. And yes, it’s wonderfully taut.

Based on a story called The Railway Aunty by New York-based writer Mohan Sikka, BA Pass introduces us to its protagonist Mukesh at his parents’ funeral.

Freshly out of school, the boy is yanked away to a reluctant relative’s house in Delhi. In college he doesn’t have the grades to study any one subject, so deals with that bare-minimum melange -- that khichdi -- of a degree, a BA Pass course. It’s a humdrum and humiliating life Mukesh finds himself in, until Sarika Aunty calls him over to pick up a crate of apples.

We’ve seen it before, certainly. The predatory housewife feasting on the bones of a young, willing man who doesn’t know better.

But Bahl’s treatment is solid, his setting believable, his narrative unflinching and his actors uniformly impressive. This makes for a sexy, scary time at the movies and there aren’t many things better than that.

Shadab Kamal plays the pliant young Mukesh credibly enough. This is not a role that requires charisma, and Kamal brings a wide-eyed slack-jawed naïveté to the part that, even if sometimes exaggerated, gets the job done. As said, the film has solid actors throughout, from the infallible Rajesh Sharma as a gruff, angry husband to Dibyendu Chatterjee playing a Karpov-worshipping

Special praise must head toward the lady playing Mukesh’s bua (his father’s sister) Geeta Sharma, who is rather excellent.

The meatiest role, however, is that of the Aunty herself, and Shilpa Shukla -- who we all remember as the girl who unzipped her jacket for Shah Rukh Khan in Chak De! India -- gets her teeth into it well, and stays formidably inscrutable through the film.

She creates not just a character with an unashamedly carnivorous sexual appetite (moments after telling the boy not to call her Aunty, she stands up and matter-of-factly undoes the drawstring on her pyjamas) but also an oddly cold character. She affects a hard face through the film with even her smiles seeming bitter and distant, except when she’s being struck: now that pain seems to bring out a macabre, masochistic joy within her.

Bahl has shot the film himself, and he has laudably eschewed the spectacular for the service of the story.

It’s well shot but markedly chooses not to show off, and some frames -- like one where Mukesh is travelling on a Delhi Metro over a bridge at night -- are quite lovely. But yes, applause for the lack of indulgence.

The dialogues aren’t quotable because they choose instead to be believable. One line spoken by the bua, though, stands out for me. “Haath mooh dho le, banda ban ja,” she tells the nephew (“Go and wash up, be a man”) and it is that intriguing phrasing (it sounds more like ‘become a man’ than ‘be a man’ in Hindi) that makes us smile.

And his quest to ‘become a man’ that wipes our smile forcibly away.

The film works as a slow-burn, inescapable but constant and searing, and one that escalates to a high-flame only in the final act which tries, perhaps inevitably, to do a few too many things. In its quest to end with a bang, BA Pass becomes a suddenly stylized rush where plot and thought collide -- and collision isn’t crescendo, it is what drowns out crescendo.

One of my favourite moments in the film comes when Rajesh Sharma, as the fearsome husband, is rendered powerless (and, indeed, speechless) by the sight and the proximity of bonafide violence, of genuine peril. As an audience, we are as well.

BA Pass, for the most part as taut as piano wire, feels like a chokehold. And that’s a very good thing. 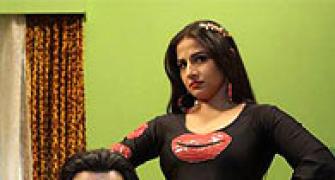 Review: Ghanchakkar ends up forgetting what it's about 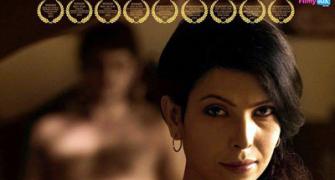 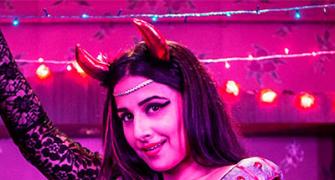 'Stars don't guarantee the success of any film' 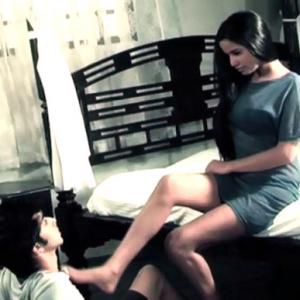 When men dated OLDER women in the movies 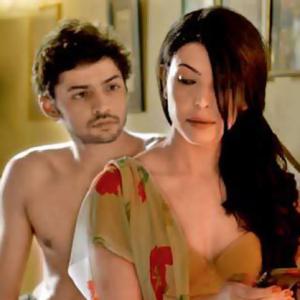 'Doing lovemaking scenes was NOT difficult'