Chup: Revenge of the Artist Review

Critics of Hindi cinema are a disparate, colourful, bunch that evoke much derision and tut-tut among its own tribe, but Chup's distant understanding of their influence and idiosyncrasies fails to give the loathing any real impact, notes Rediff.com Principal Movie Critic Sukanya Verma. A film-maker's perspective of their work, understandably possessive and personal, and a critic's verdict, arising from individual experiences and response is seldom in sync.

Many labours of love have received a thumbs down from the critics.

Though when the latter enjoys a film, exuberant praise follows and the critic becomes an unlikely champion for a voice that needs to reach out to all and sundry.

But the war between creators, critics, credibility and cinephile egos goes deeper than that. This complicated relationship between defensive film-makers and defiant film critics finds a satirical vent in R Balki's Chup: Revenge of the Artist.

What if angry, wishful thinking and metaphoric violence within an unfavourably judged artist manifested into a serial killer premise?

Quite like the Vincent Price-led British black comedy, Theatre of Blood, where a bitter Shakespearean actor goes on a murderous spree after he is slammed by a bunch of uppity critics.

Balki's love for novel ideas -- the May-December romance in Cheeni Kum, old-looking kid of young-looking parents in Paa, failed actor lending voice to mute actor in Shamitabh, house husband and working wife equation in Ki & Ka -- is a brand he continues to build on with his latest.

There's an air of experiment to Chup, which does well in rustling nervous energy around the deaths of a largely unwelcome, peripheral community.

But Balki's random and lacklustre depiction of movie reviewers limits an ingenious gimmick to just that. Co-written by Rishi Virmani and film critic Raja Sen whose cruellest reviews are a distinction in itself, Chup would benefit more from the eloquence of Sen's sting than the indulgences of its writer-director.

Even if one plays along the pretentious nature of its romantic moments sponging off his iconic melodies, it's rather reductive how the actor-film-maker's legacy is seen purely through the prism of failure and melancholy.

Alternating between a police procedural headed by a gruff cop (Sunny Deol) and impassioned psychologist (Pooja Bhatt) and a series of meet-cutes between a charismatic florist (Dulquer Salmaan) and earnest journalist (Shreya Dhanwanthary), Chup begins on a grisly note as critic after critic is slaughtered by a self-appointed vigilante of quality cinema.

Picking on the contempt in their reviews, the demented killer executes his prey verbatim and carves stars on their forehead as a wickedly ironical final word.

The identity of the murderer is quite obvious from the beginning.

What is surprising is Chup's tame depiction of his hate targets in nondescript portrayals dominated by obese, middle-aged, men.

Critics of Hindi cinema are a disparate, colourful, bunch that evoke much derision and tut-tut among its own tribe, but Chup's distant understanding of their influence and idiosyncrasies fails to give the loathing any real impact.

Like that terribly pedestrian scene where tempers flare up and producers and critics quarrel like disagreeing members of a cooperative housing society meeting.

Lopsided as it may be, Chup is fascinating even when it is frustrating.

It is admirably unflinching in laying all the blame on the prejudiced critic.

But when the opportunity to show the extent of its deadly darkness arrives, bringing Baazigar's coldest moment to mind, Chup stops at teasing.

Who knows if deep down it too believes, 'yahan Scorsese nahi Shetty chalta hai' as the climax advances into a far-fetched mess.

At this point, the until-now subdued Sunny Deol is back to his Ghayal-era growls and cussing.

Looking undeniably sharp in his salt and pepper, flat top haircut, Deol conducts the investigation in the manner of a surly, sleepy, lion.

Whatever scope for banter the entry of his Angrakshak co-star Pooja Bhatt offers is sadly never explored. Her innate intelligence is a natural fit for the part. Even though she's mostly spewing hokum, we buy every bit of it.

What's difficult to digest is Dulquer Salmaan and Shreya Dhanwanthary complaining about Mumbai's 'mehangai' while shopping for haldi at an upscale gourmet store.

Their romance is flushed in fantasy, which is alright since both seem like lonely souls in search of love.

Whether Shreya's 'Woody Allen is Innocent' endorsement is more telling of her politics or poor judgement of character, it works completely in the context of her wide-eyed persona. Wish the high-spirited equation between her and her blind mum (a plucky Saranya Ponvannan) was better fleshed out.

Falling for the florist doesn't seem too unreasonable when the man selling exotic tulips for free is a suave Dulquer Salmaan.

The actor's talent flies high all through a complex journey, which stuns and silences over the course of unabashed symbolism and feverish impulses.

Chup's bias is reserved for disgruntled creators at the receiving end of nasty appraisals of their efforts.

Though it ropes in Amitabh Bachchan (for a customary R Balki cameo) to assert criticism is the key to social progress, its sympathy for the artist, ultimately, absolves all mediocrity when the critic-hating protagonist schools his detractors on ethics of reviewing and virtues of Mongolian cinema.

Balki has the framework for a terrific argument if only it wasn't so oblivious to publications and their politics, controlling the narrative and a thriving star rating system -- one that the film industry equally enables across triumphant posters when the odds are in their favour.

Attributing violent vendetta to psychological imbalance is an easy crutch to fall on when makers are reluctant to debate righteous anger over difference of opinion. 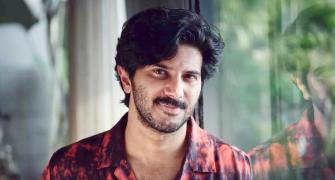 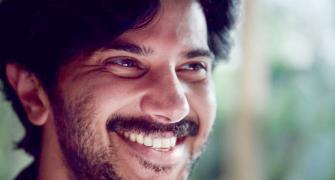 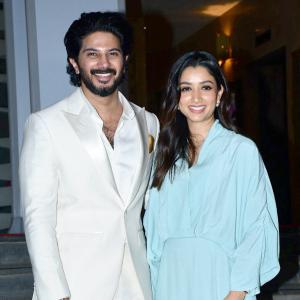