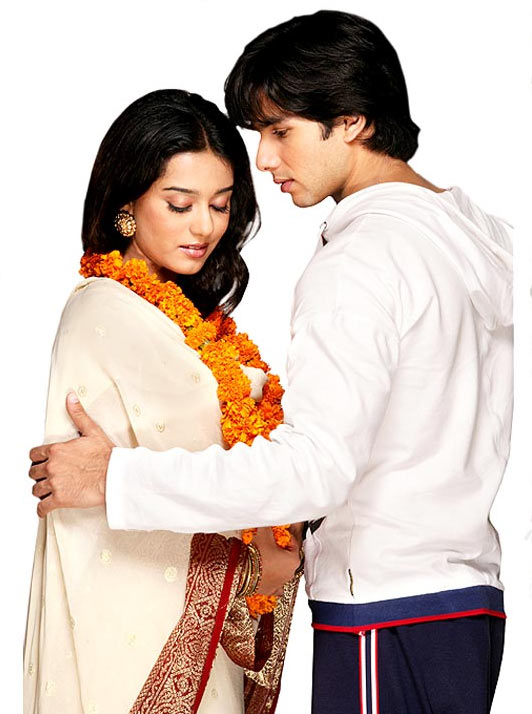 In the third of a special series, we look at his most cruel movie reviews!

Grand disappointments, films lacking in ambition, star-kid launches, poor remakes, regressive tripe, fundamentally flawed… The badly acted, badly written, badly conceived and bad-for-eardrums haveall been assaulted over the years, and most of my readers tell me I'm most memorable when vicious.

Here are ten chokeslams, ten reviews that didn't hold back too much. (Or at least they're ten I remember.)

As far as I can remember, my first ever zero-stars review went to Sooraj Barjatya's Vivah, a film so slow and dated it would make television soaps look progressive.

It was also a review of certain infamy, I recall, because it contained the much-misconstrued line "Amrita Rao plays a cow."

A hit it may have been, but this was a truly loathsome film.

"There is precious little to be said for the story. Shahid Kapoor and Amrita Rao, an engaged couple almost wholly unacquainted with each other, have fallen in love -- the coldest, least passionate love you've seen in a while, by the way and there is much rejoicing among their families as the wedding nears, except she's Cinderella. An orphan raised by her aunt and uncle, suddenly Amrita finds herself on the receiving end of hostility -- largely because her wedding dress costs too much."

"The background score hammers cliche as tension takes over the narrative. With typically Barjatya style, people roll down staircases, Mohnish Bahl pops up (as a truly mean doctor), and the 'moments' are subtle enough to knock you into a snore. And while the lead pair can't act, the dialogue hurts even more than they do." 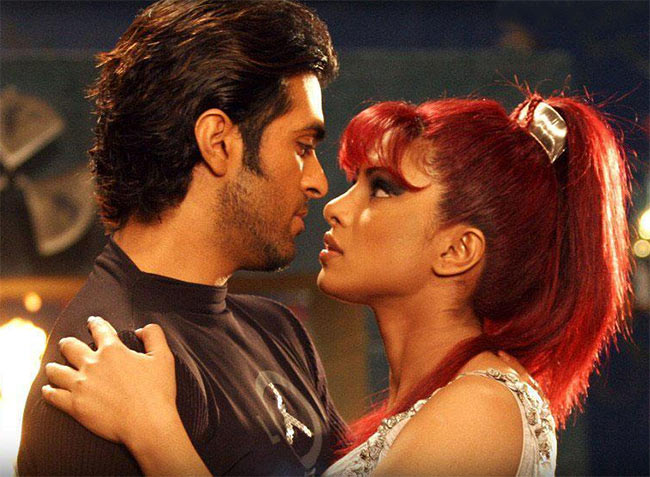 "Boy, trying to tell Girl that her life is boring, likens it to a hot dog. Yes indeed. And instead of saying it lacks relish or mustard, he says -- hold your breath and believe me, this is a literal translation -- 'your life is like a hot dog without a sausage."

"Now, if that's a bit of subversion from a disgruntled scriptwriter, nicely done. Albeit inadvertent, that line is one of the two high points of this ridiculous movie -- the other point being a deftly ingenuous fight-dodge sequence up, down and across a stairway. That's it, and if neither of these unspectacular slices of celluloid have you thrilled, forget this film. There's nothing else on offer." 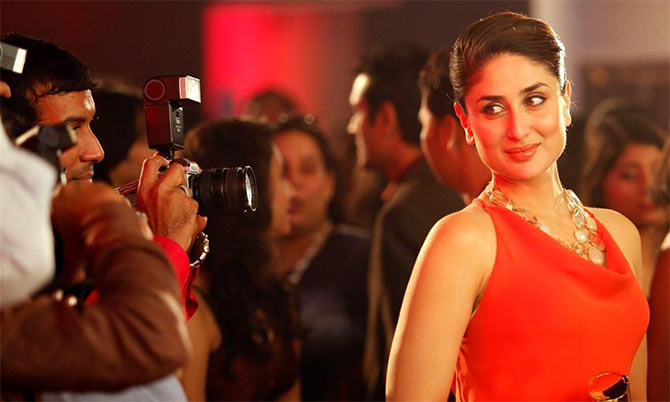 Serial stereotypist and self-proclaimed "serious filmmaker" Madhur Bhandarkar is responsible for many an execrable film, but Heroine -- where he ran Kareena Kapoor through his cliche-grinder — may be his most dimwitted production yet.

"It isn't hard to picture just how Madhur Bhandarkar pitched this film to Kareena Kapoor, India's highest paid actress. (I naturally assume a script wasn't involved.) 'Kareenaji,' I speculate the director would have said, 'this film will make you Meryl Strip.'"

"'Yes, same only, just with more skin show. So we can show off not just how good an actress you are but also how tiptop your body is. We'll make you do everything, from playing insecure to bipolar to 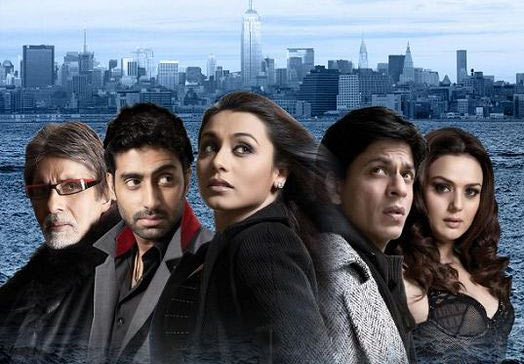 Karan Johar’s take on infidelity tried to be a modern day Silsila, an ambition that may have been lauded had it not also tried to be Masti. Simultaneously. Hence we have black-clad kidnappers, bling-clad dads, lame protagonists and -- amid an unending stream of tears -- many a sillyloquy.

“Karan Johar, God bless his soul, has never been about meaning. He has manufactured dreams in wonderful abundance, right from the frothy Kuch Kuch Hota Hai straight out of Archie comics, to Kal Ho Naa Ho, a rom-com Julia Roberts wouldn't have looked out of place in. Johar's films are bright and cheery, all merriness and overdone cliches as wholesome as besan ka ladoo. Indulgently, a nicely-packaged treat, never mind the extra desi ghee.”

“Tragically, Johar too seems struck by the 'Substance Syndrome', something that usually affects item girls. Not content to merely shake their booty in our glad faces, the well-built lasses suddenly bring out the dupattas and nurse deluded dreams of acting talent, resulting in much audience grief.” 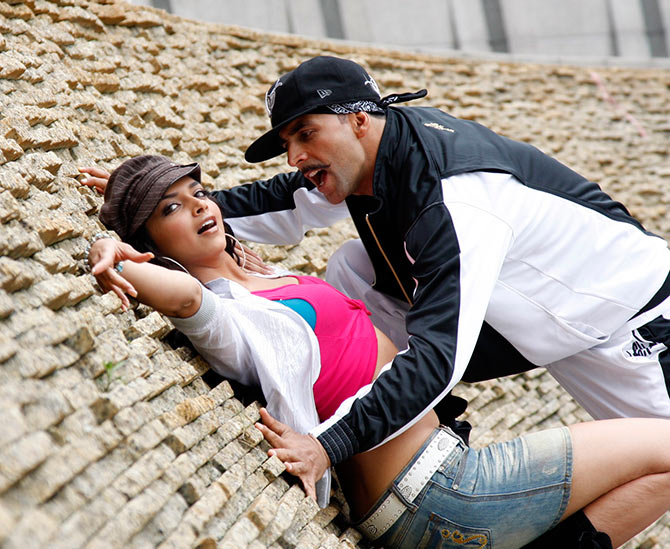 The very worst Akshay Kumar film of all time, with Deepika Padukone (Deepika 1.0, that is, before she became amazing) at her lowest-ever ebb, Chandni Chowk To China is one of the most moronic films you’re lucky to have skipped.

“Sample, if you will, this early contender for the year's most bizarre dialogue: Kumar has been trained in Kung Fu, his arms turned into lethal weapons using something called the Iron Forearm technique. Soon he's folding Deepika Padukone into these aforementioned steely arms, and saying [I translate, roughly] 'I have Iron Forearms. Soon I'll have Iron Legs, an Iron Chest, Iron Stomach,' he pauses to look down pointedly, 'and an Iron...' Here he trails off as the girl coyly covers his mouth, saying 'Enough' with a smile.”

“‘Don't stop me now,' retorts he, 'My entire body is now made of iron.' She smiles, flutters eyelids, and breathily says, 'Oh, mere Iron Man.’”

“Nope, not kidding. And Iron Man creator Stan Lee isn't the only Lee this constantly underwhelming film would disappoint.” 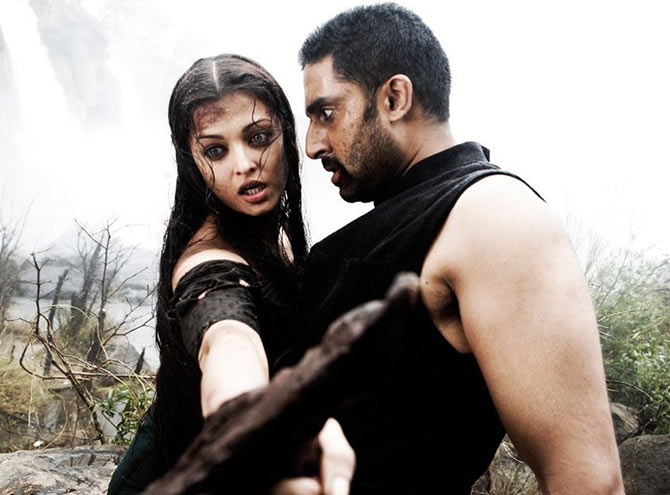 Mani Ratnam’s profoundly disappointing Raavan set us up with grand expectations and delivered a visually stunning but cinematically puzzling film, a boring, poorly-conceived effort that could well be called an epic failure.

“Ratnam's latest takes a big chunk of larger-than-life Indian mythology, sloppily swaps antagonist with protagonist, and ends up giving an earnest Bachchan far too much scenery to chew in far too much spotlight. Oh yeah, this new Raavan is clearly Mani Ratnam Ki Aag.”

“Not that Raavan, starring ace cinematographer Santosh Sivan, is bad to look at. Not at all, and there are some frames that positively glisten. It's just ill-conceived, amateurishly adapted, and often too lamentably literal in its desperate attempts to reference the epic, trying recklessly but daftly to be contrary for the heck of it.”

“It's one thing to mask familiar characters with grimy grey, evoking empathy for the villain and giving the hero some flawed ambiguity, but here Ratnam falls prey to sensationalism and turns Raavan into a schizophrenic Robin Hood, and Ram into a bloodthirsty, consistently amoral cop. The result is painfully one-dimensional, a revenge story devoid of meat, conflict or, really, surprise.” 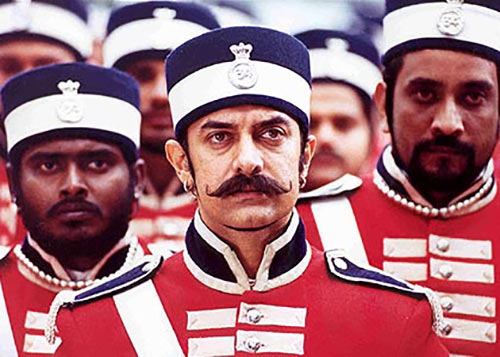 Veteran director Ketan Mehta’s take on the famous sepoy who set off the Revolt of 1857 was a loud, overblown, unwatchable effort -- made all the more unbearable by dint of being Aamir Khan’s comeback film. Revolting.

“Even as a legend driven to action by greased cartridges, Aamir sure digs the ham. The constantly-furious actor is in a state of perpetual seething, and this overdone intensity makes sure the audience doesn't relate to the caricature he plays. He glares, he yells, and gruffly turns around to march his way solo, his ponytail bobbing crossly behind him.”

“Then, inexplicably, there are the women. Rani Mukerji plays a bosom-baring prostitute christened Heera, in love with Mangal. The two cavort merrily during Holi celebrations, a day after plans to freeIndia have been hatched, and his Brahmin background that previously forbade him to come in contact with untouchables seems forgiving enough when he wetly embraces this nautch-girl.” 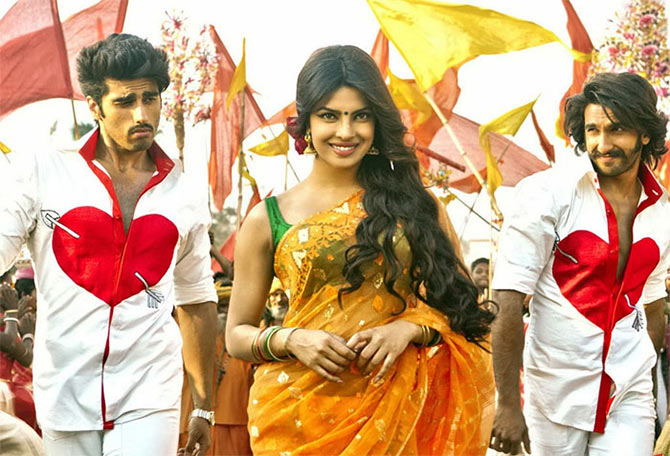 A blatantly homoerotic film that exasperatingly — and overcompensatingly -- kept thrusting its testosterone in our faces, Ali Abbas Zafar’s Gunday is an absolute monstrosity. If you’ve watched this, my commiserations.

“Chests shaven, oiled and heaving -- in sickeningly slow-motion -- Ranveer Singh and Arjun Kapoor consistently look at each other with maddeningly lusty eyes. Theirs is a physically demonstrative friendship, to the extent that whenever Ranveer hugs Arjun he sinks his face into the nape of Arjun’s neck, and when they are both aroused by the sight of Priyanka Chopra inserting herself into a classic song, the sexiest in Hindi film history, they feel the need to immediately hold each other’s hands.”

“It coulda been a progressive film if it wasn't constantly trying to call itself macho. They could have called it Gun-Gay, but that'd mislead us into believing this could be a quieter film.” 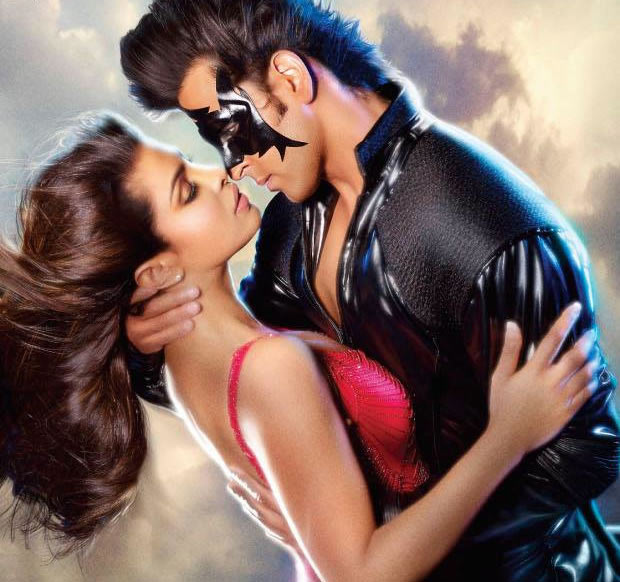 Not just is Rakesh Roshan’s Krrish 3 a poor superhero film, but -- as evidenced by a twenty-minute commercial for wristbands spread across the narrative — it’s also one of the most shameless things of all time. Abysmally bad.

“There are two Hrithiks, and it’s harder to say which is more excruciating. In one corner is old Rohit The Demented, a developmentally-disabled old man an alien refused to cure a couple of movies ago. If you close your eyes (which is not bad advice at any point during this film) he sounds like an Anil Kapoor mimic trying to do a very drunk voice. He’s a scientist, however, which means he is fiendishly smart and at least knows what he’s doing. His son, Krrish, has become bewilderingly stupid since we last met him, probably because the filmmakers want to make sure we don’t confuse his role with that of papa. There is thus much BigMoose-ian lumbering about in alarmingly tight vests, except when he’s Krrish and his jaw is perpetually quivering with rage. That or the mask is way too snug.”
“And there’s the baddie. “Fusion is the future,” says Vivek Oberoi’s Kaal, sounding for all the world like Bally Sagoo did back when he mattered.”

Not A Love Story 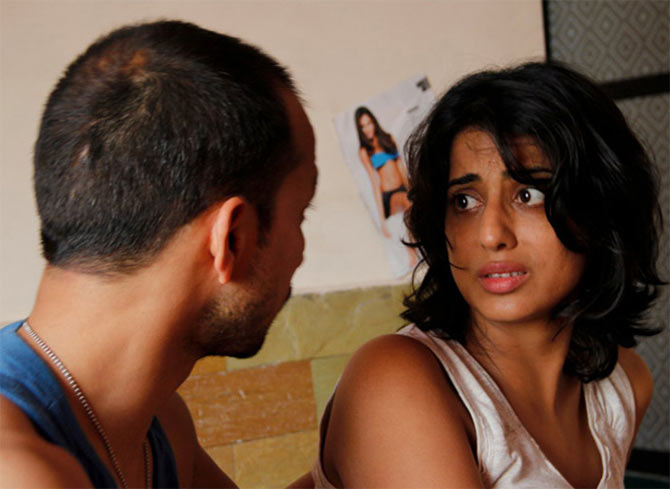 Image: Deepak Dobriyal and Mahie Gill in Not A Love Story

Ram Gopal Varma isn't the director he once was, and while many of his projects over the last decade could well make it into a worst-of list, this bizarre take on a true story about crime is the most heinous of his recent efforts.

"Ram Gopal Varma has long been a proponent of the voyeuristic lens, the one that sneakily, surreptitiously, shamelessly thrusts a sexual angle right in our faces, occasionally effective enough to nudge the viewer into guilt. This, in theory, may well be intentional, the filmmaker offering up a trick-mirror to the audience to shame them into submission.”

"Of late with this particular director, however, we've mostly just been rolling our eyes. And in his latest film, as a girl mopping the floor clean of blood has the camera trying to peek down her blouse, or later when it swivels inexplicably up her dress to briefly show us the colour of her undergarments -- this while she's torn and emotionally traumatised and trying to cope -- it's hard not to label the exercise as pornography. This is Varma at his most sexploitative, milking a already-sensationalized real-life murder and labeling it a crime of carnal passion.”