The BEST of NTR Jr

Before we watch NTR Jr in S S Rajamouli's RRR, it's time to look back at his previous big hits.

Subhash K Jha picks the actor's best on his birthday on May 20. 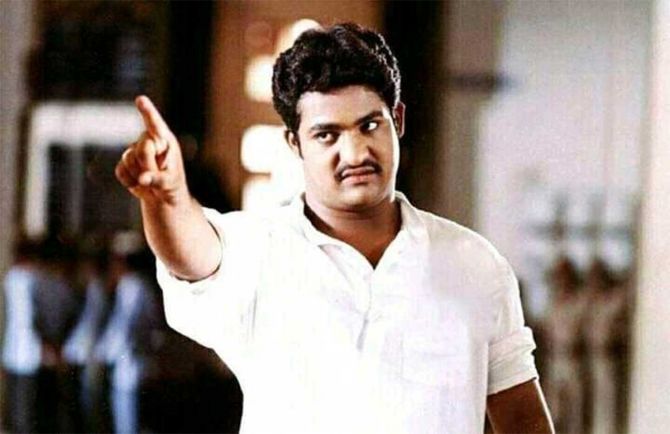 IMAGE: NTR Jr in Student No 1.

Once upon a time, Director S S Rajamouli was known for more than Baahubali.

He made his directorial debut with this campus action film.

NTR Jr's breakthrough as a leading man, Student No 1, featured him as a criminal, who is given permission to attend college.

NTR Jr is one of those Telugu superstars who can get away with murder and that's what he does in this entertaining, far-fetched, movie.

The film was a blockbuster and set both Rajamouli and NTR Jr on on their path to superstardom. 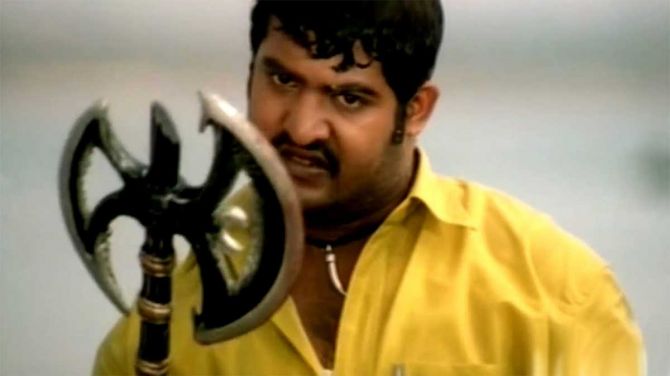 An out-and-out NTR Jr vehicle, this too was directed by Rajamouli.

NTR plays an orphan who would go to any length for his adopted family, bailing them out of impending bankruptcy and disrepute with the celerity of a sharpshooter determined to win gold at the Olympics in archery and shooting.

The twists and turns in the plot are mind-boggling. 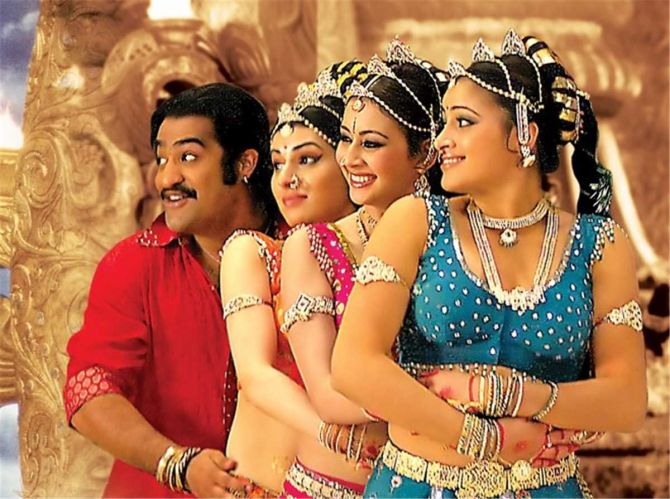 The third collaboration of NTR Jr and Rajamouli was the most absurd and the most successful of the trio.

NTR Jr plays an orphan in love with a wealthy girl (Priyamani).

Her greedy relatives capture her wealth and treat her like a house help until NTR rescues her.

He dies and goes to heaven, where he has long dialogues with Yama Raj (Mohan Babu). 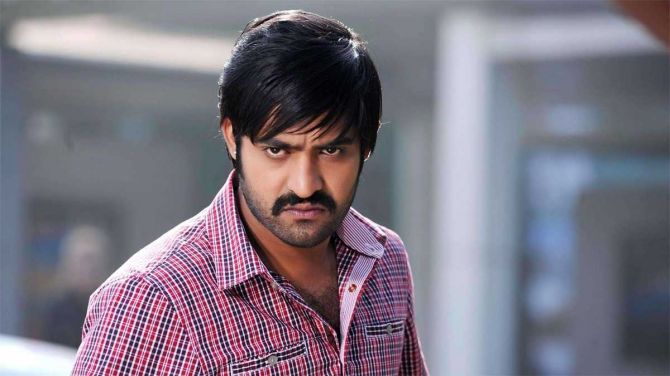 Moving away from his lucrative collaboration with Rajamouli, NTR Jr delivered a roaring hit with this potboiler about a gangster on the run.

The film's USP was its various foreign locations and elements of glamour so far missing from NTR Jr's crowd-pulling grammar.

NTR Jr featured in a double role. One of the characters was named N T Rama Rao after his legendary grandfather.

Srinu Vaitla directed the film which was originally titled Mafia and then Action.

Both titles were rejected as they were considered too dark and aggressive for NTR Jr's fans. 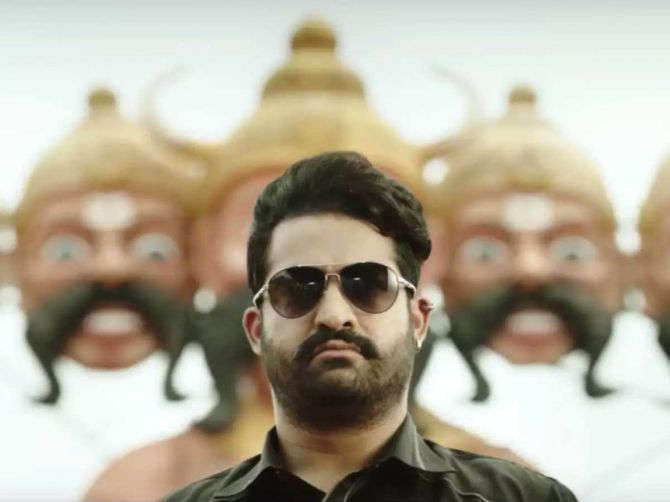 The biggest of Bollywood superstars have failed in triple roles: Dilip Kumar in Bairaag, Amitabh Bachchan in Mahaan and Saif Ali Khan in Humshakals.

Telugu cinema has its own more-the-merrier fan ideology for superstars. 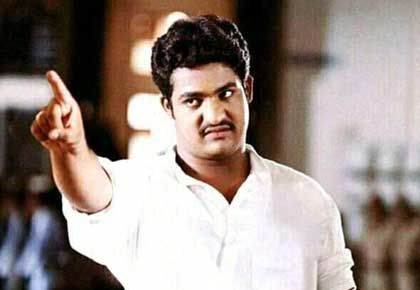 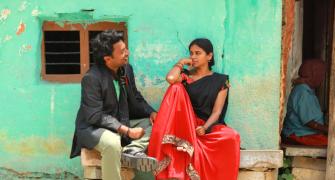 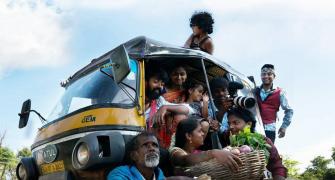 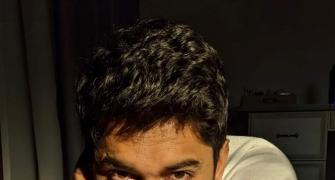 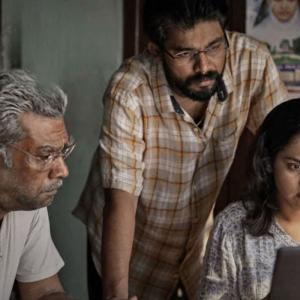 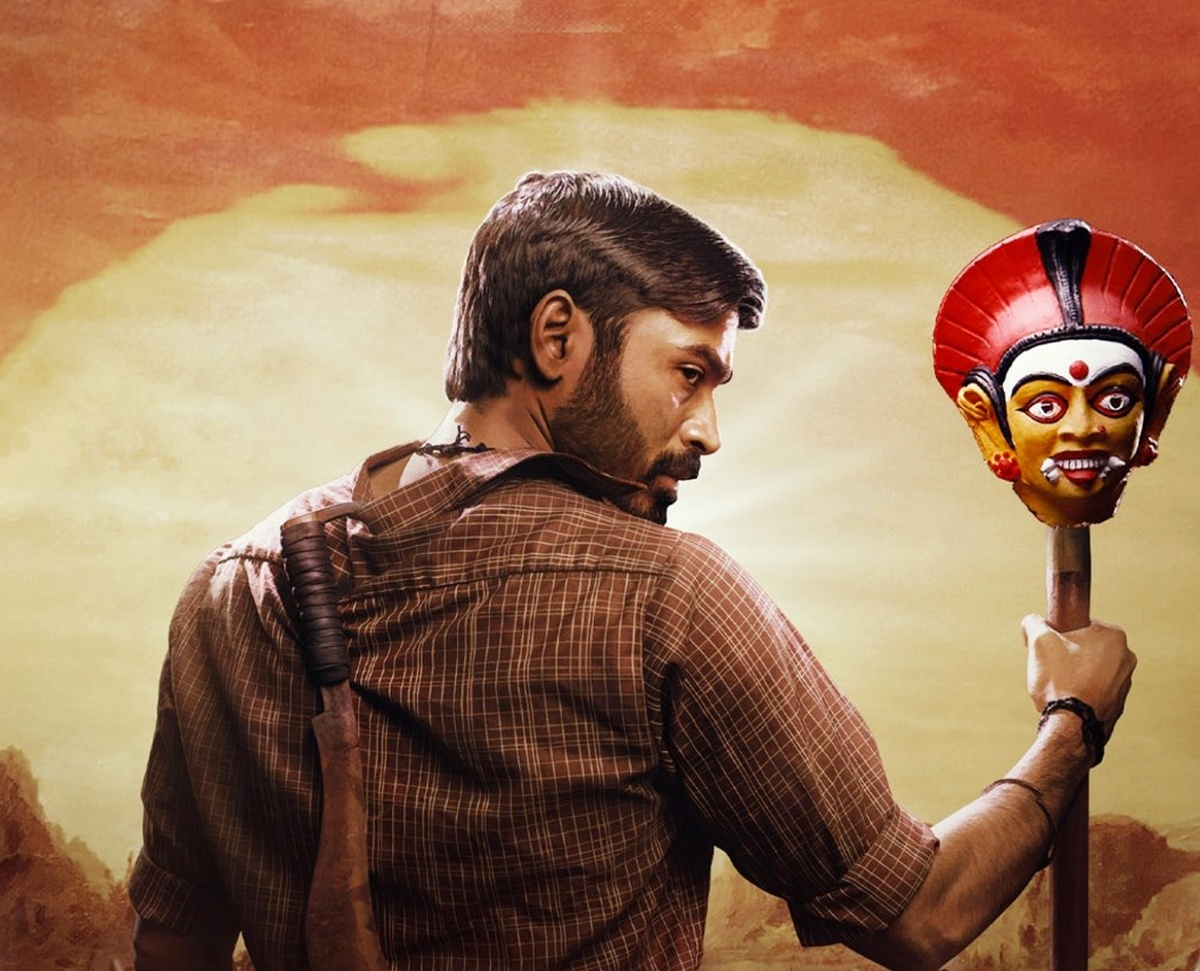