'He decided that if the looks did not match, he would not do the film.'
'We did not want a 100 percent match, but we did not want to look completely stupid.' 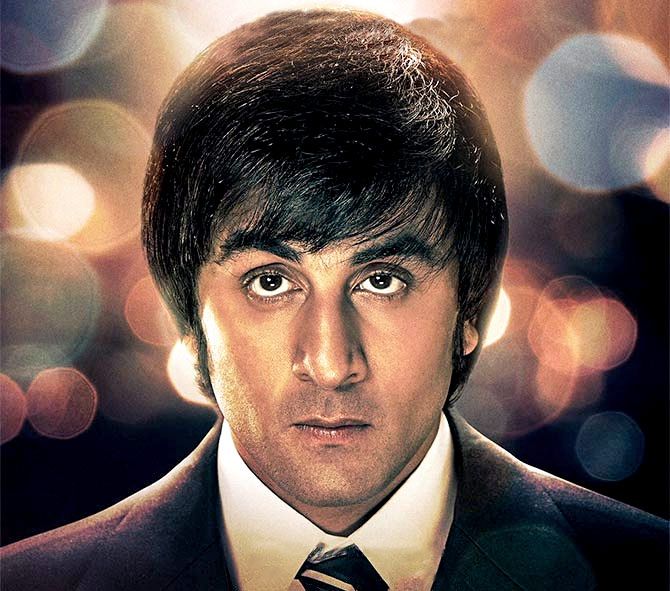 Did you know Aamir Khan wanted to play the title role in Sanju?

Rajkumar Hirani reveals all this and more about his new film.

What was it like shooting the Munnabhai bits in Sanju?

We have a section of about five minutes of Munnabhai in this film because that's the only film that father and son did together. That's why it became relevant.

It was nostalgic because we were at the same location, Dhobi Ghat (south central Mumbai). All the actors had changed, but they were wearing the same clothes and saying the same dialogues.

But I was also scared, as I felt people should not think I am only showing my film. I wanted to remove it, but Abhijat (Joshi, writer) insisted that it was relevant and that we should retain it.

I knew that story. I knew why Duttsaab had done the film. That's why Abhijat felt it was relevant. 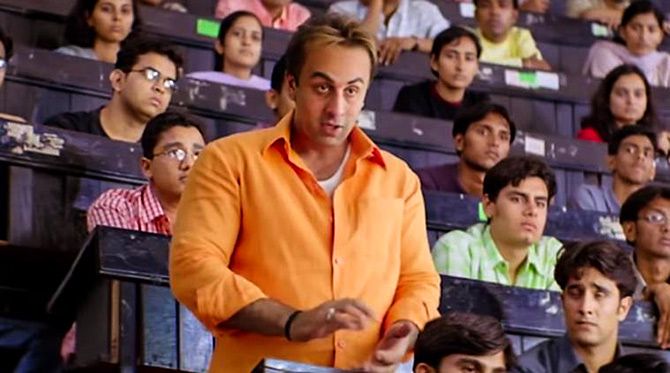 IMAGE: Ranbir in the Munnabhai scene in Sanju.

Will you move on to Munnabhai 3 after Sanju?

Yes. It has been waiting for a long time now.

The reason I was not making it earlier was because I felt the script did not match that calibre. I have four or five scripts of Munnabhai, but they don't match the previous two.

The script of Munnabhai Chale Amerika did not reach the place I wanted it to go, so we dropped that.

We have found another script, which is very relevant and interesting. It is not complete yet. 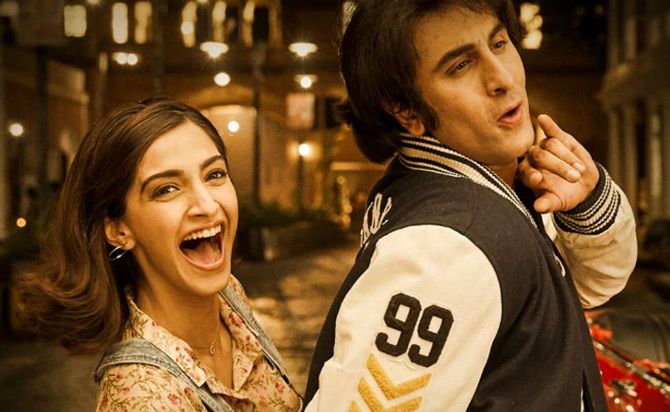 Quite a few biopics have been made, which were not entirely honest and they bombed at the box office.

We have made good biopics like Bhaag Milkha Bhaag, Dhoni, Mary Kom...

I think Sanju is very honest. We are showing the bad side of Sanju's life too. We have shown his stark nakedness.

A biopic becomes interesting when somebody makes bad choices and Sanju has made many. Bad choices make good stories.

Ranbir was going through a rough patch when you offered him this film. What made you cast him?

When the work on the script started, I felt Ranbir was the right choice.

I sent him a message, saying, 'Ranbir, let's meet up whenever you are free. I have an interesting script.'

Ranbir knows everything about who is working on which film, who is meeting whom... so immediately, he replied, 'I hope it is not the Sanjay Dutt film.'

I said it was, but that we should meet.

Ranbir knows Sanju, and a lot of his stories, well.

After I met him, there was reluctance initially, but then came on board immediately.

His biggest worry was how he would look like Sanjay Dutt. So we tackled that first.

He decided that if the looks did not match, he would not do the film.

So for the next three months, Ranbir would come to my office every day, and put on prosthetic.

His make-up would take five to six hours and after that, we would realise that it did not work. So we would scrap it and then try something new the next day.

When we started shooting, he would come at 3 am for the make-up and the shoot would start at 7 am. He really worked hard.

Once the look was out of the way, Ranbir studied Sanju. His phone had a lot of photos and videos of Sanju.

He figured out that the Sanjay Dutt we see today -- his walking style, mannerisms, his body and his bent -- all came in the 1990s, when he made his body.

Before that, he was a lanky fellow with no mannerisms. That's the way Ranbir played him. 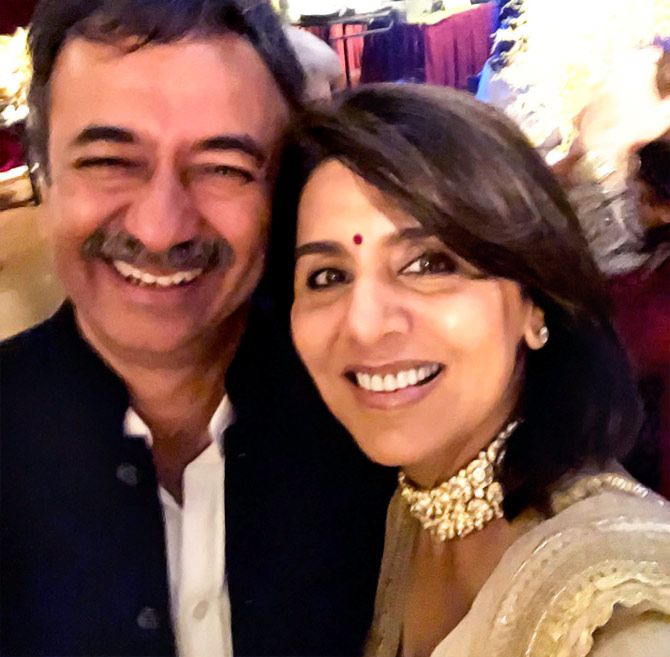 Ranbir's mother Neetu Kapoor did not like the end, and you changed the climax.

Whenever we write the script, we narrate it to hundreds of people. We narrate it in groups and take opinions from everyone.

When there is a unanimous decision on any scene, we change it.

They are never able to pinpoint what is wrong with the scene or what the solution may be. That, we have to analyse.

Even after the film got made, we hold a lot of test screenings and learn from our viewers about what is not working.

Sometimes, we have to reshoot a scene and sometimes we edit it out.

Everyone in our office -- from the peon to the driver -- has to watch the film and not praise it, but tell us what is the problem is.

They are very outspoken and tell me every small mistakes. I don't have to take all the suggestions, just what is relevant.

Neetuji did not tell us to change. I don't remember what exactly she said, but after she read the script, there were multiple changes anyway.

Was Aamir Khan supposed to be a part of the film too?

Aamir is more of a friend to me. When we write something, we read it to him. When he gets a script, he narrates it to us.

When I wrote this script, I asked him for suggestions.

If you have worked with someone and have had a great journey with him, you feel he should be in your other films too.

Like, when we were going to start shooting for 3 Idiots, I remember Sanju had called at midnight to congratulate me.

He asked me where I was, and I said we were at my office, rehearsing.

After that, he landed up at the office.

I got nostalgic and wondered if I could fit Sanju in the script anywhere.

I wrote a special scene in 3 Idiots just to fit in Sanju and Arshad (Warsi).

It was a scene when they (R Madhavan and Sharman Joshi) reach Ladakh and meet two characters there. But then I felt I was not doing justice to the script and dropped it.;

The same thing happened when I was making Sanju. I felt Aamir should be in the film too.

Aamir was ready for it, and I joked, "Why don't you do the father's role?"

When I went to his house, he said he was playing an old man in Dangal.

If he played another old man, he said his career would be over.

He asked for Sanju's role. But Ranbir was apt for it, and even Aamir knew that. 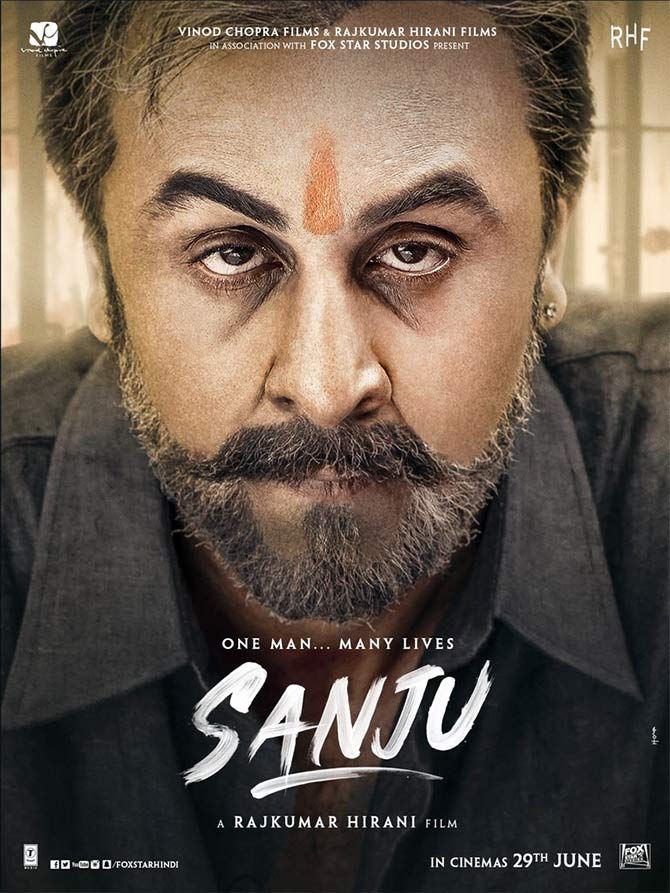 Salman Khan felt the last few years of Sanjay Dutt's life should have been played by himself. Do you agree?

I had thought about him playing Duttsaab.

If Sanjay Dutt had acted in the second half of his life, that would look abrupt.

You are watching the film with Ranbir Kapoor and suddenly, Sanjay Dutt comes in.

His voice would change, the link of the movie would be broken. It's better to age the same actor to make him believable.

Secondly, how can you work in your own biopic?

People feel the story is a makeover for Sanju. Imagine if he works in the film! 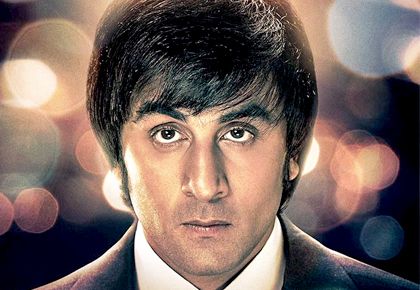 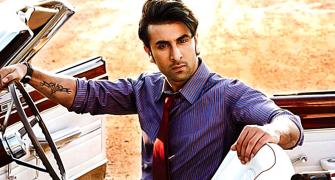 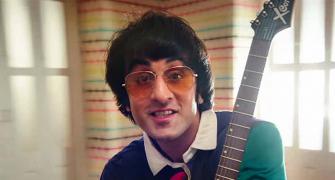 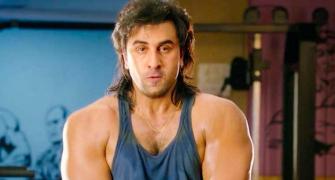 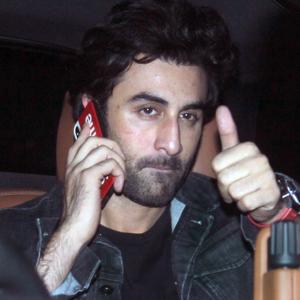 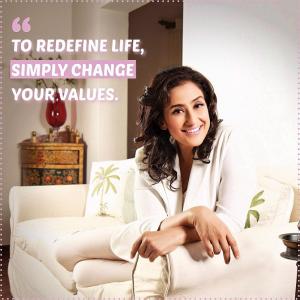